Burqah is a rather unremarkable village. It has never taken center stage in the fight against the occupation nor has it been subjected to extreme punitive measures. In fact, we chose to focus on Burqah precisely because it is unexceptional, as a case in point demonstrating what life under occupation is like for Palestinian villagers. Burqah is a small, picturesque village, surrounded by fields. Like many other villages, it endures severe travel restrictions which isolate it from its surroundings. It is also subject to massive land-grabs and restrictive planning, all of which have turned it into a derelict, crowded and backward village with half its population living at or below the poverty line. For the full report, click here. 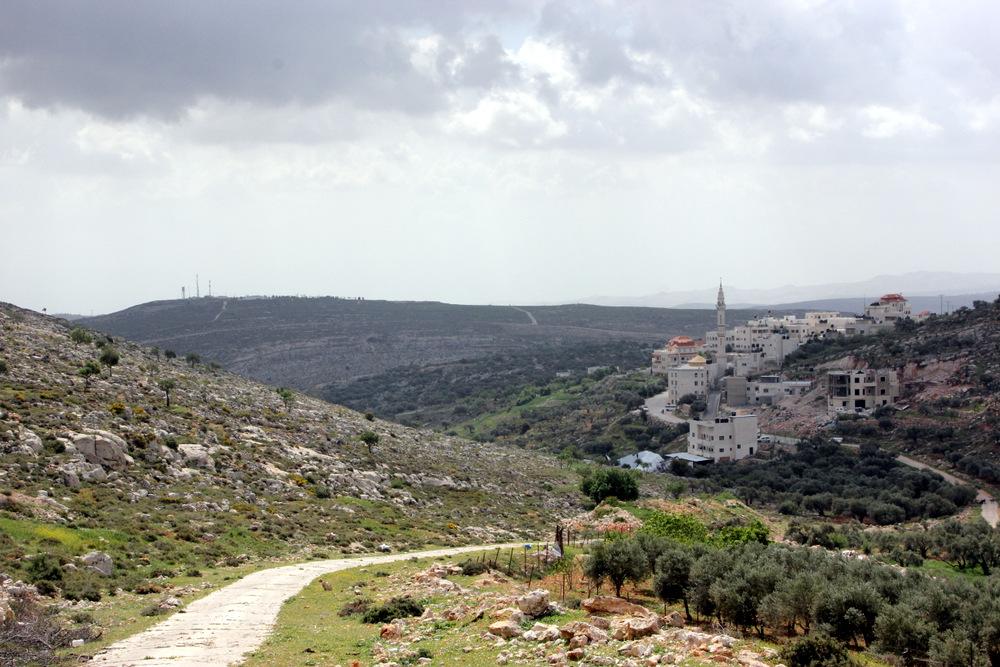 The village of Burqah is located roughly 3 kms east of Ramallah. Route 60, the chief traffic artery in the West Bank, runs east of the village and through its lands. 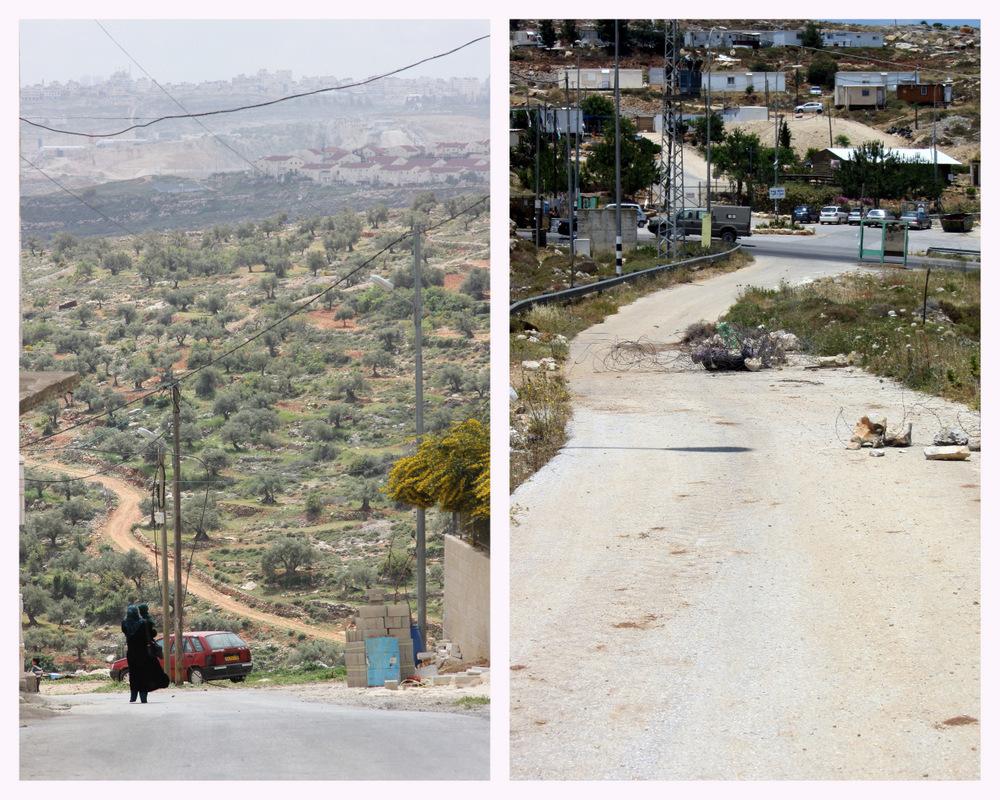 Burqah is now surrounded by settlements, some designated settlement outposts: to the north – Giv’at Asaf; to the west – Psagot, to the south - Kochav Ya'akov; and to the east – the remains of the Migron outpost, which was partly evacuated. 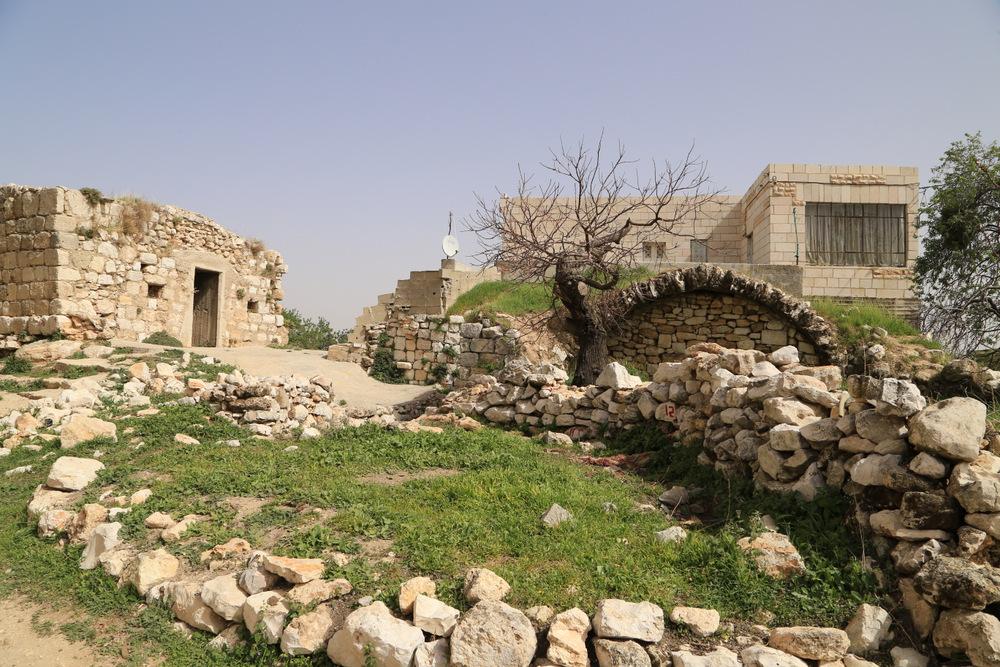 The site has been inhabited for the past 2,000 years; archeological artifacts from the Hellenic-Roman period through Ottoman times have been found in the village. 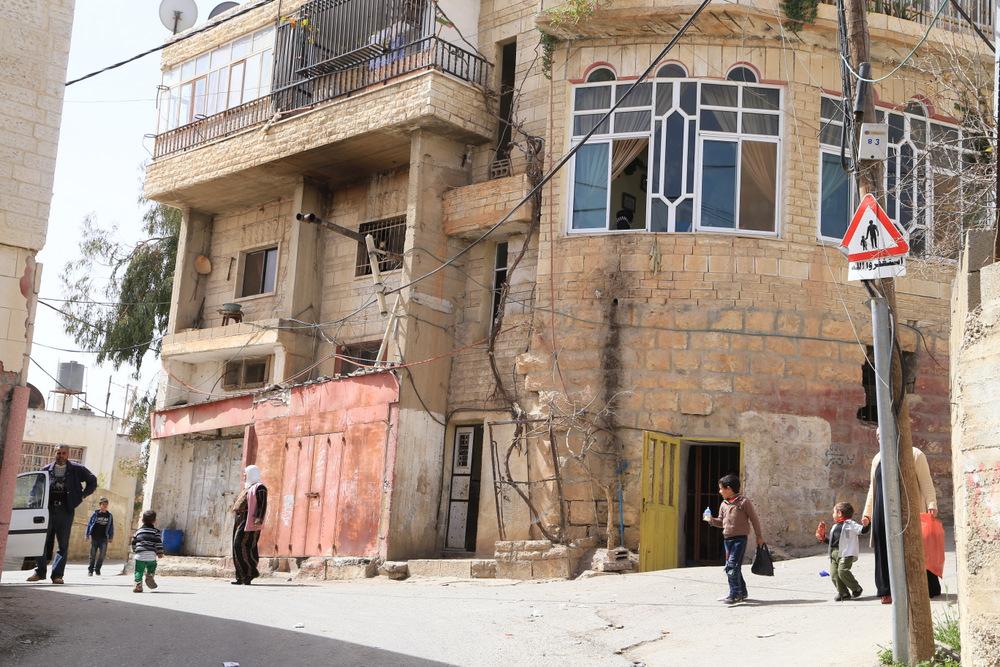 Villagers face a severe shortage of residential units and public facilities, even if they own land. 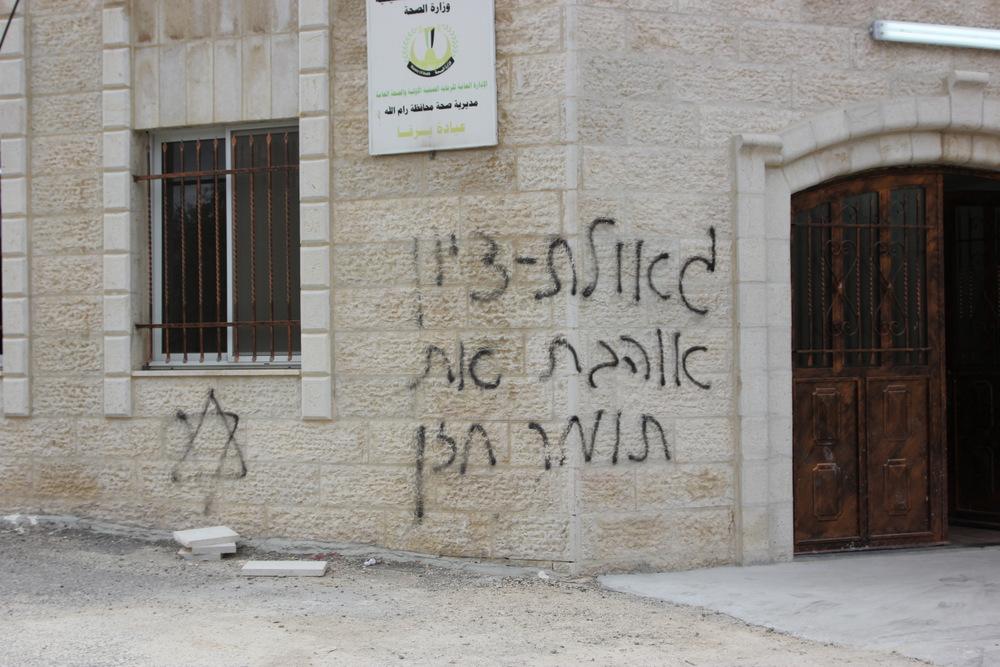 Graffiti spray-painted on a-Nur Mosque. Settler violence and the presence of settlers on villagers’ lands keep residents from accessing some of their land. 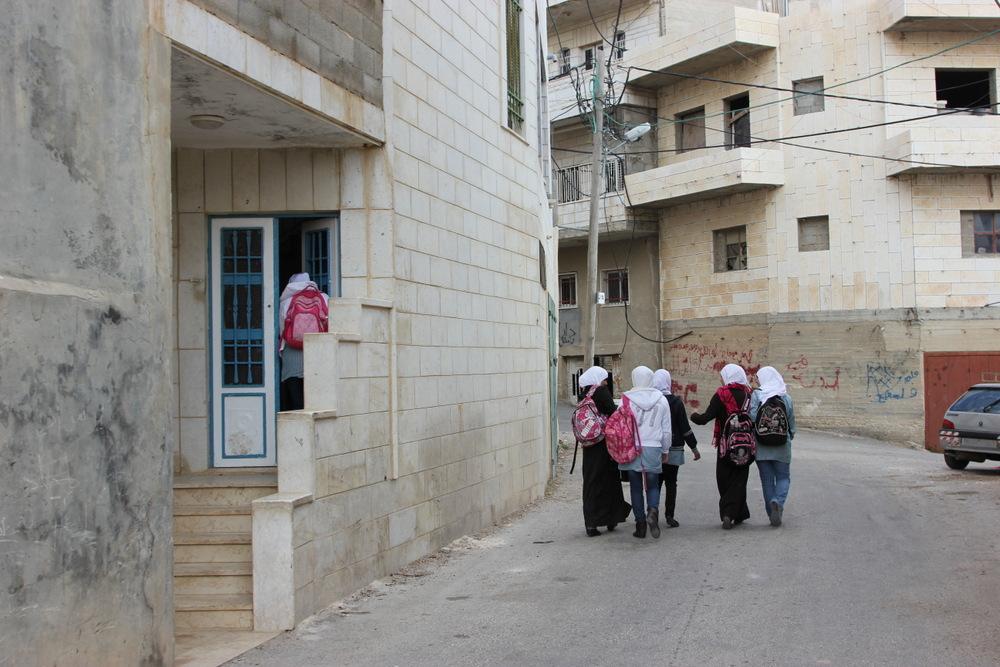 Even individuals who manage to complete their academic studies are often hard put to find a job. The majority of women are unemployed. 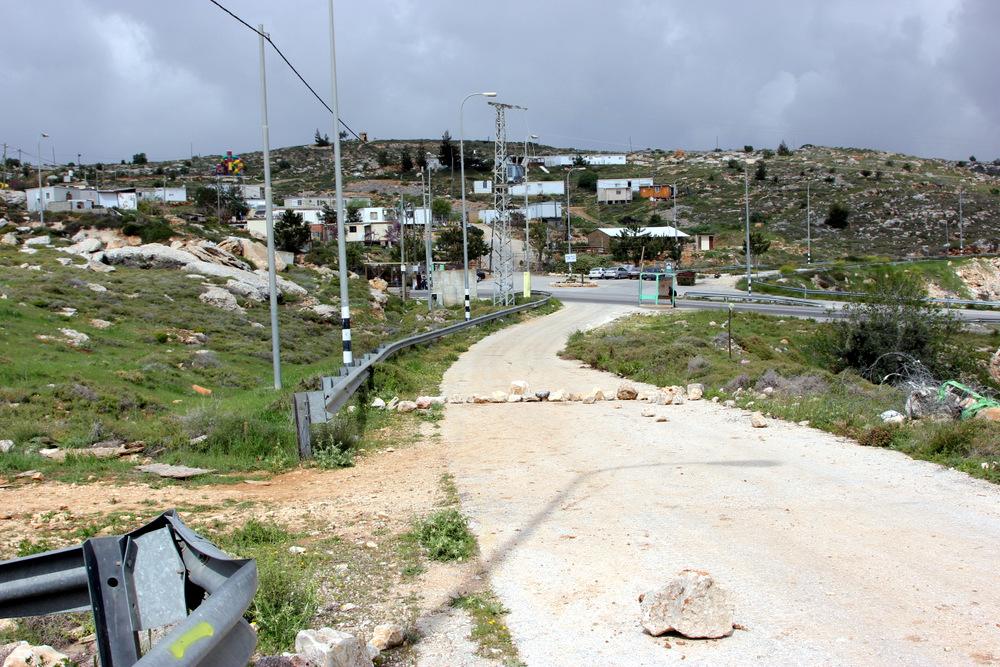 Stone roadblock on access road to Route 60, by Giv’at Asaf. The direct route from Burqah to Ramallah has been blocked off by Israeli security forces since 2001. A year later the alternate route – via Route 60 – was also blocked off, even though Route 60 was built on villagers’ land. 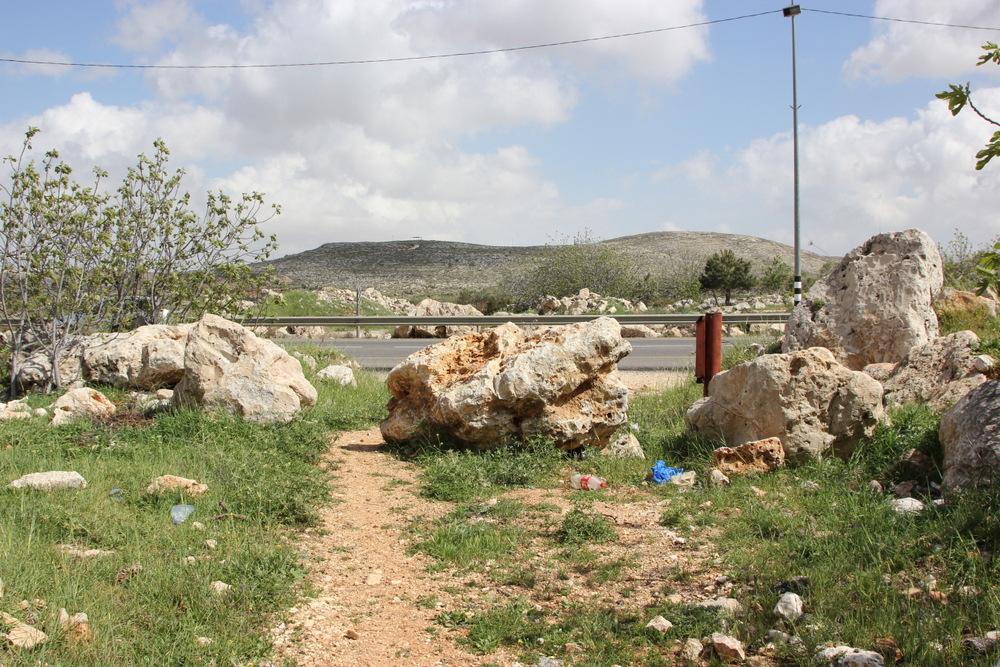 Also blocked: Dirt track to Route 60 via nearby village of Beitin. 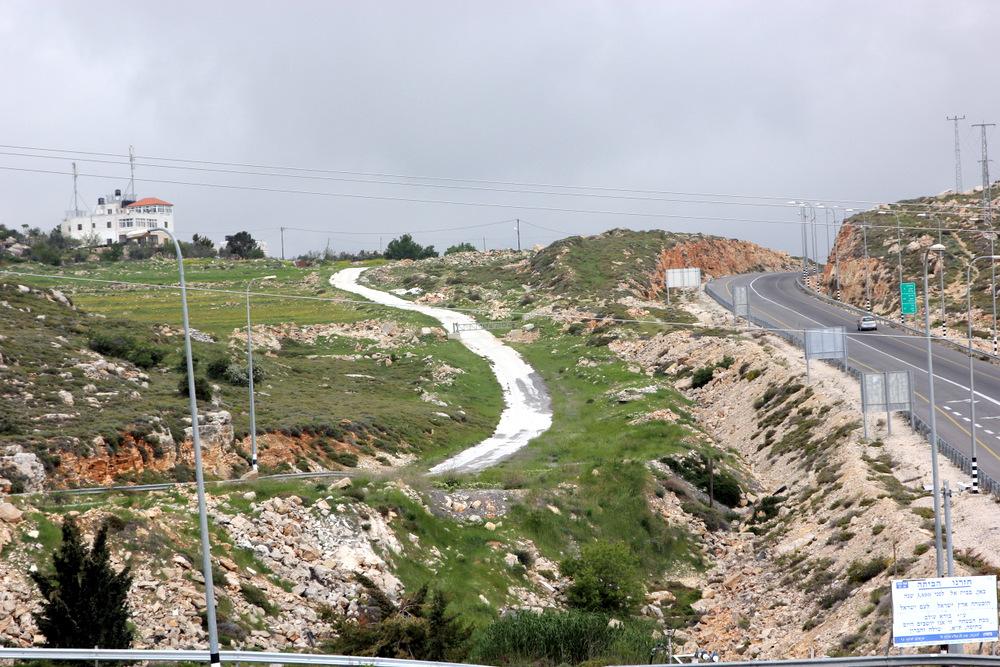 In theory, Burqah residents could reach Ramallah by Route 60, which was built on Burqah land, yet the villagers have no direct access to it. 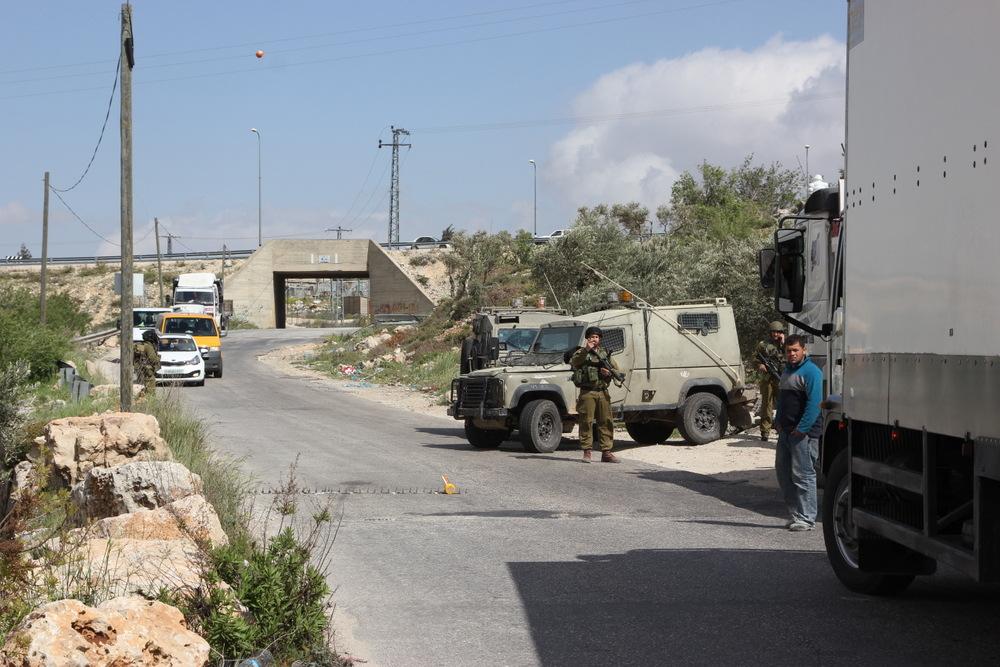 Another obstacle along the lengthy journey to and from Burqah: A flying checkpoint placed by Israeli military on the long, winding road through the village of ‘Ein Yabrud to Route 60.