Scores of farming-shepherding communities, home to thousands of Palestinians, dot the landscape of Area C, which comprises some 60% of the West Bank. For decades, the Israeli authorities have been implementing a policy aimed at driving out some of these communities. They have made living conditions miserable and intolerable in an attempt to get residents to leave, ostensibly of their own volition.

For decades, the Israeli authorities have been implementing a policy aimed at driving out scores of communities, that are home to thousands of Palestinians. They have made living conditions miserable and intolerable with a view to establishing facts on the ground and taking over these areas.

Under this policy, authorities prohibit any construction of residential or public structures in these communities, refuse to hook them up to the water and power grids, and decline to pave access roads to the communities. When, in the absence of any other alternative, residents build without permits, the Civil Administration (CA) issues orders to demolish the structures. While these orders are not always carried out, the threat of demolition looms constantly over the residents. In some communities, families have had their homes demolished several times. The CA also destroys infrastructure laid or installed by the residents themselves – such as rainwater cisterns, roads and solar panels for generating electricity – and confiscates water tanks or cuts water pipes.

Over the years, Israeli officials have stated their intention of forcing certain communities to relocate to so-called “permanent sites”, with the declared objective of improving their standard of living. In fact, the plans – the full particulars of which have not disclosed – are meant to constrain the Palestinian residents to narrow confines within urban areas, thereby limiting their ability to make a living as shepherds and farmers. This, in turn, will achieve the Israeli objective of dispossessing the residents of their land and using it to benefit Israel. As with most other aspects of life under occupation, plans were drawn up by Israeli authorities without consulting or involving the communities’ residents, who have no political power – or even representation as a mere formality – in the decision-making processes. This conduct is particularly deplorable with regard to these particular plans, as they dictate a radical change in the residents’ lifestyle and their ability to make a living. To date, none of the declared plans have been carried out.

The authorities’ efforts center on three areas in the West Bank:

The Israeli authorities’ unlawful conduct in this regard is motivated by a political ambition publicly stated by various officials on a number of occasions. They aim to establish facts on the ground and take over these areas so as to establish conditions that would facilitate their actual annexation to Israel as part of a final status arrangement, and until that time, annex them de facto. Meanwhile, for decades, Israel has, been repeatedly, systemically and blatantly violating the human rights of the residents of these communities.

This policy runs counter to the provisions of international humanitarian law, which prohibit the forcible transfer of protected persons (unless carried out for their own protection or for an imperative military need – exceptions that do not apply to these Palestinian communities). The prohibition on forcible transfer is not limited to transfer by physical force, but applies also to instances in which people leave their homes involuntarily or because they or their families were pressured into it. Departure due to impossible living conditions created by the authorities – through, for instance, demolishing homes or disconnecting them from electricity and running water – is considered wrongful forcible transfer. This constitutes a war crime for which all those involved bear personal liability. 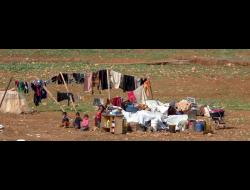