Testimony: Effects of Israeli restrictions on the "Jericho Resort Village", May 2011

I am manager of Jericho Resort, which is owned by Jericho Motels. The village was built at an investment of nine million dollars put up by Palestinians and was opened in January 1999. It has 104 rooms and apartments, swimming pools, restaurants, and conference rooms. When it first opened, it had 110 employees, and its hotel had four stars. Prior to October 2000, occupancy was more than 75 percent, which was beyond all expectations. Forty-five percent of the tourists were foreigners, 20 percent were from internal tourism, and the remaining ten percent were participants in conferences and workshops.

During the second intifada, Israel built a massive trench around Jericho, closed the main entrance to the city from the north, and placed permanent barriers at the other entrances to the city. As a result, all reservations to the resort were cancelled. In January 2001, the resort’s management decided to close it down, and it dismissed all the employees except for 15 guard and security personnel. The company lost 20 million shekels, at least, and had trouble repaying the bank loans and the interest on the debt.

In 2005, part of the resort reopened, but occupancy did not exceed 10 percent. In 2007 or 2008, occupancy reached 25 percent, the increase resulting from an easing in crossing the checkpoints, primarily the one at the southern entrance to the city, where Israel began to allow tourists and residents from the West Bank to cross.

Now, there are still stringent security checks and delays at the checkpoints, which prevent the tourism from regaining its former magnitude. Sometimes, tourist buses have to wait at the southern entrance to the city for a few hours before being allowed to cross, regardless of the direction they come from. The checkpoint at the northern entrance to the city is still closed to Palestinians from the West Bank who do not live in the Jordan Valley, and the main entrance is still blocked. I think that, if it were open, occupancy could jump by 20 percent. We are located next to that entrance. Today, a traveler from the northern West Bank who wants to enter the city has to drive along Route 60 to the checkpoint at the southern entrance and enter from there. This adds half an hour on the road and makes the trip more expensive. That, I believe, is the reason that people don’t come.

In 2009, there was further improvement and we opened all the resort’s facilities, but the occupancy still is no higher than 55 percent, 30 percent is from foreign tourism and 15 percent is internal. In recent years, there haven’t been conferences and work shops. We now employ 60-65 persons, and the company has begun to recover. We’ve been repaying the loans, which had reached 3.5 million dollars.

Despite its improvement, Israeli policy still harms the tourist sector. Israel prohibits Jews from entering Jericho, and there are signs warning them not to enter areas under Palestinian Authority control. When a tourist bus arrives at the checkpoint, the driver cannot enter, nor can the guide. Sometimes, we have to send a Palestinian bus to the checkpoint to bring the tourists into the city. This costs money. The resort also has to pay for the overnight accommodation of the driver and guide at nearby Israeli hotels, at a cost 30 percent higher than in the resort.

In the past year, Israel has allowed 50 Israeli guides to enter the city, but the bus drivers still are forbidden, and this restricts tourism in the area.

Riad Mahmud Muhammad Hamad, 50, married with three children, is the manager of "Jericho Resort" and a resident of Jericho. His testimony was given to Iyad Hadad on 27 March 2011 at "Jericho Resort". 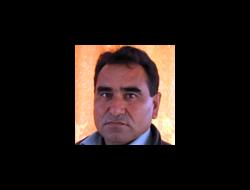 Testimony: Teacher from Jordan Valley tells of daily delays at a checkpoint on his way to and from school in Northern West Bank, April 2011