Testimony: Farmers in al-‘Uja can’t work their land due to dried-up spring, September 2010

I am a Beduin from al-Jiftlik. I’m a member of the Sa’eydeh tribe. In 1930, my family settled in a-Zur, on the western banks of the Jordan River, where they grazed their flocks and engaged in farming. Water there was plentiful. At first they worked the land of other farmers for a percentage of the crops. Later, they bought some of the land, and they also leased 500 dunams of land from the Jordanian government and worked it. We had a good, bountiful life.

In 1967, when Israel occupied the West Bank, I was seven years old. Two-thirds of my family moved to the East Bank because of the war. My father remained. Israel took control of the 500 dunams that we leased from the Jordanian government and had worked for seven years, and prohibited us from getting to them. We lost them and the chance to own them. Now they are date-palm orchards of the Yafit settlement.

In 1968, the Israelis did not allow us to go onto the land we owned, and they issued a military order to move us from the area. The order applied to some one thousand persons from three tribes. One tribe fled to Jordan, and our tribe and the third tribe moved to al-‘Uja.
We settled in houses of people who left due to the war, and we continued to work in agriculture. The land was fertile and there was lots of water, especially in al-‘Uja spring. At first, we received permits from the military government to harvest the crops on our private land that we had to leave, but that stopped four months later. Now, the land has orchards of date palms belonging to settlements and we’re forbidden to enter the area. After that, we started working farmland belonging to farmers from al-‘Uja in exchange for keeping some of the produce. We worked land east of Route 90, where we grew vegetables, bananas, and watermelons. We relied for the most part on water from al-‘Uja spring. In the 1970s and 1980s, the Jordanian markets opened and we shipped dozens of truckloads of produce. We made a good living and employed 10-20 seasonal workers. We lived very well and sent our children to schools and universities. We began to build houses from brick and mortar, without foundations or concrete reinforcement because the army didn't give us building permits.

Our financial situation was stable until the 1990s, when we began to feel the effects of less accessibility to water, which was a result of Israeli drillings. The drillings began in the 1970s and increased in the ‘90s. The spring dried up for long periods of time, and the water flow in al-‘Uja channel diminished and was limited to wintertime, from January to April. There was enough water to grow corn, and that is what we’ve grown since then. The land only used for growing corn, so it is not cultivated most of the year. This has greatly affected our income – from an average of 40,000 dinars to 10, 000 dinars a year. Expenses for seeding, pesticides, fertilizer, and tools exceeded our revenues, and we had to take loans to get by. I went 30,000 shekels in debt.

Three years ago, I had to take my three eldest sons out of school to help me support the family. They became farm laborers on settlements in the Jordan Valley. I haven’t worked for two years. I left the agricultural sector because it was no longer profitable. I had enough of the losses and debts.

My children were born in tough times, and they didn't know the good times that our family had. I take my small son to areas where we used to grow all kinds of crops and tell him how al-Uja once was rich in water, and he doesn’t believe me. He sees a desert-like, dried-up place.

Once, we could compete with the Israeli farmers. Now, we are like beggars, waiting for the truck of the vegetable man who drives all around al-‘Uja so we can buy a kilo of vegetables from him. Once, we gave presents to the tourists, now we beg for charity. It’s heartbreaking.

Hussein Muhammad Hassan Sa'eydeh, 51, married with six children, is an unemployed farmer and a resident of al-'Uja, in Jericho District, the West Bank. His testimony was given to Iyad Hadad on 21 September 2010 in al-'Uja. 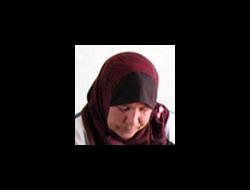