On the morning of 20 November 2012, the seventh day of Operation Pillar of Defense, a Grad rocket landed near an apartment building in Beersheba, in southern Israel, extensively damaging a vehicle and nearby homes. Two of the apartment building’s tenants described the incident to B’Tselem:

I returned from a night shift at the factory. I changed and was getting ready for bed when I heard the alert. It was about 8:00 am and my three children were home – my 16- and 18-year-old sons and my five-year-old daughter. I took my daughter in my arms; she was barefoot and hadn't dressed yet. We all ran to the stairwell and went down one floor. We heard a huge explosion.

I handed my daughter to my older son and ran back to the apartment to get dressed. When I walked into the apartment, I saw that it was seriously damaged. There was wreckage and broken glass everywhere. I ran out.

The Home Front Command people arrived quickly. The firefighters took a little longer to arrive. Or maybe it only seemed that way, because a car on the street went up in flames and I was afraid it would cause another explosion, from the gas or something.

My older kids were relatively okay. My little girl was upset and crying. She kept asking me: “Where will we live now?”

Then we drove over to the casualty treatment center. There was a psychologist there who spoke with her. He told me that she was okay and we went home.

I was afraid to go into the apartment because I kept thinking about the future, about where we would live. I was afraid that the entire apartment had been destroyed. Mainly I thought about the children, and about what I would do with them if we had nowhere to live. After we got back home, Property Tax officials came by. They looked things over, took pictures, and told us that we'd have to repair everything ourselves and that we'd be reimbursed in three months based on what an appraiser determined. That was it. They left and we started cleaning up.

All the window panes and frames were broken. Everything has to be replaced. Everything inside the apartment that was made of glass shattered.

I was in the kitchen, getting ready to make breakfast, when suddenly I heard an alert. We don’t have a secure room in the apartment so I ran toward the stairwell. I managed to get only as far as the apartment door. As I opened it to go out, there was a very powerful explosion.

I wasn’t injured but the house was heavily damaged. A lot of shrapnel flew in. Everything broke... All the windows broke, everything was ruined. Fire, smoke. I was very upset. It was really scary. The noise was terrible. And to think that only two minutes before the rocket fell I was in the kitchen about to make breakfast.

I barely managed to get down the stairs - I live on the third floor. Later the police came and took us out of the building. I didn’t feel well and they took me to a Magen David Adom medical treatment station. They had me there for a few hours. There were a few more alerts while I was there. Then I went home. The door was ruined, everything was ruined. It's a big mess. Tonight we'll sleep with the door open because it can't be closed.

The testimonies were taken by Helen Yanovsky,on 20 Nov. 2012, by telephone. 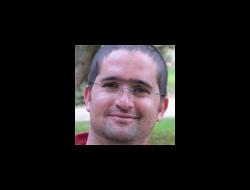