I was born at Kibbutz Yad Mordechai and I still live there. I study social work at Sapir College and manage the Shikma educational institute, with students from grades 7 through 12 from three kibbutzim: Yad Mordechai, Zikim and Carmia. I have a daughter who is four and a half years old and a one-year-old son, both born into this reality of Qassam rockets at the door.

During lulls, there’s no impact and we live normal lives, but the moment the situation heats up, that’s pretty much it, your life is over. Your children must stay close to home and the quality of life as a kibbutz resident or as just being a child in this world is reduced to living in one room of 3 square meters, the size of the secure room. Our secure room at home is also the children’s bedroom because it’s impossible to know when things will heat up, so it’s better that way…

There are good days and bad, suddenly it’s intense, then suddenly it’s calm, sometimes they get into a campaign like this and we have to leave home. For us as a family, this is our second time leaving home due to the situation. The first time was during Operation Cast Lead, when my daughter Hadar was six months old. She was younger then and it was simpler. We didn’t have a secure room at home yet, but a year and a half ago the state paid for construction of secure rooms and since then each home has one.

I am currently the principal of the Shikma Regional High School. Our students are also a community, with evening and weekend activities mainly designed to let the young people create an framework that is autonomous both socially, culturally and educationally. A few years ago, the state built a protected school and the boarding school is located in that area, so the buildings where students live and study are protected. Even when there are Qassams being launched, life goes on relatively normally. The students are very accustomed to it, maybe too accustomed.

Now we are with our students at Kibbutz Gan Shmuel (in northern Israel) – we were evacuated here because of the Pillar of Defense campaign in Gaza. If there’s an alert here now, the students will do what they do at home. They go into automatic mode in this situation. At the supermarket when someone turns on the public address system for an announcement, you can see some of them tense their muscles and crouch down. Even the sound of a truck’s brakes can make them jump.

There are children here who show behavioral regression. I know that some are unwilling to sleep anywhere in a house except in the secure room, even on ordinary days. Even though they are 13-14 years old and have siblings who are 5 or 6, they all sleep there and they aren’t willing to sleep alone; they are afraid to sleep alone.

Even cats and dogs are influenced by this situation. When Qassam rockets are falling, you can see dogs running around the kibbutz, trembling. There are also dogs that react to various noises as if they were the sound of a Qassam.

In the last round [of missiles], more than a few Qassams fell on Yad Mordechai and it’s the same at Zikim. Fortunately it was in open areas. A few days ago, a Qassam fell on the kibbutz dairy and killed some cows. You hear the whistling and you pray it won’t fall near your house. The earsplitting noise of a Qassam is terrifying; it simply paralyzes you.

Last year, I took a course in dealing with trauma, given by the local council. Most of the educational staff of the school have lived in the area for many years and are knowledgeable about Qassams. They’re experienced and have social and educational training and know how to talk and get children to talk and how to identify sensitivities and problems.

Right now, at Gan Shmuel, the students don’t have their usual routine and we are trying to keep to an orderly emergency routine. We are not their parents or their regular teachers, but in this situation, we must serve as parents and as teachers. The way things are, the homeroom teachers are like surrogate mothers and fathers, but clearly this isn’t a substitute for their parents and at times like these the children need them more than ever.

As an educational staff, we must always set boundaries for the students. It is hard to set boundaries for children outside the home and outside the usual routine, but this is not our first such situation and we’ve learned to cope. One must also be able to find a balance and understand when boundaries must be set and when the children simply need a reassuring hug. The emotional burden on them is considerable because, along with the usual adolescent issues, they must also deal with a routine of Qassams falling on their homes.

Yad Mordechai is a kibbutz for which bereavement is part of life. In every war, young men from the kibbutz have been killed and the kibbutz was under fire for years. The atmosphere on the kibbutz over time did not always allow for openness and talking about feelings and emotional problems. One of my goals, shared by the staff with whom I work, is to lead processes that will enable the students to talk and to create an atmosphere of openness and shared coping.

For me personally, things aren’t simple right now. I am here with the students at Gan Shmuel and my wife and children are with family in Atlit. For Na’ama, my wife, this situation isn’t easy. She has the two children there, it’s not her own house, and she has to maintain a temporary household there. Granted she’s with her sister, but she has to try to keep life going there. You don’t have your privacy or quiet, you’re a guest, and even if you’re with your family, there isn’t always quiet or privacy. Apart from which, I’m not there and Na’ama and the kids miss me.

There’s a lot of dissonance - about where you should be, at your job or with your family, and how to combine those things; and it looks like it may go on for some time. Based on the emails I am getting from the Home Front command, it looks as though they are preparing for an extended campaign of some weeks.

Because of the situation, right now I am also not studying. This is my last year and I want to finish up. I’m not doing the social work fieldwork component now because it’s in Kiryat Gat and Kiryat Gat is also under fire… I don’t know what will happen now with my studies.

Since the Pillar of Defense campaign began, there have been a lot of rockets landing around the kibbutz and the kibbutz is under siege right now. Even in relation to the situation we’ve gotten used to, this is an extraordinary situation now. When the campaign began, my wife and I put the children into car seats to get out of the area. Suddenly there was an alert. We tore them out of the car seats and ran to the secure room. You try to make it like a game. You have to behave confidently and responsibly with your children and convey reassurance, but you are also under terrible pressure. You are afraid for their lives and also for your own.

My parents have stayed on the kibbutz meanwhile. They are 70 and they don’t intend to go anywhere else now; that’s their home.

Paz Reizel is the Manager of the Shikma educational institute and social work student. He is married with two children and a resident of Kibbutz Yad Mordechai. His testimony taken by Noam Raz at Kibbutz Gan Shmuel on 17 November 2012.

Concerning testimonies about the "Pillar of Defense" campaign: 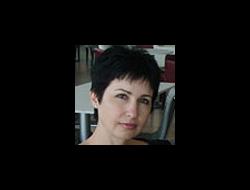