On 28 August 2006, B'Tselem and Bimkom wrote to the Securities Authority's enforcement supervisor to inform the authority about errors in the prospectus issued by Naot Hapisga Modi'in Ltd. on 22 August. Today it was reported that the company decided, following B'Tselem and Bimkom's letter, to postpone its efforts to raise capital.

In December 2005, B'Tselem and Bimkom published a comprehensive report on the route of the Separation Barrier, in which the two organizations analyzed cases in which the route was significantly affected by plans to expand settlements, and the effect of the planned route on the human rights of Palestinians. One of the cases involved Modi'in Illit, where the organizations found that the barrier was set to promote the expansion of the bloc of settlements centering around Modi'in Illit, in part by taking control of privately-owned Palestinian farmland.

On 22 August, the company filed a prospectus in advance of making a public offering of bonds and options. B'Tselem and Bimkom compared the information in the prospectus with the information they had accumulated during their investigation. They found many errors in the prospectus relating to the Naot Hapisga project that the company is building in Modi'in Illit. The errors create a false picture in an attempt to conceal some of the substantial problems that the company faces in building the project.

The claims raised in the letter are limited to the misleading information presented in the prospectus, and do not include a comprehensive description of how the project violates the human rights of the Palestinians living in the nearby villages. These violations are fully discussed in the organizations' report, which they published in December 2005.

Some of the main points made in the B'Tselem's and Bimkom's letter follow. 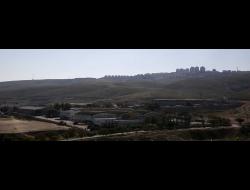 Israel to establish waste-to-energy plant in the settlement of Ma’ale Adumim, unlawfully exploiting Palestinian territory for its own needs