There are eight people in my family - my parents, my five siblings, and me.

My father and older brothers are unemployed. Only my brother Yasser, 26, and I work and support the family. We fish for a living. From 2004 to 2006, we worked for somebody and made about 25 shekels a day. In 2006, we borrowed 6,000 shekels and bought a rowboat and fishing nets.

We started fishing on our own. At first, we went out at six in the morning, rowed about 500 meters from shore, and returned about two in the afternoon. Our best month was February 2006, when we made 2,000 shekels from selling fish.

After the Israeli soldier was abducted, in June 2006, the army prohibited fishermen to go to sea in motorboats or to go far from shore. We continued to fish at a distance of about 400 meters from shore, and sold what we caught. In October 2006, the fishermen with motorboats began to go further out to sea, and we started to do the same. We would go about 2.5 kilometers from shore. When the Israeli Navy saw us, they fired. We were lucky and weren't hit by the gunfire.

On Wednesday, 10 January, Yasser and I went fishing, as usual, around six in the morning. We rowed to about 2.5 kilometers from shore and spread out the nets. Two other rowboats, with two fishermen in each, were nearby.

Around 8:15 A.M. , we began to pull in the nets. Then an Israeli naval ship approached. We wanted to flee, but we proceeded very slowly. We didn't have any chance to flee from the fast Israeli ship. When the ship got to around 100 meters from our boat, the soldiers fired in the air and ordered us, by loudspeaker, to stop and raise our hands. Our boat was next to the other two rowboats.

The Israeli ship sailed around us, at a distance of about fifty meters. They did that for some twenty minutes. In the meantime, our arms got tired. I lowered them, but the soldier shouted at me to raise them back up. Then he ordered us to row out to sea. That was hard after having kept our arms raised for twenty minutes.

When we got to about four kilometers from shore, the soldier ordered us to stop. It was around 9:30 . The soldier asked who was in charge, and my brother said that he was in charge of our boat, and the other fishermen answered concerning their boats. The soldier asked the three who were in charge to undress and swim to the Israeli ship. They undressed to their underwear. I saw that they were freezing from the cold. The water was cold as well. One of the fishermen didn't want to go into the water, and the soldier threatened to kill him. At that moment, the ship was around one hundred meters from our boats.

After the three of them got onto the Israeli ship, around 11:00 or so, the ship came to around fifty meters from our boats, and the soldier ordered me and the other two fishermen to undress and swim to them. I undressed to my underwear. It was terribly cold, I was shaking a lot, and thought I was about to die. The soldier ordered me to get into the water and swim to the ship. When I reached it, he threw down a ladder and I climbed onto the ship.

There were about ten sailors on board. One of them bound my hands behind me with plastic cuffs and blindfolded me. He did the same with the other fishermen. I stood there almost naked and shaking for about five minutes, and then one of the sailors brought a small, thin blanket and covered my shoulders with it. My chest and legs remained exposed. The ship sailed for about an hour and docked at Ashdod Port.

The soldiers brought us a pair of military shirt and pants. They took us off the ship and into a room. We were still cuffed and blindfolded. They kept us there for about three hours and then interrogated us separately. The interrogator removed my blindfold. There were two interrogators, who were dressed in civilian clothes. One was balding, tall and blond and the other was fat, with a dark complexion and black hair. The fat one spoke Arabic and the other spoke to me in Hebrew. They asked how old I was, where I lived, what I do for a living, and about the fishermen I know, the Palestinian naval police, the fisherman Hamdan Barhum, who was killed in December, and the fishermen who were with him. They also asked if I knew smugglers. The interrogation lasted for five minutes, and then they took me back to the room where I had been previously and blindfolded me.

At 07:00 they took us to the Israeli ship, which returned us to where our boats were, at sea opposite Rafah. We got to the boats about 8:30 at night. They ordered us to undress to our underwear and to swim to the boat. When we got to the boats, three of the fishermen did not find their clothes, which apparently had been blown into the sea. They remained in their underwear.

We got to shore at about 10:30 at night and ran home. I stopped off at my uncle's house because it was on the shore and closer. I took a hot shower because my whole body was frozen. Then I had a lot to eat. I hadn't eaten all day, from six in the morning.

The joints in my arms and legs hurt for about five days afterwards, and my shoulders still hurt a bit. Despite the pain, I went back to sea the next day to pull in the nets we had left. They are worth a lot of money. I am constantly afraid now, but I'll continue to fish because that is my only source of livelihood.

Amin Sa'ud Mahmud Hasuna, 22, is a fisherman and a resident of Rafah. His testimony was given to Zaki Kahil at the home of the witness's neighbors on 22 January 2007. 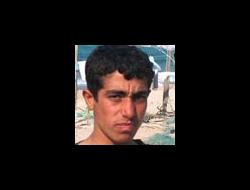 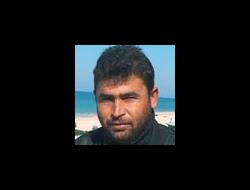