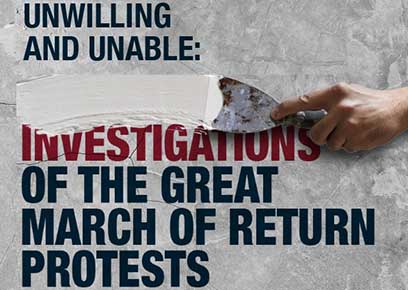 In a joint report published today, the Palestinian Centre for Human rights (PCHR) and B’Tselem analyze the investigations Israel claims to have conducted following the Great March of Return protests, which were held for about a year and a half in the Gaza Strip as of March 2018. The report shows how Israel worked to whitewash the truth and protect the political and military officials responsible – instead of taking action against the individuals who devised and implemented the unlawful open-fire policy, which resulted in the killing of more than 200 Palestinians and the injury of some 8,000 others. 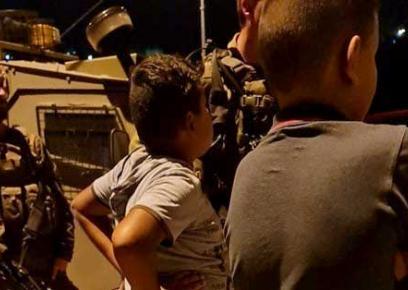 Yasser-‘Arafat Abu Birkin (Shqeir) and Yazan Qadus during their arrest. Photo courtesy of the family

On 24 Oct. 2021, soldiers entered two homes in the village of a-Zawiya and arrested two 11-year-olds. They ordered the older brother of one and the father of the other to go with them. The four Palestinians were shuttled from place to place and held in a cold trailer, handcuffed and blindfolded, until 2:30 P.M. the next day. The children, who are under the age of criminal liability, and the adults, who were not suspected of anything, were held for 15 hours without anyone speaking to them or explaining what lay ahead, before being sent home. 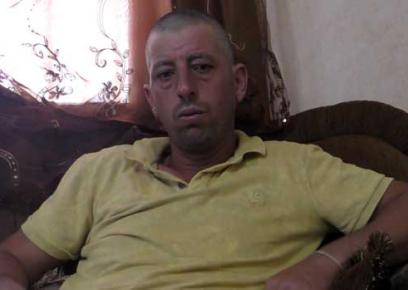 On 25 Sep. 2020, settler teens attacked members of the Tamimi family on the family’s land in Hebron. Relatives notified soldiers at a nearby military post, only to be attacked by them. One was arrested, taken to a military base, beaten again, questioned by the police – only after the soldiers – accused of assaulting soldiers and throwing stones, and released on bail. Yet another day under occupation: leisure time ending in fleeing violent teens, and complaining to soldiers ending in severe violence, false arrest and paying hundreds of dollars.
24 November 2021 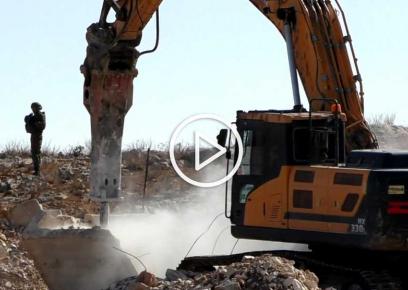 Yesterday (Tuesday, 23 November 2021), Israel embarked on a large-scale demolition campaign throughout the West Bank, in which it destroyed and confiscated dwellings, tents, livestock enclosures, buildings under construction, a road, and even a structure intended for burial. Twenty-two people, including 15 children, lost their homes in one day.
18 November 2021 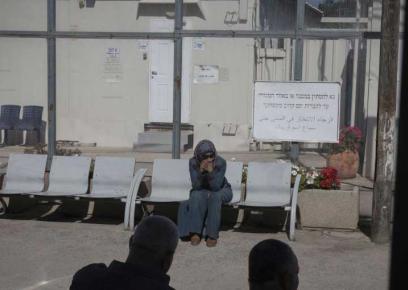 In early November 2021, Israel was holding 482 Palestinians in administrative detention, which is incarceration without trial alleging that a person intends to commit a offense. The detainees are not given the grounds for the detention, the evidence against them or their date of release. The parents of three Palestinian minors currently being held describe living in constant anxiety over their sons' wellbeing, exacerbated by Israel’s harsh limitations on family visits and prohibition of phone calls. 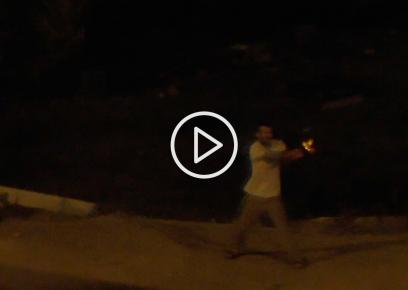 Settlers attack homes, one with live fire; soldiers shoot at Palestinians trying to defend their property

On 10 Sep. 2021, settlers escorted by soldiers threw stones at ‘Abd al-Jawad and Maha al-Ja’bari’s home in Hebron. When Palestinians threw stones to fend them off, a soldier opened fire at the Palestinians, who fled. The soldiers entered the house and another one to search for the Palestinians, while doing nothing to stop the settlers’ ongoing assault. When the settlers returned to Kiryat Arba, one of them passed by the Abu S’eifan family’s home and fired several live shots at it. 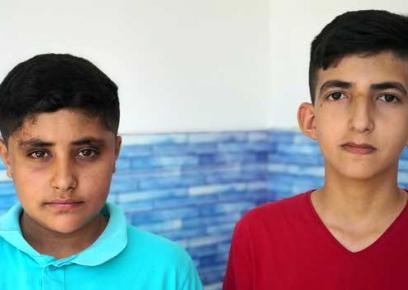 On Monday afternoon, 13 Sep. 2021, Mustafa (13) and Muhammad (15) ‘Amira were playing on family land in the village of Ni’lin, blowing up plastic bottles with detergent and foil. Soldiers attacked and arrested them and took them to a military facility. The abuse continued until the next day, with police, interrogators, doctors and court officials taking part. Every year, soldiers arrest hundreds of Palestinian minors in the West Bank and are free to treat them as they please, with the occasional complaint closed at an early stage of the “inquiry”. 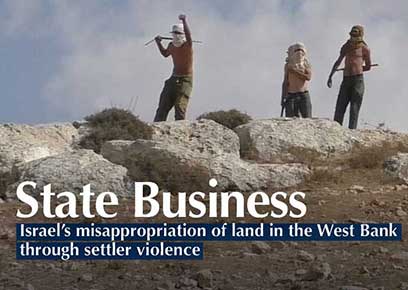 Settler violence against Palestinians is a daily matter in the West Bank. Instead of taking preventive action, the Israeli authorities aid and abet the settlers in harming Palestinians and using their land. The report shows how settler violence is an unofficial arm of the state violence Israel uses to drive Palestinians off their land. By downplaying it as a fringe phenomenon while keeping up a pretense of law enforcement, Israel enjoys the best of both worlds: maintaining room for “plausible deniability” while taking over more West Bank land. 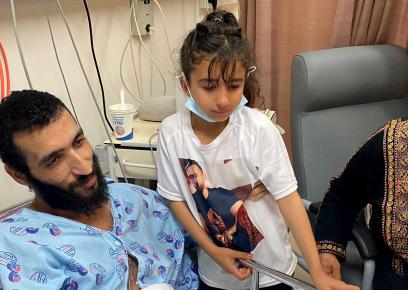 Kayed Fasfous, on hunger strike for 118 days, with his daughter and his mother

At any given time, Israel is holding hundreds of Palestinians without trial, indefinitely, for allegedly intending to commit an offense. The courts regularly approve these administrative detention orders, in a mere semblance of judicial review. The government, senior military commanders, the ISA, the MAG Corps, the State Attorney’s Office, the military judges and the Supreme Court justices – are all complicit in upholding this Kafkaesque policy. 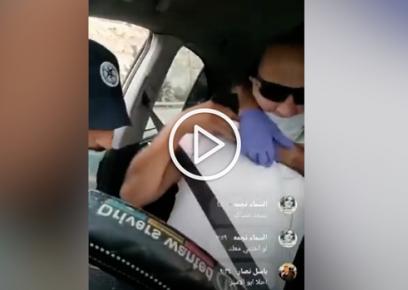 Israeli plain-clothes police attack Hebron resident traveling with his mother, damage his car and beat him

On 12 Oct. 2021, Marwan a-Zir and his mother Ra’eesah were on their way back from a family visit in al-’Eizariyah when they slowed to a halt before a checkpoint. B’Tselem’s research and video footage show they were then attacked by plain-clothes police officers, who smashed the windows and forcibly removed them. Officers beat and handcuffed Marwan, took the two to a police station and held them there for hours without food or drink, ignoring Marwan’s pleas for medical care. They were released without questioning or terms of release.