Almost 95 percent of the water pumped in the Gaza Strip is polluted and unfit for drinking. This warning was recently issued by the UN Environment Programme, the Palestinian Water Authority, the Coastal Municipalities Water Utility, and international aid organizations. They estimate it will take at least 20 years to rehabilitate Gaza's underground water system, and any delay in dealing with the problem will lead to additional deterioration in the situation and thus might extend the rehabilitation process for hundreds of years. Since it began its siege on the Gaza Strip, in June 2007, Israel has forbidden the entry of equipment and materials needed to rehabilitate the water and wastewater-treatment systems there. The prohibition has remained despite the recent easing of the siege. Reasons for the water pollution in Gaza

The water crisis in the Gaza Strip arose following over-pumping of the underground water of the Coast Aquifer. It is estimated that the amount of water annually pumped from the aquifer is roughly twice the amount of water that replenishes it. The over-pumping has been going on for several decades, from the time Israel controlled Gaza, through the period in which the Palestinian Authority was in control, and now under the Hamas government. It causes penetration of saline water into the underground water system.. In addition, the poor maintenance of the wastewater-treatment facilities in Gaza, which increased following the siege, and the damage done to the wastewater-treatment facility in Gaza City during Operation Cast Lead, led to further pollution of the underground water by wastewater, and to greater salinity. Another factor for the pollution is the waste-disposal sites in Gaza, which are not properly handled. Following Operation Cast Lead, these sites received enormous amounts of waste - more than 600,000 tons - including asbestos, medial waste, oils, and fuels. Magnitude of the pollution

The director of quality control in the Gazan Coastal Municipalities Water Utility, Eng. Majed Ghanem, told B'Tselem that an examination conducted in late 2009 in 180 wells revealed that, in 93 percent of them, the chloride level (which indicates the water's salinity) was 1,000 to 2,000 mg/liter, four to eight times higher than the 250 mg/liter amount recommended by the WHO. Water with a chloride level this high is unfit for drinking. According to Ghanem, the pollution also affects the water's color and causes its repellent odor.

In addition, an examination carried out by the UN Environment Programme on a number of wells in Gaza found that the concentration of nitrates was six times higher than the 50 mg level recommended by the WHO. This high level of nitrates is liable to cause anemia among children and methemoglobinemia (“blue infants” syndrome) among infants, which is liable to lead to choking and death. A study published in 2007, in which a sample of 340 infants from Gaza were examined, found that almost half of them suffered from troubling symptoms of the syndrome.

The Palestinian Water Authority estimates that almost 40 percent of the incidence of disease in Gaza is related to polluted drinking water. According to international aid organizations, 20 percent of Gazan families have at least one child under age five who suffers from diarrhea as a result of polluted water. A UN study published in 2009 estimates that diarrhea is the cause of 12 percent of children's deaths in Gaza. The lack of potable drinking water is liable to cause malnutrition in children and affect their physical and cognitive development. In the absence of other materials due to the siege, parts of the old barrier wall at Rafah are used to line a wastewater treatment pond there. Photo: Courtesy of EWASH.

The water pollution also harms the area's agricultural produce. According to Ghanem, the milk given by cows in Gaza is polluted, and farm crops that once characterized the area, such as oranges, have declined in quantity and quality.

Effects of the siege and Operation Cast Lead

Since the beginning of the siege, Israel has prohibited the entry of equipment and materials that can be used to improve water quality and taste, and to develop and rehabilitate the water infrastructure and the wastewater-treatment facilities in Gaza. The prohibition has remained in force even after the recent easing of restrictions, and despite the Cabinet's decision to allow the entry of building materials for projects that have been approved by the Palestinian Authority and are supervised by international organizations. The equipment needed includes water pumps, pipes, generators, computers, building cement, and chloride. Israel classifies these materials as dual-use items that are liable to be used for military purposes, and therefore prohibits their entry.

The Gazan Coastal Municipalities Water Utility currently requires 1,250 tons of cement just to rebuild water reservoirs. The Sufa Crossing between Gaza and Israel, which is intended, among other things, for the transfer of building materials, has been closed since March 2009. The by-laws of the international organizations prohibit them from purchasing cement smuggled into Gaza through tunnels, for the rehabilitation projects.

The lack of construction materials and replacement parts has also led to greater loss of water from the supply network in Gaza. Prior to the siege, the loss had been 30 percent of the amount of water supplied to consumers, generally resulting from leaks in the pipes. In 2009, the loss reached 47 percent, according to figures of the Coastal Municipalities Water Utility.

The Gaza Strip's power station has been working at partial output since Israel bombed it in June 2006. There is also a shortage of industrial fuel needed to operate the station, following the disputes that arose between the Palestinian Authority and Hamas regarding its funding, which has led to frequent power outages. The outages prevent the wastewater-treatment facilities from completing the 14-day treatment cycle and also impair the frequency of water supply to houses. According to UN figures, water is supplied to houses in Gaza City for four to six hours once every five days, and in the rest of the Gaza Strip for four to six hours once every three days. Due to the low pressure, the water does not reach the top floors in tall buildings. Most of Gaza's wastewater now flows to the Mediterranean Sea, some as raw wastewater, and some following partial treatment. International organizations have found that the shoreline near which the wastewater flows is polluted and unfit for bathing. Proper wastewater treatment would have enabled use of the treated wastewater for agricultural purposes and reduced pumping of the underground water.

Effect of the economic situation on water consumption

Due to the poor water quality, many Gazans are forced to buy water treated in facilities operated by local entrepreneurs or to use home desalination devices. The quality of the water provided in this way is unsupervised, and the lack of replacement parts and regular power supply has harmed them, too.

Since treatment of water from pollutants such as nitrates and chlorides is very expensive, the cost of a cubic meter of treated water is a high as 50 shekels (some 13 US dollars in August 2010), 10 times higher than the price paid by households in Israel. Many Gazans cannot afford this luxury: the unemployment rate in Gaza reached 39 percent in 2009, and poverty in 2007 was 43 percent. In 2007, average family expenditures in Gaza stood at slightly more than 2,000 shekels a month.

Recommendations of the UN Environment Programme

To prevent the collapse of the Gazan water economy, the UN Environment Programme recommended, a year ago, that pumping of water from the Coast Aquifer in Gaza cease. The Programme also suggested that Israel and Egypt, countries which share the water of the aquifer, formulate a joint action plan - including alternative water-supply sources, among them desalination facilities - to deal with the water crisis in Gaza. The Programme also recommended that an epidemiological survey be made to study the effects of polluted-water consumption on the Gazan population, especially on the children.

To cope with the grave water crisis in Gaza, Israel must immediately allow the entry of materials and equipment needed to rehabilitate and develop the water and wastewater-treatment systems there. Also, all the sides - Israel, the Palestinian Authority, the Hamas government, and Egypt - must take action to stop the rapid deterioration in the condition of the underground water system of the Coast Aquifer, which serves residents of the Gaza Strip, and find additional sources of drinking water for the residents. Also, Israel must take action to ensure a fair and equal distribution of the water resources shared by Israel and the Palestinians. 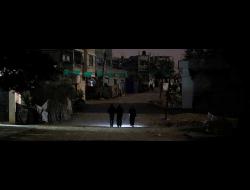 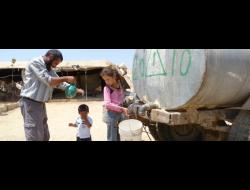