The Id’eis community in the Jordan Valley: “In just a few hours, the place was in ruins, I swear, like a war zone”

On the morning of 21 May 2014, five Civil Administration bulldozers accompanied by a considerable force of military and Border Police personnel arrived at the Palestinian community of Id’eis in the Jordan Valley. With half an hour’s notice, they demolished the homes of 10 out of 23 families and their livestock pens. The community has lived at this location since 1982.

The demolition is part of Israeli authorities’ efforts to expel thousands of Palestinians from their homes on various pretexts, in dozens of communities scattered throughout Area C. “Communities Facing Expulsion”, a new live blog B’Tselem launched today we will provide on-going updates from our field researchers on the current state of affairs in these communities and on attempts by authorities to expel them.

The photographs were taken by B’Tselem field-researcher ‘Atef Abu a-Rub and by B’Tselem camera volunteer Yusef Bani ‘Odeh, who lives in the neighboring village of Jiftlik. The captions are quotes taken from the testimony of Ne’meh Id’eis, a resident of Id’eis. 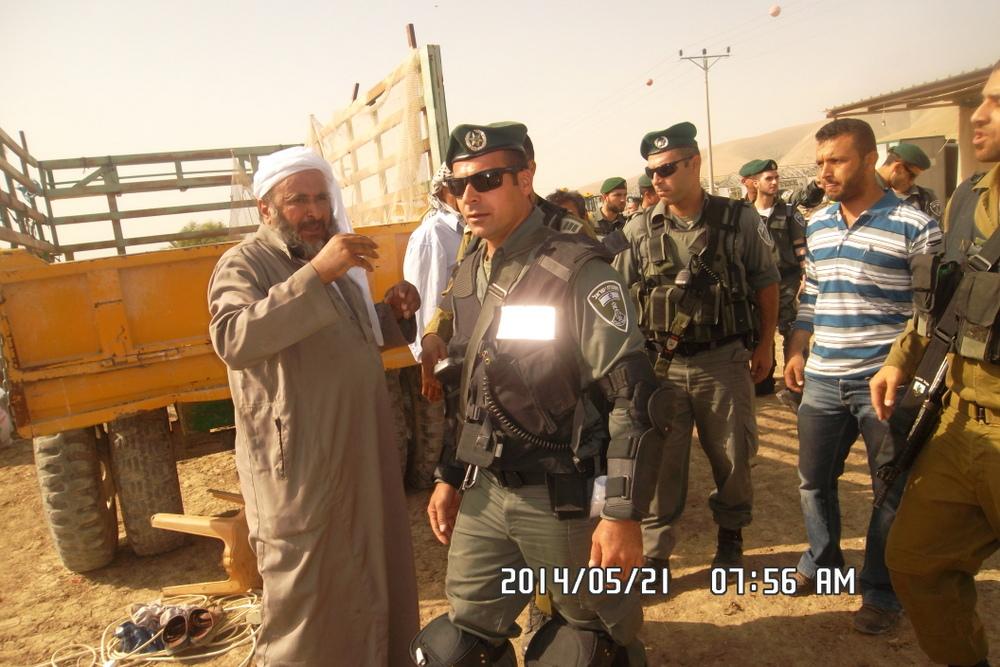 “Many soldiers, big tractors, police and cars blocked off the lands around us. They ordered us to get our belongings out of our homes, and in less than half an hour they demolished everything.” 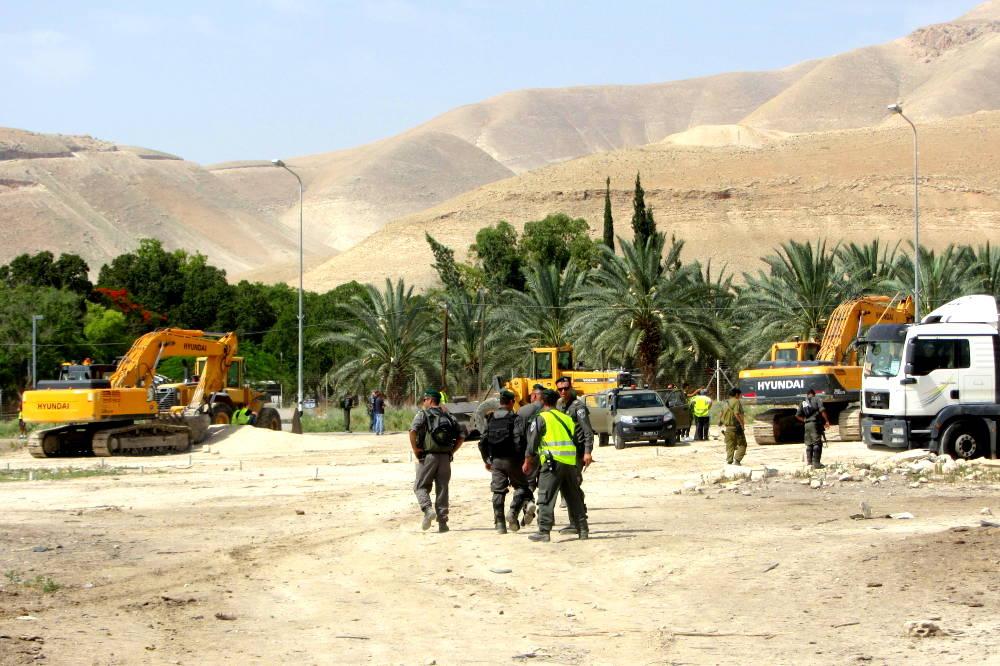 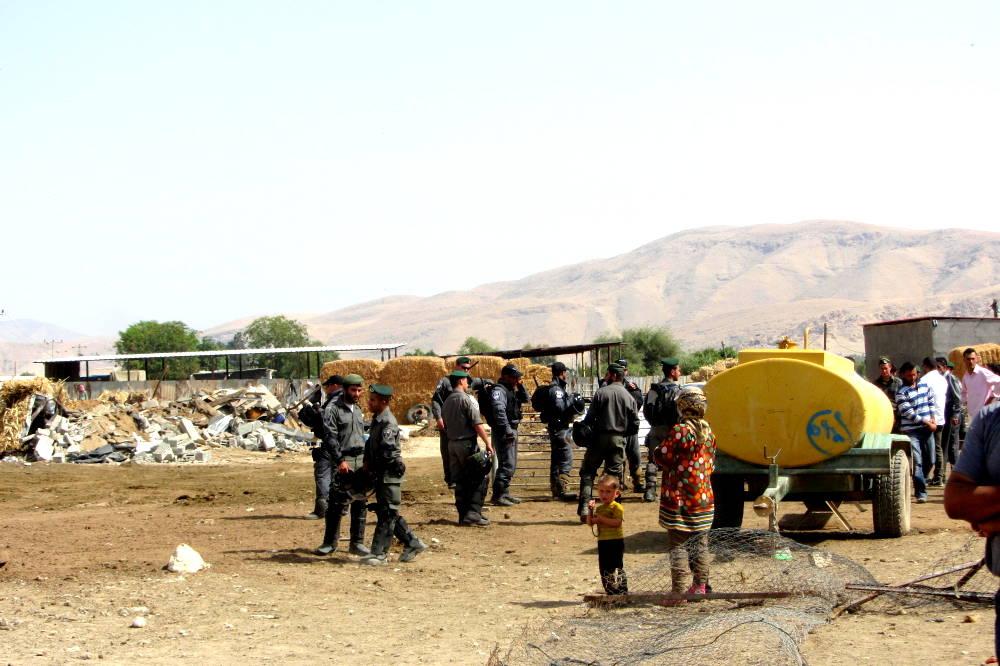 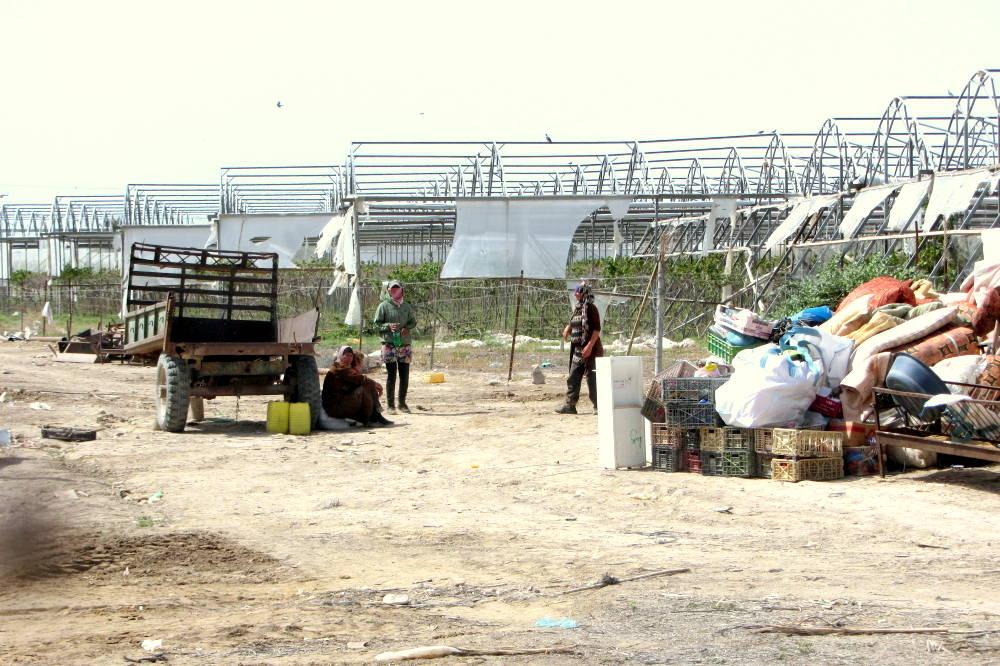 “. They didn’t leave us a roof for shelter. They even destroyed the stone oven I use to bake bread for the children. I asked them to leave it so we could eat, but it was like talking to a wall.” 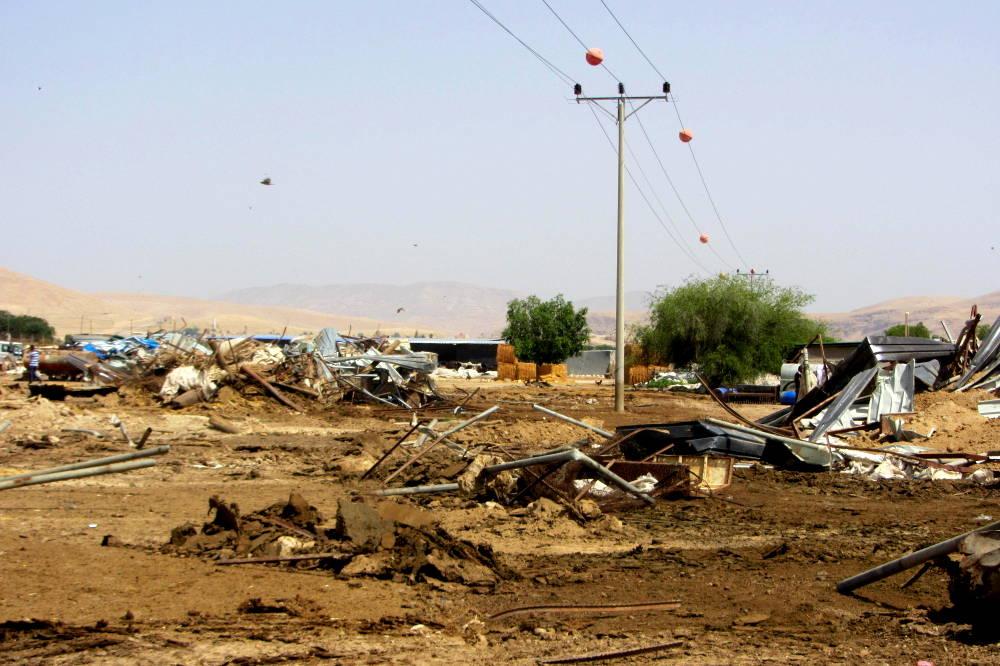 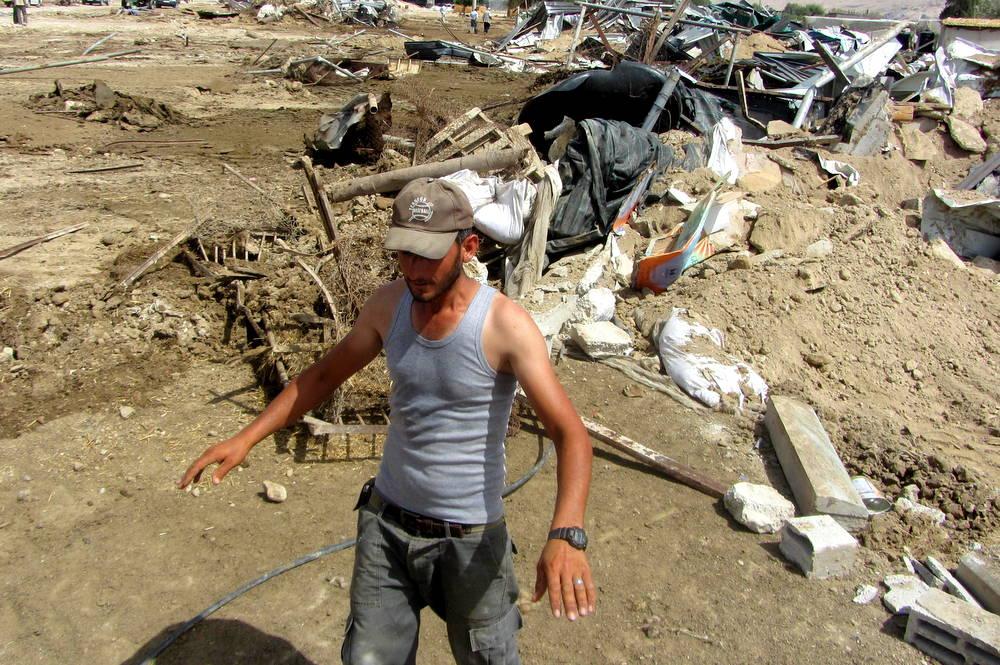 “They left no stone unturned. They left us no roof to shelter under. We were left outside with nothing. They even destroyed the stone oven I use to bake bread for the children. I asked them to leave it for us so we could eat, but it was like talking to a wall.” 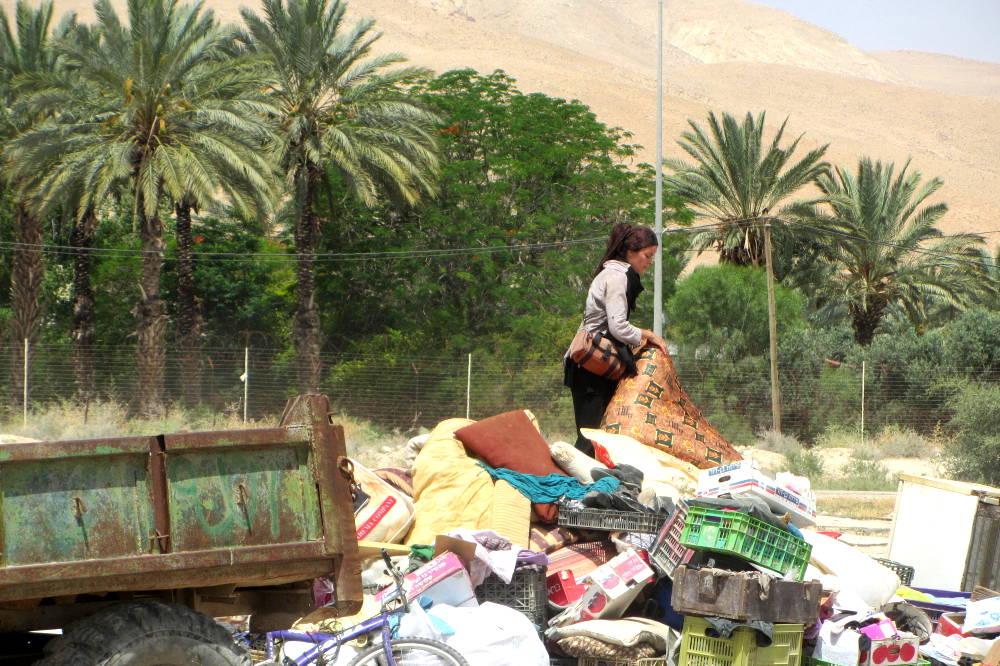 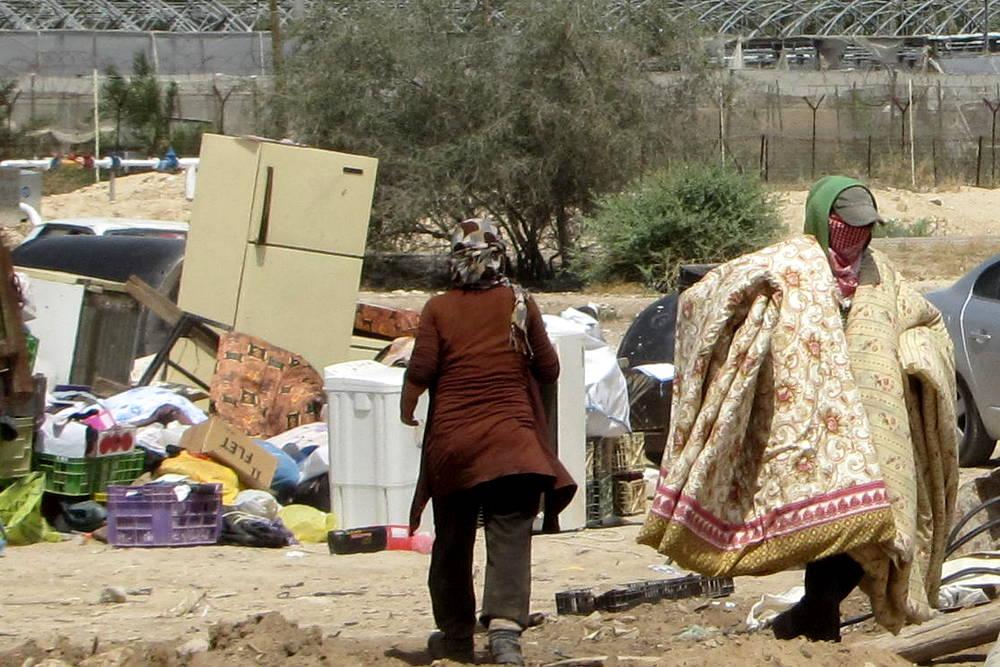 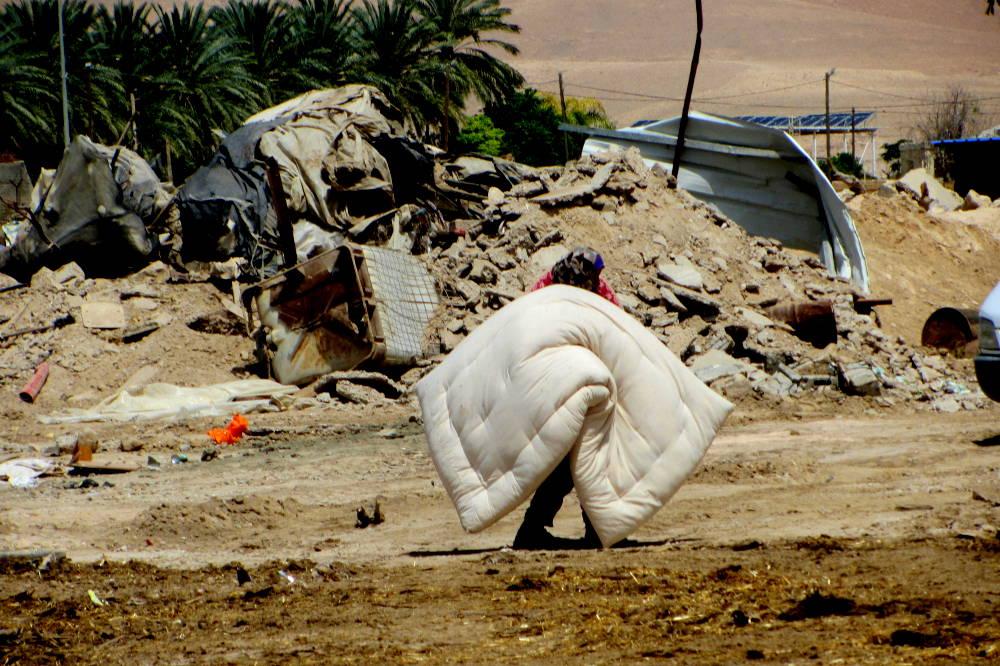 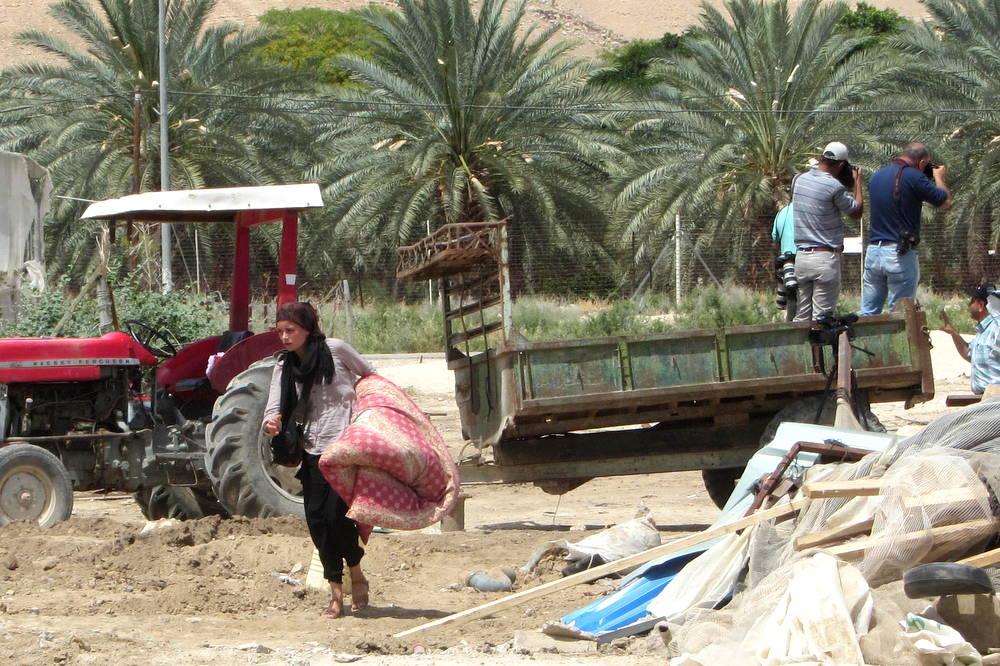 In just a few hours, the place was in ruins, I swear, like a war zone. The army and tractors left, and then the journalists came and everyone wanted to get pictures of the place.”