In the past week, almost four years after the Israeli High Court order on the matter, the army dismantled the section of the Separation Barrier built on land of the Bil’in village within the West Bank. The route of the barrier has been moved westward, with a new section already in place, thereby returning to the village 745 dunams of farmland that had been taken by the previous route. However, 1,300 dunams of village land remain west of the barrier, within the borders of the Modi’in Illit settlement.

The barrier was first erected in the Bil'in area in 2005, close to the built-up area of the village. Part of it ran through a valley, along a “topographically inferior” route, as the High Court put it. The route was set to enable expansion of the Matityahu East neighborhood of the Modi’in Illit settlement, although plans for the expanding the neighborhood had not yet been approved. This action violated the High Court’s ruling requiring prior approval for such plans (on the building offenses committed in constructing the neighborhood and the theft of Palestinian land to build Modi’in Illit, see here).

In September 2007, the High Court ordered the state to create a new route that would run, to the extent possible, on state land and not on the land of Bil'in. The alternate route proposed by the state still left large swaths of villagers’ land on the western side of the barrier. The villagers petitioned the court again. In December 2008, the court ordered the army to carry out its 2007 judgment “without further delay” and “as soon as possible.” The new route has been approved by the court, even though some 1,300 dunams of village land remain west of the barrier.

Since 2005, when construction of the barrier began in the area, the Israeli authorities have taken various measures to make to stifle villagers’ protest against the theft of their land. The army has begun to enforce a military order issued in 1967, defining a procession of ten or more persons as unlawful; every Friday, when the demonstrations are regularly held, it declares the area around the barrier a closed military area; and soldiers exercise their authority to disperse demonstrations, even when demonstrators are not violent.

Route of the dismantled Separation Barrier; behind is seen the new section, and behind it construction in Matityahu East. Photo: Oren Ziv, activestills, 28 June 2011.

The planning of the Separation Barrier’s route in the Bil’in area totally disregarded the resulting extensive infringement of the villager’s human rights. It was governed by extraneous considerations with no bearing on the protection of Israeli civilians. The route was primarily chosen to annex de facto as much land as possible for the Modi’in Illit settlement. Consequently, the route is unlawful. 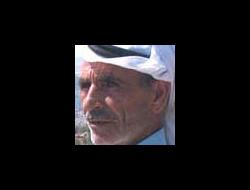 Restrictions on residents of a-Dab'a due to the Separation Barrier, Qalqiliya District, July 2005
