I am twenty-five years old and live with my wife and our three small children in Beit Lahiya. We live in one room in a three-room, 170-square-meter house belonging to my father.

For a year or so, I have been working at collecting rubble and gravel at the former Alei Sinai and Dugit settlements, north of Beit Lahiya. I work from 7-11 A.M., and make 40-50 shekels a day. On this, my family lives. There are about 200 people working at collecting gravel in these areas. Generally, the soldiers in the towers on the border, and soldiers patrolling the border, fire at us.

On Thursday, 8 July, I went to work about seven in the morning. I started to collect gravel and put it on a horse-drawn wagon. Around ten o'clock, I started walking home, when a shot came flying in my direction. I felt pain under my left knee and fell to the ground. I lost consciousness and woke a half an hour later in Kamal ‘Adwan Hospital. An X-ray showed bullet fragments in my shin, and I had a fractured bone in one place. I was treated and remained in the hospital for one day. After that, I couldn't move or work, so I remained at home for fifteen days. I returned to work as usual because I had to support my family.

I continued to collect gravel and sell it to concrete-block factories or to gravel merchants. On 1 August, around 6:00 A.M., I was walking to the former Alei Sinai settlement, which was, as I mentioned, some 200 meters from the border. I collected gravel and put it onto the wagon, and I was on my way home. I was about 300 meters from the border when I heard a shot, and again I felt a pain in my left leg, next to where I had been wounded previously. I fell and began to shout to workers to take me to the hospital. A few workers took me in a wagon and then put me into a van of one of the farmers in the area. He drove me to a taxi stand, where I was transferred to a taxi, which had more room, and it took me to Kamal ‘Adwan Hospital. The doctors found the entry and exit holes of the bullet and a fracture. I spent two days in the hospital before returning home.

Now, I am at home. Due to the pain, I can't use my leg, and I am in great pain, especially in the lower part of my leg. It is still swollen, and I have no sensation in parts of the leg. I am unable to work, and the situation is getting bad. I have no other source of income. My father, who is ill, isn't working either. My brother Muhammad, 18, is still collecting gravel, but he can't support our whole family, which includes fifteen people.

Nidal Sha'ban Muhammad al-Hasumi, 26, married with three children, is a laborer and a resident of Beit Lahiya in northern Gaza Strip. His testimony was given to Muhammad Sabah on 2 August 2010 at the witness's house. 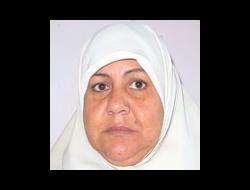 Fatmeh Sukar, of a- Shuja’iyeh, Gaza City, tells of living in substandard conditions in a house damaged in the war
