Update: On 1 January 2012 the MAG Corps informed B'Tselem that upon conclusion of the investigation, the file had been closed. The grounds for closing the case were not given.

I live in Deir al-Ghusun, which is in Tulkarm District. I have six sons and am a farmer.

I have an 86-dunam plot of land that is situated southwest of Deir al-Ghusun. When they built the separation fence, about 25 dunams of my plot were destroyed. I was left with 40 dunams of land on the eastern side of the fence, and about 50 dunams of olive groves on the western side.

About eight o'clock this morning [2 December]. I left my house to go to my land on the eastern side of the fence. I took my donkey and an olive seedling. I wanted to plant the seedling on the land, on which I had already planted zatar seedlings and olive trees. After I planted the seedling, an army jeep passed by. It came from the direction of the agricultural gate of Deir al-Ghusun, which is about 250 meters south of my land. The jeep travelled from the western side of the fence, and was heading south. It stopped after it passed me and two soldiers got out. The jeep continued on its way. The two soldiers walked toward me after passing through one of the small army gates along the fence. One of the soldiers was tall and pale-skinned, had a braid of hair in the back, and wore a skullcap. The other soldier also was  tall and pale-skinned, and was  heavyset and had a small goatee.

As they walked over to me, which took three minutes or so, they swore at me and insulted me, and they also cursed my wife and daughters. When they got close enough, one of them hit me in the face and forehead with his rifle butt. I fell to the ground, and bled a lot, with the blood running onto my chest and kaffiyah. When I fell, the other soldier stepped on my chest, which hurt a lot. The first soldier continued to hit me in the face and the sides of my body. The beating lasted for about five minutes. I cried out for help, so that farmers on their land would come and rescue me and give me first-aid.

A few minutes later, I managed to get up and go over to my donkey, which was alongside me. I climbed on a rock and succeeded in getting on the donkey. The soldiers left. I was still bleeding, so I continued to cry out in hope that a farmer would hear me and take me to the nearby medical clinic. But nobody heard me.

In about 15 minutes, I reached houses in the town, about two kilometers from my land. A resident took me to the house of Dr. ‘Azmi a-Zanabit, but he wasn't home. The resident summoned a Red Crescent ambulance and called my wife and children, who came quickly.

The ambulance arrived within 20 minutes or so and took me to Thabet Thabet Hospital. The physicians in the trauma unit examined me and took X-rays. They found I had been injured in the back of the nose, in addition to the nosebleed. My forehead was swollen and I had chest pains. They admitted me for monitoring and treatment./>

The soldiers assaulted me in an inhumane way, though I didn't do anything.

Ahmad Jaber ‘Odeh Ghanem, 75, is a resident of Deir al-Ghusun in Tulkarm District and a father of six. He gave his testimony to 'Abd al-Karim a-Sa'adi on 2 December 2009 at Thabet Thabet Hospital, in Tulkarm. 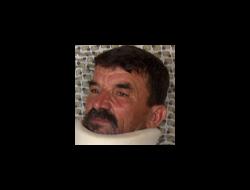 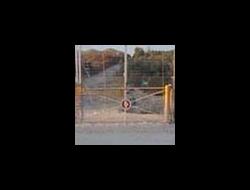