I live in Hebron, and for twenty years have been driving ambulances for the Palestinian Red Crescent. Yesterday [11 April], around 3:00 P.M., I was asked to take a seventy-five-year-old heart and diabetes patient, Mediha Abu Haikal, from the medical center to her house in Tel Rumeida, which is in H-2 [the part of Hebron under Israeli control]. The matter was coordinated with the Israeli authorities through the Red Cross, and we received approval to go.

I drove ambulance number 6042792. With me and the patient were the paramedic Ahmad Makhamreh, 35, and the patient's daughter, Hanaa Abu Haikal, 50. As agreed with the Red Cross, I drove to Gross Checkpoint, which is opposite the Avraham Avinu settlement and the old market. The soldier at the checkpoint made a call, and after checking the ambulance, opened the gate.

I drove along a-Shuhada Street, and around 3:15 P.M., passed by the gate of the Israeli army base at Hebron's old Central Bus Station. When I got there, a few soldiers came out and one of them shouted at me to stop. In the mirror, I saw other soldiers aiming their rifles at us.

I stopped immediately. One of the soldiers, who looked irritated and aggressive, came over to the ambulance and ordered me to turn off the motor. He was short, had a medium build, was fair-skinned, and had a blond beard. I did as he said. Then he asked me, in Hebrew, where I was going. I told him, using the little Hebrew I know, that I was taking a patient home. The soldier asked me by which road I had come and whether I had authorization. I replied that the trip was coordinated with the Red Cross and that the soldier at Gross Checkpoint had let me cross. Without checking, he told me to turn around and go back. Even before I could turn on the motor, a settler child, who looked about eleven years old, cam over, opened the door on the driver's side and slammed it shut. Then he picked up a big rock, went to the rear of the ambulance, and threw it at the left side of the rear window, shattering it. The rock landed inside the ambulance. Then he picked up another rock, a smaller one this time, and threw it at the rear door, and it, too, landed in the ambulance. The shattered glass flew into the ambulance and onto the bed. Luckily, the patient and her daughter weren't injured. They were frightened, though, and I tried to calm them. I was worried about the patient. After that, the child ran south, toward the Avraham Avinu settlement, which is situated about three hundred meters from where we were.

None of the soldiers tried to prevent the child from attacking us. It was weird, because they could have prevented it and didn't.

I went back to Gross Checkpoint, like the soldier had told me. When I got there, the soldier who had let us pass earlier asked why I had come back. I told him what had happened, and asked him if he had informed the soldiers on a-Shuhada Street that we were on the way. He said that he had. From the look on his face, I realized he didn't understand why we'd returned.

While I was speaking with the soldier, I saw two groups of settler children and youths come through the gate of the Avraham Avinu settlement and run toward the ambulance. The first group got to about six meters from us, and the second group stopped around ten meters away. Then the two groups began to throw stones at us. The stones hit the ambulance, one of them shattering the small flashing light on the roof. Another stone must have hit the left-rear flashing light, because later on I saw it was broken.

I didn't know what to do, and I saw that the soldier also didn't know what to do. He shouted at them to stop throwing stones and to go away. I asked the paramedic to get out quickly and open the checkpoint gate so we could get away. I was afraid something would happen to the patient and her daughter. I drove back to the medical center, arriving there at 3:35. I dropped off the patient and submitted a report about the attack.

This is not the first time soldiers or settlers have attacked me. I don't understand why the army doesn't protect us when we are doing our job.

Shaher Muhammad Khaled Mujahed, 58, married with six children is an ambulance driver and a resident of Hebron. His testimony was given to Musa Abu Hashhash at the medical center in Hebron on 12 April 2009. 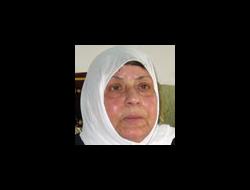