I am in the tenth grade at the boys' school in Husan. On the night of 30 December 2008, soldiers detained my brother Mahmud. They hit him with a club and did the same to my mother, who tried to protect him. I shouted to the soldiers to get away from my brother and mother, and then a soldier hit me in the chest with a club, pushed me to the floor, and told me to shut up. I was frightened and didn't know what to do while soldiers were beating my brother.

The soldiers put us into a room and, and we continued to hear Mahmud's shouts. Then he stopped shouting. My mother left the room to see what was happening, and she shouted his name. We left the room and saw Mahmud lying on the floor, as if he were dead. The soldiers pushed my mother and didn't let her go over to him. Then other soldiers took him from the house on a stretcher. They didn't let my mother accompany him.

My mother  cried until morning came because she didn't know what happened to Mahmud. In the morning, she went to organizations that help locate people. She asked me and my sisters not to make things hard for her, and to continue studying for our tests. She said it's very important to her that we succeed in our studies. My sisters and I tried to study, but it was hard to concentrate  because of what happened last night.

The next night, 31 December 2008, we went to sleep early so we could get up early and go take our tests. In the early morning hours, I woke up terrified from banging on the door of the house. I got out of bed and went into the living room. My mother was just opening the door and soldiers came inside. When I saw them, I became frightened and took a step backwards. I was frightened because of whet they did to my family the night before.

The soldiers asked my mother about her sons. They told me and my big brother, Yihya, that we were being detained. Yihya has health problems from a traffic accident he was in last year. We got dressed in a couple of minutes and said goodbye to our mother and sisters. The soldiers took us outside, blindfolded and handcuffed us, and put us into a jeep. We rode for about half an hour, and when we stopped, the soldiers took me out, sitting me down with my brother on iron benches. I didn't know where I was. We stayed there until the morning came.

In the morning, the soldiers took us to the yard. They made us stand outside in the rain along with other detainees, some of them from Husan. I was worried about Yihya because he has pieces of platinum in his right leg, and he can't stand for a long time, and it especially hurts him when it is cold. We stood like that for about three hours. Then the soldiers returned us to the room. They took us in for interrogation one after the other.

I waited about two hours before my turn came. In the room was an interrogator in civilian clothes and two soldiers. The interrogator asked me about stone throwing. I him I have a mid-year test and that I am studying all the time to get good grades in school. I also told him that I don't spend time with friends because I am so busy studying. One of the soldiers punched me in the mouth, and I started to bleed. The other soldier hit me in the face and head. Then the interrogator asked me again about stone throwing, and I again told him I don't throw stones. The soldiers hit me in the face, head, and neck, and took me to the yard. I was alone there and it was cold. They removed my jacket and I was left outside for two hours.

The soldiers returned me to the interrogation room. The same interrogator asked me about stone throwing, and I gave him the same answer. The two soldiers beat me with clubs. That hurt and I cried out in pain. The interrogator said that if I tell him which people from the village throw stones on  Route 60 he would ask the soldiers not to hit me. I told him I don't know. The soldiers took me back to the yard. This time, I stayed there for about three hours.

The soldiers took my pants and my watch and belt. They put me into another room, which had about eleven detainees, among them Saqer Ibrahim, who is fourteen, and whom I know from the village. We remained there for about two hours. The soldiers then took Saqer and me to a bus of detainees and drove us to Ofer [army base and prison]. At Ofer, they put us in a room with nine detainees. Saqer and I were the youngest people in the room. It was very cold and the food was horrible. It was hard to identify what they gave us. Breakfast was the best because we knew at least what we were eating, labaneh [soft cheese] and eggs. Most of the detainees ate in the morning, and less so the other meals.

Two days later, they took Saqer and me to court. They put us in an iron caravan trailer  from 7:00 A.M. to 4:00 P.M., without food and without telling us what was happening. Then they took us to court and told us the hearing had been postponed. Soldiers returned us to Ofer. On 5 January 2009, soldiers took me and Saqer back to court. The court decided to release us because there was no evidence against us, and because of our age. We went by tax from Ramallah to Husan.

I missed the mid-year tests at school, which began at the end of December.

'Omar Muhammad Mahmud Za'ul, 15, is a high school student and a resident of Husan in Bethlehem District. His testimony was given to Suha Zeid at the witness's house on 18 January 2009. 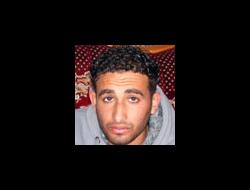