My brother works at the Ma'adaniyat Hanasi supermarket in Talbieh (a West Jerusalem neighborhood). I usually bring him something to eat in the afternoon, when I finish school.

Last Sunday [12 March 2006], around 2:00 P.M., my cousin, Ahmad Fawaz 'Aweideh , 11, and I went to give my brother his food and then returned home, to Abu Tor. When I was about 300 meters from my house, a white Skoda Octavia stopped next to me, and the driver told me, in Hebrew, to give him my ID card. I replied, in Arabic, that I didn't speak Hebrew, other than a few words, and that I didn't have an ID card. The guy sitting next to the driver got out. He was of medium height, bald, light-skinned, and heavy-set. He was in civilian clothes, as was the driver, who was dark-skinned. When he got out of the car, he put his hand in my pocket and removed my cell phone and my student's card.

At that moment, my cousin yelled for him to give back the phone, because we thought they were robbers. The guy pushed me in the chest and I fell. He chased Ahmad and beat him. He pushed Ahmad and he fell to the ground. Ahmad then got up and ran home. The light-skinned guy came back to me and began to beat me. The driver got out and shouted at me. He grabbed my hands and lifted them up. Then he put me up against the car, with my hands on the roof. He spread my legs, and while he was searching me, other cars pulled up. Lots of people in civilian clothes got out. Two tried to put me into the Skoda, but I resisted because I didn't know they were police officers. I thought they were trying to abduct me. When I refused, they threw me down onto the ground. Lots of people were standing around. They began to kick me, and one of them grabbed my hands and bound them behind my back with iron cuffs. They picked me up and threw me into the back seat of the Skoda. One of them sat next to me. I don't recall what he looked like. He bent my head over, to the floor of the car, and hit me. The car started to move. After it had gone about 500 meters, when we reached the light at the intersection near the train station (the intersection of Derekh Hebron and David Remez Street ), somebody got into the car and sat down next to me. The two of them beat me and spit in my face and on my head. They also kicked me and hurt me a lot. They continued to beat me until we got to the police station in Talpiot. The car went into the underground parking lot and the guy sitting to my left got out. The other guy pushed me out of the car. I fell and my face hit the ground and started to bleed. They took me to the elevator. From what I recall, the elevator stopped on the third floor. They put me into a big room that had metal cabinets. There was a toilet at the end of the room.

In the room, they beat me all over my body and swore at me all the time: "Son of a bitch, fuck you." They spit at me all the time. Then, one of them removed the handcuffs and told me to change clothes. I had trouble removing my clothes because the cuffs had hurt my hands so much. I undressed to the waist, but they wanted more, and ordered me to remove my pants, underpants, and shoes. They beat me again. One of them put a rope or belt, I think, around my neck and began to tighten it. I was choking. Then, one of them put a knife to my body. I felt as if I was about to faint. They left me. At that moment, somebody came into the room and told them, in Hebrew, that I should get dressed and wash my face.

They told me to get dressed, which I did. Then they ordered me to wash the blood off my face. I had lots of blue marks from the beatings to my face, and they told me to wash my face well to get rid of the marks. I told them that water would not wash away the marks. After I washed my face, they took me to the corridor and sat me down on a wooden bench. People continuously walked along the corridor. Whoever passed swore or spit at me. One of them came over to me and said, "This is to teach you to salute whenever you see a police officer." After a few hours passed, the two men who had grabbed me at the beginning came and handcuffed me. My hands were swollen, and I asked them not to tighten the cuffs. They didn't tighten them. We went down by elevator and they put me into the white Skoda. We drove a short distance to the police station in Jabal al-Mukaber. They did not beat me on the way.

They took me into the station, where a police officer in uniform was sitting. He told me his name was Wasim. He interrogated me as to what had happened. Then, he photographed me and released me. It was around 6:00 P.M. My father waited for me there and took me to Hadassah Hospital , Mount Scopus. , where I was treated and X-rays were taken. I was discharged about 10:00 P.M. Around midnight, I felt pains and began to vomit. My father took me back to the hospital, and they admitted me. I was released in the morning.

That same day, it was Monday, I learned that Ahmad had been taken to Hadassah Hospital , Ein Kerem, where he spent the night because of the beating the blond guy had given him at the beginning.

Hamzah Fawzi Musa 'Aweideh, 15, is a student, and a resident of East Jerusalem. His testimony was given to Karim Jubran at the witness's home on 15 March 2006. 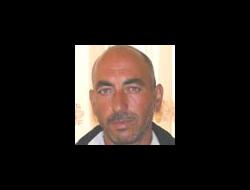 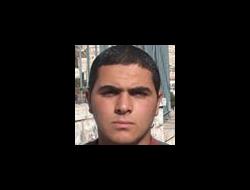 Testimony: Police assault 'Ali and Maymun 'Ayid in the yard of their house in Jabel al-Mukaber, September 2007