Yesterday [Saturday, 3 February], at around 11:30 in the morning, I heard the sound of stun grenades and tear-gas canisters. I went outside to move my car, which was parked on the road, so it wouldn't be damaged by the stones and the grenades. As I was doing that, I smelled the tear gas, but didn't see any stone-throwing. I think that the children who were throwing stones had managed to disperse.

At that moment, I saw one of the neighborhood children, 'Abud Ibrahim a-Zalbani, rush out of my brother's house. He turned toward me and started to run. When he got about two meters from the door of the house, I heard a stun grenade explode. I saw smoke and something like ashes rise into the air, over the child's head. The child immediately fell on his face. I ran over to him. My brother got there first and picked him up.

I went over to the police officers who were standing near the corner of the house, about five meters from where 'Abud had fallen. They looked at the child and said nothing. Later, lots of residents gathered. The police officers got into their jeeps, which were parked on the side of the road, and drove off. Before they left, they threw lots of tear-gas and stun grenades. Some time later a rumor went around the neighborhood that the child had been killed.

Ahmad Muhammad Isma'il el-'Amleh, 21, single, is a construction worker, and a resident of Shu'afat refugee camp in East Jerusalem. His testimony was given to Karim Jubran, at the witness's home, on 4 February 2006. 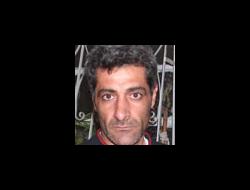 Life in the shadow of the settlement of Beit El: Going to school in a state of constant peril
