Last Tuesday morning [6 September 2005), I was in Jenin with my son, Mahdi, who is 3 1/2 years old. He had a high fever, and we went to see the doctor. Around 12:30 P.M., we got into Bassam Abu Hassan 's taxi. There were eight other passengers, some of them whom I knew from my village.

Around one o'clock, near the road leading to 'Araba, I saw soldiers. One of them, who was sitting in a jeep, called out on a megaphone to Bassam, telling him to get out of the taxi and undress. He undressed. After him, the man who was sitting next to the driver got out. His leg was broken, and the driver helped him undress. The soldiers continued to make the passengers get out, one after the other. I was sitting in the back seat with Mahdi, and with two persons from Kafr Ra'i - Jasser and Riad. Mahdi was wearing a red hat and the soldier called out: "The person wearing the red hat, get out of the taxi." Mahdi and I got out, and the soldier asked if there were any women in the taxi. I said that there was, and the soldier told me to leave Mahdi with the woman. The woman, a resident of Fahma, got out of the taxi. At first, Mahdi cried, and did not want to go with her, but she picked him up and went over to the soldiers. He was crying, but stopped after a while. Before the woman reached the soldiers, the soldier ordered her to remove her head covering, and after she did, he let her put it on again. I undressed like the others did and walked naked over to the soldiers. Mahdi was still with the woman. The soldiers gave me a white, plastic robe to wear. They treated me different from the other passengers. They gave Mahdi food and soda and did not handcuff or blindfold me. After waiting a while, the soldiers took us to the 'Araba base. We waited there. The soldiers gave Mahdi cold water to drink, but I said that I did not want him to drink because he had tonsillitis. They treated the two of us better, and released us around 4:30. They gave me my ID card and took us by jeep to where they had stopped us.

I asked the soldiers if I could go and get my clothes and saw the taxi in which we had ridden. The upholstery had been ripped. I got dressed and went home with Mahdi by taxi. When I got home, I noticed that my wallet and things were missing. Bassam returned them to me after he was released. Nothing was missing. I had had 750 shekels in the wallet, and it was all there.

Mustafa Falah As'ad Murshed, 34, married and father of two, is a laborer and a resident of Kafr Ra'I in Jenin District. His testimony was given to 'Atef Abu a-Rob, in Jenin, on 11 September 2005 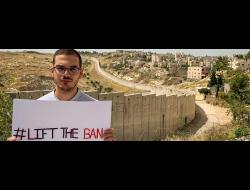 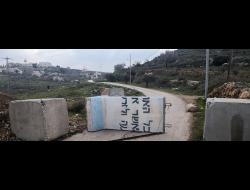