Suspected execution of Mahmud Kmel and use of Palestianians as human shields by IDF soldiers in Raba, Jenin District, 3 Dec. 2004

My house is located near the western entrance to Raba on the right-hand side, if you are coming from the village of al-Zababda. Around 5:00 A.M. this morning [3 December], I heard strange sounds from beneath the house. There was lots of noise and voices speaking Hebrew. I did not know what was going on because I don't understand Hebrew. I was sure, though, that it wasn't Arabic that I heard. I also heard the sound of a car engine. A few minutes later, I said morning prayers and went back to bed. I thought nothing special had happened, so I didn't wake up my sons.

Around 5:15 A.M., I heard explosions from below the house and six or seven gunshots. My sons and my wife woke up. We all went to the living room. We knew that we had to leave the house in such a situation. We got dressed, and then somebody called out on a loudspeaker to turn the lights out. I turned out the lights. Then I heard an explosion far from the house.

Around ten minutes later, around 5:30, I heard knocking on our door. I heard somebody tell us to open the door. I asked who it was, and the soldiers shouted: "Open the door." When I opened the door, I saw about ten soldiers standing on the steps. One of them asked me to gather the whole family together in one room. We all went into a bedroom. The soldiers came in and some thirty soldiers followed them in. They told me to open the door leading to the roof. Most of the soldiers went onto the roof, and about ten soldiers remained inside the house.

After the soldiers spread out around the house and on the roof, one of the soldiers called to me: "Come here!" One of the soldiers went down the steps with me. He and I went toward the southeast corner of my house and pointed to the house of my neighbor, Tayil Al-Bazur, and said to me: "There is someone there and I want you bring him over!" I walked to Al-Bazur's house. As I did, I saw Tayil standing outside his house. I said to him, "Come here' They want you!" He replied: "They don't want me' They want a wounded, young, wanted man who is near the corner of the house." Tayil and I went over to the wanted man and saw him lying on the ground. We tried to pick him up, but we were so frightened that we couldn't lift him.

I went back to the guy. Tayil was standing alongside him. We picked him up. On the way, soldiers in the other houses began to yell at us, and ordered us to set him down on the ground. We put him down, midway between my house and Tayil's house. The soldier who was under my house shouted to me to bring him over. I told him that I didn't know which of them I should listen to. He said, "Do what I say, and the others will keep quiet." We picked him up again and carried him to a distance of about 10-12 meters from the corner. One of the soldiers told me to put him down. We set him down on the ground. The soldier told us to go over to him. The two of us walked toward the soldier. He ordered me to lift up Mahmud's clothes [shirt]. I refused because it was embarrassing, and my religion forbids it. I told the soldier that he was lying on the ground. The soldier told me that he had a cell phone in his pocket, and that I should bring it to him. I went over to the wounded guy and asked him if he had a cell phone. He said it was in his pocket. He told me, "Make it easier, and tell them that my name is Mahmud A-Dab'i." I took the cell phone from Mahmud's pocket. He also had a pack of cigarettes and a lighter in his pocket. I gave the things to the soldier, and told him that the guy's name was Mahmud A-Dab'i. The soldier took the cell phone and made a call with it. Then he shouted: "Come here!" He took me behind the stairway, and told Tayil to go toward the house of our neighbor 'Abdallah Al-Bazur. Less than a minute passed, and then I heard five or six shots. Then I heard the soldier who had spoken with me shout: "Enough." The shooting stopped. He told me to go home" I went to the room where my sons and wife were. The soldiers were still inside the house. One of the soldiers told me that they would leave the house in another half an hour. In less than that time, the soldiers left the area.

I quickly went to the window to see what had happened to the wounded guy. The soldiers were still around. I saw the man lying on the ground. Around 7:15 AM, the army left. Immediately, I went over to the guy and saw that he was dead. He had been shot in the head. There were parts of his brain and skull, and lots of blood around the body.

Suleiman Ahmad Muhammad Qasrawi, 50, married with five children, teacher, resident of Raba The testimony was given to 'Atef Abu a-Rob on 3 December 2004 at the witness's home. 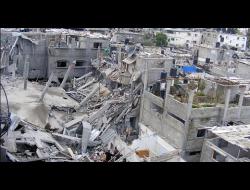 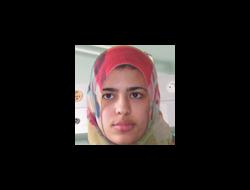