I live in Kharas, which is a village about twenty kilometers northwest of Hebron. I am married and have four children, the oldest of whom is my eight-year-old daughter. For the past four months, I have worked as a construction worker in the Israeli settlement Har Homa for a contractor named Mahmoud Mragha. During the week, I sleep at the work site and only go back to Kharas on the weekend. We sleep in one of the rooms in the apartment we are working on. The other workers' 'Abd a-Nabi Ishaq Halahleh,Muhammad 'Omar Saleh 'Attawneh, Nihad Ahmad 'Abd a-Rahman Halahleh, and my brother Jihad Halahleh'are also residents of Kharas. In the room, there is no door and at night we shut the door with wood panels so that we won't be cold.

On Sunday, 8 February 2004, we were in the room with a few other workers who are also residents of Kharas. We were playing cards. A little before 8:30 PM, the other workers went to one of the rooms on the second floor of the building and the five of us stayed in our room. We were getting ready for bed. Around 8:30 PM, we heard a light knocking on the wood panels. I thought that it was one of the other workers who wanted something, but before one of us got up to open the "door," the panels opened and a police officer in a Border Police uniform came inside. The officer was of medium height, light skinned and looked to be in his twenties. A uniformed female officer came in after him. She was shorter than him, was also fair-skinned, medium built and looked to be in her twenties as well. They had M16 guns with flashlights attached to them.

The male officer took a lamp that was lighting up the room and passed it to the female officer, who took it outside. The male officer calmly told us to get up and give him our ID cards. We took out our IDs from our wallets and then the officer also ordered us to give him our wallets. In my wallet had 150 or 160 shekels and a permit allowing me to enter the settlement in order to work. I kept my cell phone. . The male officer ordered me to leave the phone on the floor and told us to go out of the room. The female officer went out with us to guard us and the male officer stayed inside. Apparently, he was searching our room. After five or ten minutes, the male officer came out of the room and the officers took us outside and stood us next to their Border Police jeep. I was not able to see the jeep license plate number at all in the dark. While we were walking to the jeep, it turned around such that the back of the jeep was facing the building. Afterwards, the driver got out of the jeep.

The first male officer ordered us to lower our heads and he and the driver went inside the building that was about ten meters from where we were standing. I thought that maybe they wanted to search for other workers. The policemen turned on their flashlights and stood in the entrance of the second building. I could partially see them. The place was dark and the officers lit it up with their flashlights. One of the officers told the female officer to send one of us over to them. I understand some Hebrew and was able to make out what he said. Nihad was standing on the side and the female officer ordered him to go over to the officers. I heard Nihad screaming and the sounds of the blows he received. Jihad, Nihad's brother, turned his head in order to see what was going on but the female officer ordered him to turn his head back to the other side.

Just then, a construction vehicle used for drilling arrived and I heard people speaking to the police officers in Hebrew. The police officers ordered us to get in the jeep. Before we got in, the driver stood next to the back door of the jeep and asked in Hebrew, "Whom have we not beaten?" No one answered him, so he kicked and punched us a few times. We got into the jeep and the female officer sat with us in back, next to the door. We drove about 50 meters with no lights. The driver turned his lights on once we got to the main road. During the drive, I heard the sound of a crowd cheering. When the jeep stopped, I heard the police officers speaking in Hebrew to some young Israeli Jews and realized that we were next to a soccer stadium in Malha and that there was a game. I am familiar with the area because I worked in Malha last year. After another five-minute drive, the jeep turned down a dirt road and stopped after a few minutes. The driver turned off the lights. It was about a half hour drive from our construction site to where we had stopped. During the drive, the police officers beat us with clubs, but I don't know which of them did because our heads were lowered.

When the jeep stopped, the male officer told the female officer to take one of us out of the jeep. I got out and saw that we were in a dark field. I went over to the driver's door. The first male officer asked me what my name was and if the ID card that he was holding was mine. I said yes and he gave it to the driver. The driver got out of the jeep and ordered me to follow him. He took me about five or ten meters away from the jeep. I stopped and he kicked me forcefully in the chest and spoke in Hebrew. He said that we make bombs to hurt them and then come work for them, and things like that. The policeman took out my ID card and the documents that are in its plastic envelope and said to me, "You are not allowed to carry around something like this." He meant the plastic and told me to put my documents in my pocket. Once I did that, he kicked me in the stomach. I fell and could not get up. He moved closer to me and stepped on my right hand very hard. I could feel that my hand broke. He tried to stand me up forcefully but I did not get up. I sat on the ground and he pushed me on top of some thorns and then left me. Afterwards, I heard the jeep drive away.

I got up and didn't know what to do. I saw houses with lights on in the settlement that is in the direction of the Tunnel Road. I thought of going there but I was scared and so decided to follow the jeep. I was about 100 meters away from it and I saw it stop and turn off its lights. I sat down and watched what was happening. I heard Muhammad 'Attawneh scream for about ten minutes and than I heard the jeep driving. I searched for Muhammad and called out his name but he didn't answer. I walked towards him and was able to see him in the dark because he was wearing a white shirt. We found each other and followed the jeep together, but from far away because we didn't want the police officers to catch us.

We moved closer to the jeep after it stopped for the third time. When the jeep left, we heard 'Abd a-Nabi calling us. We didn't answer him because we were frightened that somebody would hear us. We walked towards his voice but didn't find him. We continued walking and thought that maybe he was in front of us, also following the jeep. We walked for about fifteen minutes and then Muhammad said that he heard a voice. I said that it was possible that it was another of the workers and seconds later we ran into Jihad and immediately afterwards found Nihad and 'Abd a-Nabi.

We all sat down to rest and told each other what had happened to each of us. Afterwards we walked towards Beit Jala and crossed under the tunnel, which is about a kilometer from where we had been. We entered Beit Jala around 10:30 PM and I saw a taxi driver. I went up to him and told him what had happened to us and asked him to drive us to the hospital. The taxi driver, whose name I don't remember, drove us to the al-Hussein Hospital in Beit Jala, where we received preliminary treatment. While we were in the hospital, the governor of Bethlehem, the head of the Palestinian District Coordinating Office and several Palestinian policemen arrived. We told them what had happened. Also, a few news reporters came to the hospital.

Around 2:00 AM, they released us from the hospital and we went to my uncle's house'Maher Abu 'Amarieh ('Akabneh)'who lives in Bethlehem. We slept at his house and went back to Kharas the next day. On the way to Kharas, we stopped in Halhul and photographed our wounds. My right elbow is sprained and I suffered from pains in the left side of my ribs and in the testicles. I could not move or stand for very long for the first four days after the event.

I have not gotten my wallet or the money in it back. In the hospital we spoke by phone with some workers who had stayed at the construction site and they told us that they had checked the room we slept in and said that they did not find my or Muhammad 'Attawneh's cell phones. We realized that the police officer took them. We tried to call my cell phone a few times but no one answered.

Rafiq Mahmoud Rashid 'Akabneh, age 29, is married and father of four, he works as a laborer and resident of Kharas, Hebron district. The testimony was taken by Musa Abu Hashhash in Hebron, on 17 February 2004 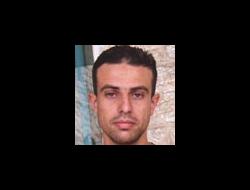 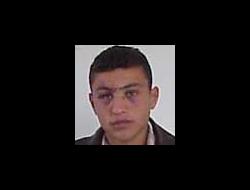