I live on a street near the intersection by the Education and Culture Ministry in Bethlehem. It is opposite the 'Aabdin knitting factory. I have been working for three years as a TV cameraman for French television's Channel 2. Since the outbreak of the intifada, I have been covering events in Bethlehem. I am unable to cover events elsewhere because of the closure on the Palestinian cities.

I try to keep the friction with soldiers to a minimum and to stay away from them. The last time that I got into a problem with soldiers was in April 2002. That was during the Israeli incursion into Bethlehem, when they surrounded the Church of the Nativity. I remained in the church area along with other cameramen and journalists. Then, about fifteen soldiers came over to us and delayed us for several hours. After that, they let us go and told us not to return to the area. I did not return, so that I wouldn't have any problems with the soldiers.

Yesterday [19 May], around 10:00 P.M., some colleagues of mine who live in Bethlehem and Beit Sahur told me that soldiers had opened intense gunfire at a vacant building opposite the new branch of the Jerusalem Open University, in Beit Sahur. I drove over to Beit Sahur with a few of my colleagues. When we got to Istiah Street and YMCA Street, we saw a number of army jeeps and infantry soldiers spread out on the street. They did not let anybody or any vehicle pass, so we stayed about three hundred meters away and watched from there. When the soldiers saw us, they made us leave. We drove back to Bethlehem.

When we got to Bethlehem, I invited about ten cameramen and journalists to my house to follow the developments. About midnight, my colleagues began to leave. Only Sh'aban Qandil, who lives in the refugee camp about three hundred meters from my house, remained. Around 1:00 A.M., he wanted to go home. He would normally have walked home, but I wanted to get some empty video cassettes from him, so I drove him in my car, a white BMW.

We got into the car and drove about 150 meters until we got to the corner of the Education and Culture Ministry, where we saw two army jeeps. They came over to my car and blocked our way. I stopped the car, got out my press card and asked Sh'aban for his. I wanted to show them to the six soldiers who had gotten out of the jeeps.

The jeeps' lights were aimed at my car from a distance of less than ten meters away. Two soldiers, their rifles aimed at me, came over to the car. They opened the door. I wanted to get out to give them the cards and talk to them. They started to hit me in the face and forced me onto the ground. Then they stomped on me, especially on my right hand. I felt intense pain. I became dizzy and lost my orientation. I think that the soldiers stomped on me and kicked me for five minutes. The pain was incredible. This was the first time I had ever been treated in such an inhumane way.

Meanwhile, I heard Sh'aban screaming from the beating he was getting about twenty meters away. I also saw two other soldiers search my car and take equipment out of the car. A video camera and accessories were in the car. About ten minutes later, the two jeeps left the scene.

I couldn't move. I felt intense pain in my right hand and my head hurt. I heard Sh'aban speak with somebody, and a few minutes later, a journalist named Na'il a-Shyukhi, who works for Reuters, arrived and rushed me to the government hospital in Beit Jala.

I was taken to the emergency room. No doctors were there at the time, so I was given first-aid and was X-rayed. I was then taken to al-Yemama hospital, where I was X-rayed again. They found that I had a fractured and badly bruised right hand. The doctors put a cast on my hand, gave me a blood test, and took some other tests as well. I was discharged this afternoon. I have to go back on Thursday. My hand and the rest of my body still ache a great deal.

Joseph Charlo Yusef Chandel is 28 yaers old. He is a resident of Bethlehem, is single, and works as a TV cameraman. The testimony was taken by Suha Zeyd at Chandel's home on 20 May 2003. 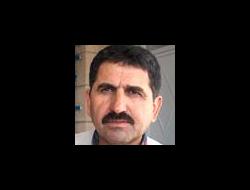