In December, B'Tselem documented ten cases in which Israeli settlers harmed Palestinians or Palestinian property in the West Bank.

On 3 December, settlers threw stones at a taxi, in which several Palestinian women were riding, as it drove near the Gilad Farm settlement outpost. One of the stones hit the roof, but nobody was injured. The taxi driver complained to soldiers who were a few hundred meters away, but they refused to intervene or take any action. The driver did not file a complaint.

On the morning of 7 December, residents of the Palestinian village of Brukin, near Salfit, realized that, during the night, an attempt had been made to torch the village’s mosque, and that Hebrew slogans had been sprayed on a wall near the door to the mosque. Motor vehicles and a tractor in the village were also set aflame. The graffiti on the wall included the name of the head of the Jewish section in the Israel Security Agency (Shabak), and the censor prohibited its publication. Ha’aretz reported that the police’s International and Serious Crimes Unit was investigating.

On 12 December, after midnight, settlers entered ‘Asira al-Qibliya, a Palestinian village near Nablus. They threw stones and broke windowpanes in six houses. The settlers also smashed the windows of a taxi and poured petrol on the vehicle. A container with the remains of the petrol was found inside the taxi. Soldiers arrived about fifteen minutes after the attack began, but they took action against the Palestinians who had gathered outside their homes, firing stun grenades. The taxi owner filed a complaint with the Israeli coordination and liaison office (DCL).

The same day, at about 9:00 P.M., a settler threw a stone at a Palestinian family's car as it drove near the Karnei Shomron settlement. The stone shattered the windshield. The mother of the family had an anxiety attack as a result, and her infant daughter was scratched in the face. The family filed a complaint with the police, which opened an investigation.

On 14 December, motor vehicles were torched and slogans in Hebrew were sprayed in three Palestinian communities in the northern West Bank: Duma, Yasuf, and Hares.

In Duma, which is near the Esh Kodesh [Holy Fire] settlement outpost, two trucks were torched and the slogan “Mizpe Yizhar – mutual responsibility” was sprayed on a sidewalk.

In Yasuf, a car parked next to a house was torched and the slogan “price tag” was sprayed on a nearby fence. Police officers and officials from the Israeli DCL came to the scene, but the car’s owner did not file a complaint.

In Hares, a car was torched and “price tag” was sprayed on a nearby wall. The car’s owner filed a complaint with the Israeli DCL.

On 15 December , in the early hours of the morning, a mosque in the Palestinian village of Burka, near the Migron outpost, was torched. “War” and “Mizpe Yizhar” [a settlement outpost where two structures were demolished the night before] were sprayed in the village. The incident took place shortly after Israel security forces demolished two structures in Mizpe Yizhar. At 10:55 A.M., when soldiers and police arrived to examine the scene of the incident, the Palestinian residents threw stones at them. In response, the security forces fired tear gas and shot into the air, and left the village about ten minutes after they arrived.

The mosque that was torched in Burka was the eighth mosque that had been torched since 2008. As far as B'Tselem knows, nobody has been prosecuted for these actions.

On 19 December, residents of Bani Na’im, a Palestinian village east of Hebron, found “Price Tag,” “Yizhar,” and a slogan against the prophet Muhammad sprayed on one of the fences encircling the mosque. B'Tselem does not know if the police has opened an investigation.

On 21 December, residents of Khirbet Shuweika, a Palestinian community in the southern Hebron hills, found that unknown persons had broken branches of thirty olive trees that are about twenty years old. “Price Tag” and “Yizhar” were sprayed in the area. A complaint was filed with Israel’s Hebron police department.

The recent wave of violence is part of an ongoing phenomenon. One contributing factor is Israel’s longstanding policy of not enforcing the law on settlers and other Israelis who harm Palestinians and Palestinian property. The law-enforcement authorities must investigate, gather evidence, and prosecute persons suspected of committing these offenses, including the torching of mosques and other actions given the euphemism “price tag.” Some of the persons harmed in the aforementioned incidents did not file complaints with the Israeli authorities because they have lost faith in Israel’s criminal-justice system.

Acts of violence by settlers against Palestinians and Palestinian property is a well-known and extensive phenomenon. In some cases, these acts are referred to as “price tag” actions, the contention being that they are carried out in reaction to acts by the Israeli authorities that are perceived as harming the settlement enterprise. For example, some of the cases occurred after the Civil Administration distributed orders to demolish settlement structures that were built unlawfully, and some after the structures were demolished. In other cases, the violence took place after Palestinians harmed settlers.

B'Tselem’s documentation indicates that security forces present at the scene of settler violence often do not intervene to stop the violence. In fact, sometimes they take an active part in the violence. From September 2000 to November 2011, B'Tselem sent fifty-five complaints to the Military Advocate General’s Corps regarding cases that raised the suspicion that security forces did not intervene to stop settler violence. In only five cases was an investigation opened; two of the five were closed without any measures being taken against the soldiers involved. In eighteen cases, no investigation was opened and in twenty-one cases, B'Tselem was informed the matter was being handled. In eleven cases, B'Tselem received no response. 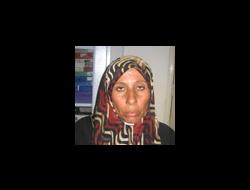 Testimony: B'Tselem worker photographs settlers trying to steal sheep and one of them stabs him in the hand, 10 August 2009
