Opinion of the International Court of Justice

On 9 July 2004, the International Court of Justice, in The Hague, gave its advisory opinion on the question of the legality of the separation barrier being built by Israel. The opinion was given pursuant to the request of the UN General Assembly of 3 December 2004.

Israel refused to cooperate in the proceeding, contending that the court did not have jurisdiction to hear the matter. In a document that it submitted to the court, Israel argued that the question involved was political and not legal, and should be dealt with bilaterally, between it and the Palestinians. In a majority decision, the court denied Israel's argument. In a minority opinion, one of the judges held that the court did not have sufficient information to render an opinion on the question, and thus lacked the authority to hear it. Before dealing with the substantive matters, the court explained that its opinion related only to those sections of the separation barrier that were built, or will be built outside the Green Line [in the Occupied Territories].

The first main issue discussed in the opinion relates to the effects of the barrier on the right of the Palestinian people to self-determination. The court "recorded" the promise made by Israel that the barrier was intended only as a temporary security measure. However, the court pointed out that there is a grave fear that the barrier's route would create "facts on the ground" that lead to the de facto annexation of the territory and determination of the future borders between Israel and a Palestinian state. The court believed that de facto annexation of parts of the West Bank by Israel would violate the right to Palestinian self-determination.

The second major issue involved the legality of the barrier in light of international humanitarian law. The court rejected Israel's argument that the Fourth Geneva Convention does not apply in the Occupied Territories because the West Bank and the Gaza Strip were never part of a sovereign state. On this point, the court held that, insofar as the territories fell into Israel's hands as a result of war with two states that are party to the Convention, the state must exercise control over the said territory in accordance with the provisions of the Convention.

Specifically, the court found that the separation barrier is intended to assist the settlements, the establishment of which violates Article 49 of the Convention. Also, the court pointed out that the restrictions placed on the local population located between the barrier and the Green Line are liable to lead to abandonment of the land, which also constitutes a violation of Article 49. In addition, the opinion stated that taking control of private land to build the barrier injured private property owners, and thus violated Articles 46 and 52 of the Hague Regulations of 1907 and of Article 53 of the Fourth Geneva Convention.

It should be mentioned that the opinion dealt briefly with Israel's argument that violation of these rights is justified under international law because they are intended for legitimate security purposes. The court stated that Israel has the right and duty to protect its citizens against violence, but its defensive actions must comply with international law. The brief discussion on the possible security justifications for the route of the barrier resulted, in part, from Israel's refusal to present its arguments to the court, and from its decision to suffice with a written statement contending the court lacked jurisdiction. 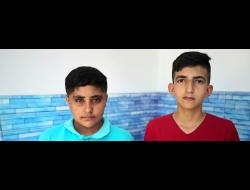