New all population Israeli-Palestinian survey: 45% of those living between the Jordan River and the Mediterranean Sea believe “apartheid” is an appropriate description of the regime

B’Tselem is publishing the results of its new commissioned public opinion survey. The survey, conducted by Dr. Dahlia Scheindlin and Dr. Khalil Shikaki, took a fresh approach by examining what all people living under Israeli control – Israeli and Palestinian citizens and Palestinian subjects in the West Bank, East Jerusalem and the Gaza Strip (WBG&EJ) –think about the current situation, their lives and the future, analyzed as a single population unit, rather than two separate populations.

The poll found that 45% of the overall river-to-the-sea population say that the definition of “apartheid” proposed in the survey question is fitting or very fitting as a description of the Israeli regime. A strong majority among Palestinian respondents believe that the apartheid definition fits the Israeli regime (57% “strongly” and 18% “somewhat” – three-quarters in total) and a mirror image among Jews reject it (50% say it doesn’t fit at all and 25% doesn’t really fit – three-quarters in total).

Both Jews and Palestinians recognize that Israel is in control of the West Bank (either entirely on its own, or together with the PA):

Together, these findings reflect a widespread understanding on both sides that the Israeli government intends to continue the status quo or formalize it through de jure annexation.

Palestinian respondents in WBG/EJ do not trust Israeli law enforcement and judicial systems to provide them with justice:

Most Israelis (51%) and Palestinians (70%) expect that the recent decision of the ICC regarding its jurisdiction over crimes committed in the oPt will NOT cause Israel to restrain its policies.

Given a scenario in which Israel will annex the WB/J&S and grant full citizenship to all residents, Jews and Palestinians alike, with full equal rights including voting rights:

However, when asked about a scenario that is very close to reality – Israeli support declined relative to B’Tselem’s last survey in 2018. The survey asked “Recently there have been calls supporting Israel annexing WB/J&S while continuing to govern Palestinians without giving them citizenship. Israel will continue to separate areas that are open to Palestinians and areas that are open to Jews, in terms of infrastructure, transportation and roads.”

An interesting finding shows only tepid support for the Nation State Basic Law that establishes Jewish supremacy as a constitutional principle, a law that was enacted with broad political support from most of the Zionist parties:

Yet there is a marked shift in the acceptance of Palestinians as legitimate political actors in the Israeli government:

Among Palestinian respondents in WBG/EJ, a significant portion is prepared to participate in Israeli elections:

The survey was commissioned by Btselem and authored by Dr. Dahlia Scheidlin and Dr. Khalil Shikaki.

Total population/total sample analysis: Combined weighted total based on Israeli CBS & Palestinian CBS data for 18+ (East Jerusalem respondents counted in Palestinian subjects sample). Based on these sources, the percentage of each sector among the 18+ population is:

Among the total population including all ages, rather than the adult population, there is approximate demographic parity between Jews and Palestinians based on official census figures of both sides. 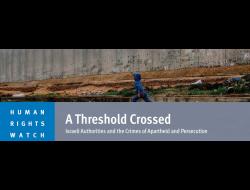