Wednesday, June 14, 2017: A group of civil society organizations – Gisha, Adalah, HaMoked: Center for the Defence of the Individual, The Association for Civil Rights In Israel, Physicians for Human Rights-Israel, Zazim, Bimkom, Yesh Din, Amnesty International Israel, B’Tselem, Breaking the Silence, Haqel, Akevot, Ir Amim, Peace Now, and Rabbis for Human Rights – sent an urgent letter today to Attorney General Avichai Mandelblit, demanding that he advise the members of the Security Cabinet to immediately rescind the cabinet’s decision to reduce the supply of electricity sold and provided by Israel to the Gaza Strip.

Before the cabinet convened on Sunday, Gisha sent an urgent letter to Minister of Defense Avigdor Lieberman, warning against an impending humanitarian crisis in Gaza should Israel decrease current electricity supply to the Strip. The next day, it was reported that the cabinet had decided to “respond to the request of Palestinian President Mahmoud Abbas” and reduce the supply of electricity to the Strip, despite warnings from senior military officials, who said that further deterioration of the electricity crisis could lead to an escalation in hostilities.

In the letter to the attorney general, the organizations emphasize the illegality of the cabinet’s decision under both Israeli and international law: In 2008, the Supreme Court issued a judgment that set the minimal threshold for Israel’s responsibilities towards residents of Gaza, stemming from the extent of Israel’s control over the crossings between Israel and Gaza, and in light of the state of armed conflict between Israel and Hamas. Regarding the issue of electricity, the Supreme Court ruled that years of Israeli military rule in the area had created an all but total dependence of Gaza on electricity supplied by Israel, and that Israel must allow for the entrance of goods needed to meet the humanitarian needs of the civilian population.

In the time that has elapsed since the court’s decision, the dependence of Gaza residents on electricity supply from Israel has not declined, and despite the increase in population and the fact that demand for electricity has almost doubled since, Israel never augmented the meager supply of 120 megawatts, which it sells to the Strip. In addition, Israel continues to control the crossings to the Strip and enforces severe restrictions on the movement of people and goods into and out of Gaza. Israel has total control over entrance of construction materials and spare parts needed for repair, maintenance and development of Gaza’s civilian infrastructure. To this day, Israel greatly restricts, and in many case denies altogether, the entrance of equipment needed by residents to help them cope with constant power shortages, such as generators and their spare parts, batteries, and uninterrupted power supply components, because they are considered to be “dual-use” items (items that have an inherent civilian use, but Israel claims can be used for military purposes).

The organizations further emphasize that the cabinet’s decision is unrelated to concrete security needs and is rather political in nature. The decision therefore violates international humanitarian law, according to which the rights of civilian population can only be harmed in the presence of an immediate military necessity (and even then, the damage caused must be proportionate). “The harm to Israelis and Palestinians, and to the region as a whole, from an escalation in hostilities, is far greater than any benefit (political or otherwise) that may be gleaned from the implementation of the decision.”

As stated in the letter, the organizations recognize the collective responsibility of the international community, Israel, and authorities in Gaza, Ramallah and Egypt, but reiterate Israel’s considerable accountability for the situation: “Israel cannot claim to be only a service provider, responding neutrally to a client’s request. Given its extensive control over life in the Strip, Israel is responsible for enabling normal life for its residents, as an occupying force in the Strip. Israel is obligated to find solutions that will allow for the continued supply of electricity at existing capacity, and to take active steps toward increasing supply to allow residents, whose taxes are collected by Israel, access to acceptable living conditions.” 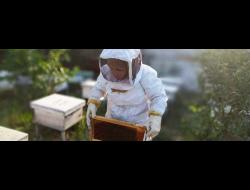 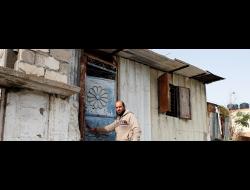