On 6 October 2015, while Ansar 'Asi, 25, was at work at a cleaning products company in al-Bireh, clashes between soldiers and Palestinian youth took place in the area. At a certain point, as 'Asi was standing at the entrance to the storage room, soldiers spotted him and began to violently arrest him, kicking and assaulting him with their rifles. The incident was captured on the company's security cameras. 'Asi required medical treatment and was taken to Hadassah Ein Karem Hospital on 7 October 2015.

'Asi was held in detention for two days before even being taken for interrogation at the Binyamin police station. Police interrogators there told him that three soldiers identified him as a stone thrower. In spite of his denials, the police did not bother to check his alibi claim, in spite of the existence of footage. Only following an arrest extension hearing at the Ofer military court, was the police willing to view the footage, which was brought to them on Friday, 9.10.2015. 'Asi was released unconditionally on Sunday, 11 October, after five days in wrongful detention.

B'Tselem does not know whether the soldiers who arrested 'Asi were held accountable for assaulting him and making up false charges. 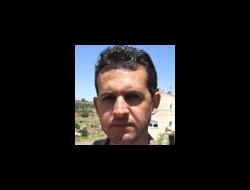 Testimony: Soldiers come across Palestinians and detain and abuse them for hours, Dura, April 2009
