Glimpse of Hebron children’s reality: video footage of minors, some under age 12, detained for throwing stones

B'Tselem has written to Legal Advisor for Judea and Samaria Col. Doron Ben-Barak notifying him of two recent incidents in which soldiers unlawfully detained children, some under the age of criminal responsibility, on suspicion of throwing stones. Although both incidents were relatively short, the children involved remained very frightened. Video footage of the incidents gives a glimpse into the harsh daily routine of many Palestinian minors and their parents, which will undoubtedly have long-term implications for the children.

On 15 January 2014, at approximately 4:00 P.M., four soldiers entered the house of Suzan and Fawaz Zaraqu in the Jaber neighborhood of Hebron. In video footage, filmed by Suzan, a B'Tselem volunteer, the soldiers are heard indicating that they are searching for children who were observed throwing stones by a military observation camera. Several women and children were in the house at the time. The soldiers located two children whom the lookout identified as the stone-throwers, Muhammad Zaraqu, 12, and his cousin 'Issa Kneiss, 11, and demanded that the two come with them. After an exchange with several adults in the house, the soldiers left the house with the terrified children, accompanied by Muhammad's father, Fawaz. The soldiers, father and children then stood for approximately ten minutes outside the house, during which time police officers summoned by the soldiers arrived at the spot. The police officers left without taking the children, probably as they are under the age of criminal responsibility.

The soldiers then took the children to the a-Rajbi building checkpoint, which lies some 250 meters from the Zaraqu house, accompanied by Fawaz Zaraqu and another adult. About 15 minutes later, the children were released.

Video footage of the incident:

In another case, on 20 January 2014, at around 7:30 P.M., soldiers detained 8-year-old Islam Abu Hamdiyeh, a resident of the Jabal Juhar neighborhood in Hebron. Several soldiers took the boy from his uncle's shop in the Jaber neighborhood, which he had ran into earlier, and detained him in the street for about 15 minutes on suspicion of having thrown stones. The soldiers then took him a short distance by foot to the a-Rajbi building checkpoint, where the boy was held while surrounded by some ten soldiers, with no adult accompanying him. Eventually, he was put in a jeep with several soldiers, again with no adult acting on his behalf, and taken to the Pharmacy Checkpoint, where he was handed over to the Palestinian police. In total, the soldiers detained Islam Abu Hamdiyeh for some 40 minutes, during which time his parents had no idea where he was and were not notified by the army. For reasons unclear to B’Tselem, the Palestinian police handed the child over to his father only at 9:15 P.M. B'Tselem volunteer Areej Ja'abari filmed parts of the incident.

Video footage of the incident:

Security camera footage of the detention within the store:

As detention of children under the age of criminal responsibility is illegal, and police are not authorized to interrogate them, there is room for concern that the incidents described served as a scare tactic. This conduct is particularly problematic in the case of Islam Abu Hamdiyeh, only eight years old, as he was taken away after sundown, with no accompanying adult, and no attempt was made to inform his parents of his whereabouts. B'Tselem demands yet again that soldiers be clearly briefed that such conduct is illegal, that neither soldiers nor police officers have any authority to detain children under the age of criminal responsibility, and that once their age is known, the issue must be handled through their parents. .

Recently, we have witnessed the military using new methods to deal with Palestinian minors who throw stones. Among other things, B’Tselem has received reports of public posters threatening minors or their parents, personally-delivered threats to a school principal, and night-time interrogations of residents not connected to the stone-throwing in order to pressure the community. B’Tselem demands that the military stop using illegal actions and scare tactics to deal with stone-throwing by minors.

In response, B’Tselem Executive Director Jessica Montell said: “We’re told that stone-throwing is plaguing the nation and that dealing with it justifies the use of such means, yet B'Tselem has ample documentation of the security forces turning a blind eye to the same offenses when committed by settlers. Children under the age of criminal responsibility are entitled to protection, and this is true both inside Israel and in the Occupied Territories. This means that the security forces are prohibited from arresting or detaining minors under 12. This applies to all minors, Palestinians and settlers” 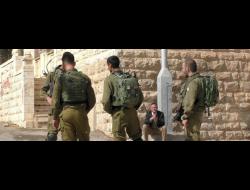 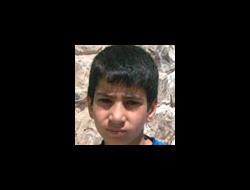