In addition to the shocking destruction of the clinic under construction, the Civil Administration is continuing its demolition routine. Today, it demolished three seasonal homes of farmers who are residents of Jerusalem, in the village of ‘Ein a-Duyuk a-Tahta west of Jericho.

Scores of farming-shepherding communities, home to thousands of Palestinians, dot the 60% of the West Bank designated as Area C. For decades, Israeli authorities have pursued a policy aimed at driving out these communities by making living conditions intolerable in an attempt to get residents to leave, ostensibly of their own volition. This unlawful conduct is motivated by the political ambition, publicly stated by various officials, to establish facts on the ground and take over these areas in a de-facto annexation that would facilitate actual annexation to Israel as part of a final status arrangement. 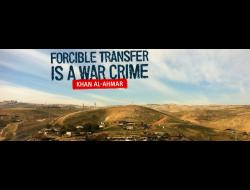