'Ein Karzaliyah is a very small community of 24, including 14 minors, who live off farming and shepherding in the Jordan Valley. Israeli authorities have repeatedly attempted to expel the community from their place of residence and have repeatedly demolished their homes, as part of a decades-long policy to expel thousands of Palestinians living in dozens of shepherding communities scattered throughout Area C.

On 22 January 2015, bulldozers again demolished all the community’s structures, including the five tents in which the families were living. This is the fourth time that these families have been left homeless since January 2014. Previous demolitions took place in January, February and April 2014 (when only some of the residential tents were destroyed).

‘Aref Daraghmeh, B’Tselem’s field researcher in the Jordan Valley, documented the trail of destruction the bulldozers left behind on 22 Jan.

In recent years, the Civil Administration has been planning a permanent site for Bedouin communities from the Ma’ale Adumim area and from the Jericho area in the Jordan Valley, to be called “Ramat Nu’eimah”. The plan is being drawn up with no input from the residents themselves, who oppose it. 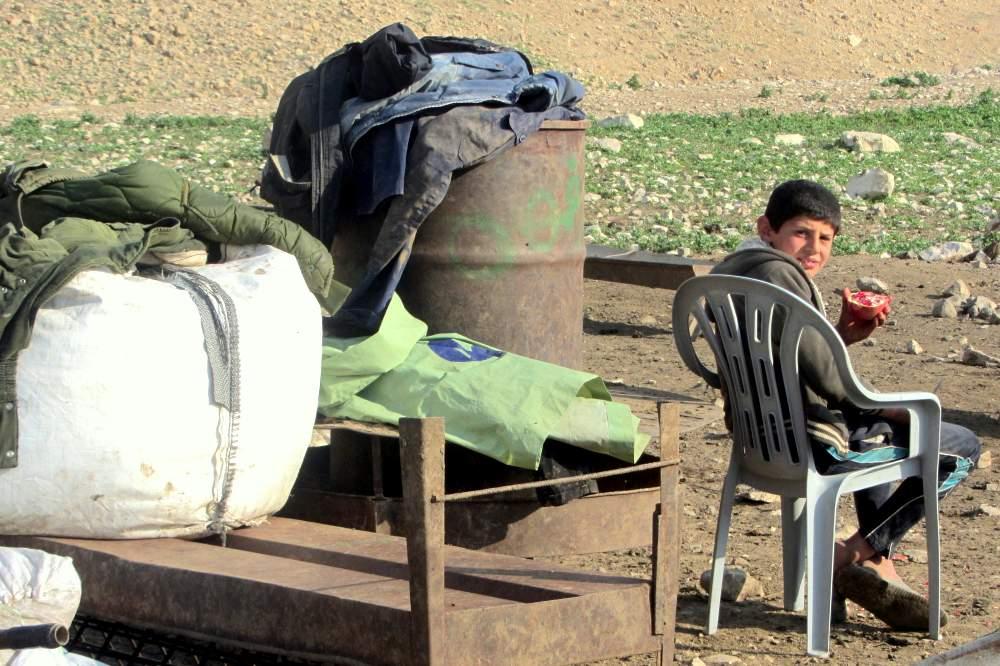 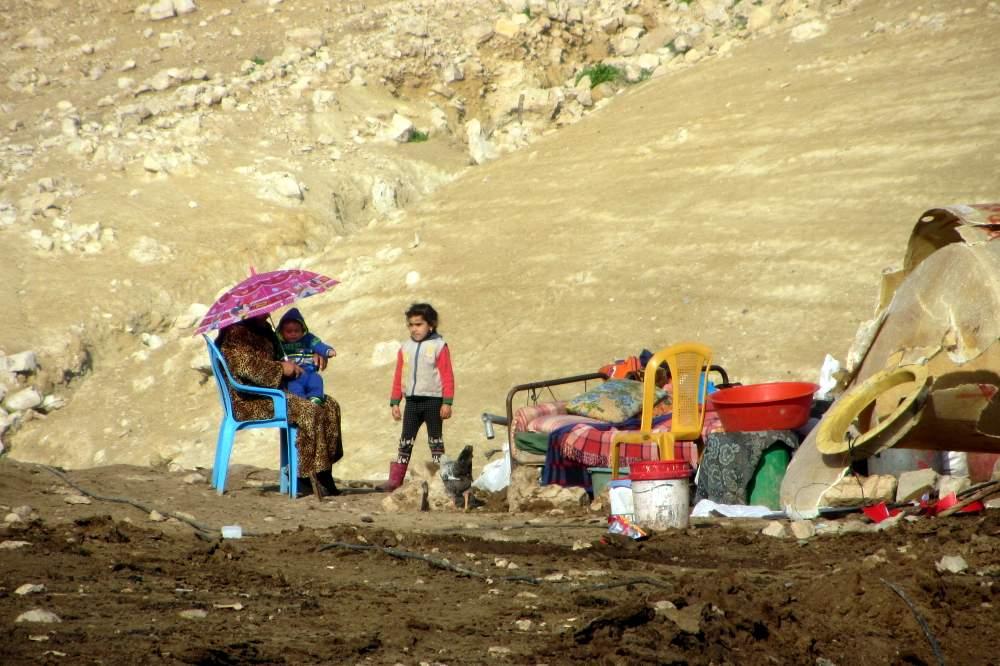 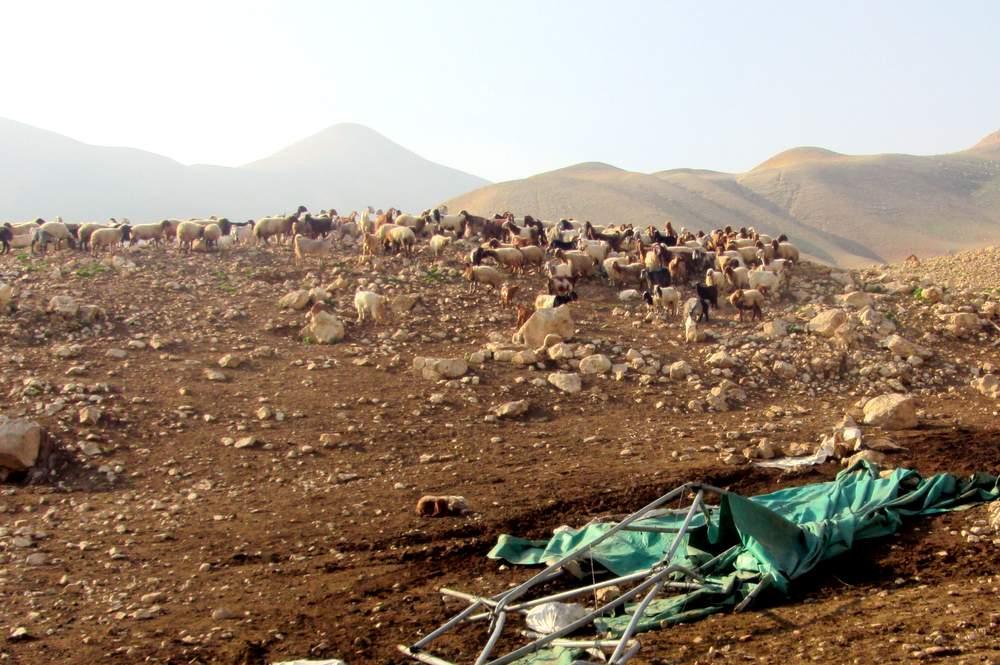 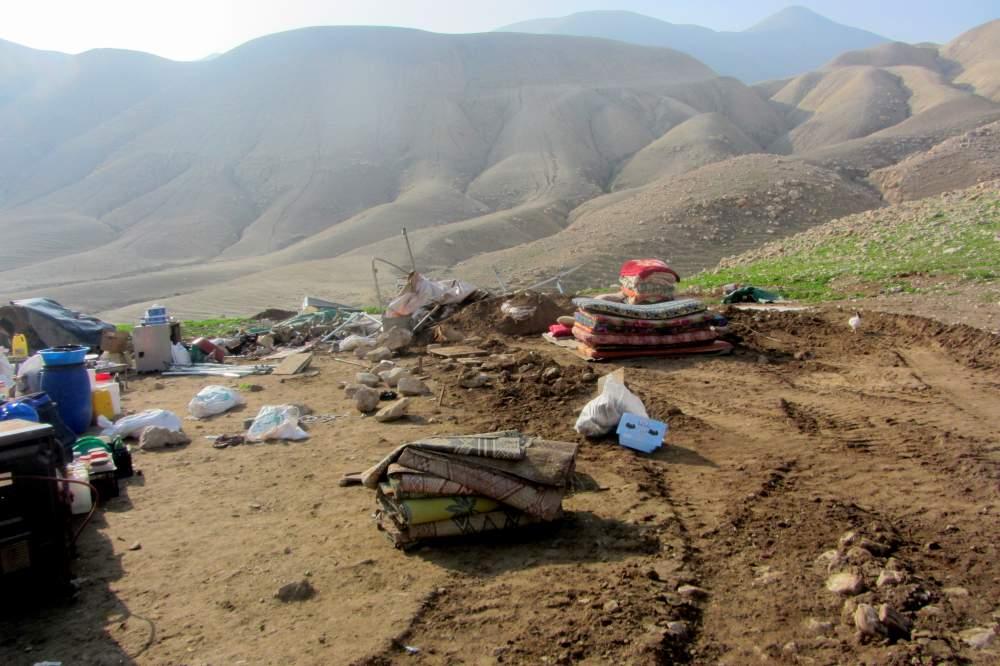 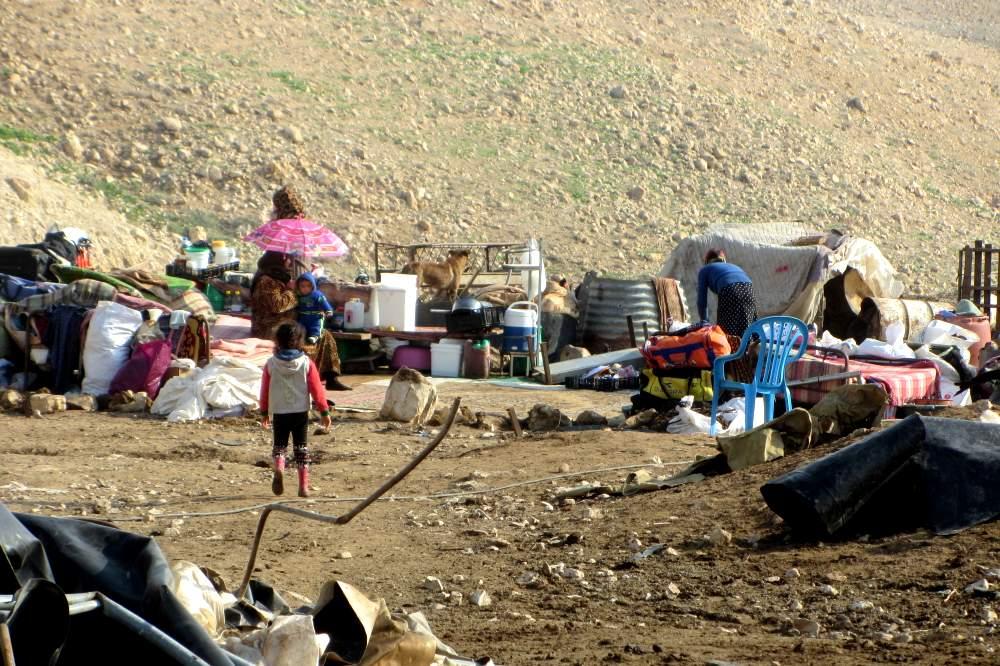