According to B’Tselem’s initial inquiries, by yesterday evening (14 July 2014) at least 172 Palestinians had been killed in Israel’s airstrikes on the Gaza Strip. This number includes 34 minors (eight younger than 6 years old), 20 women (under 60) and 10 senior citizens. Our field researchers in Gaza have been working ceaselessly, night and day, to document events. Our field researchers in the West Bank have been lending a hand by collecting testimonies over the phone. Our office staff has been processing and verifying information, and trying to convey the incomprehensible scope of the infringement on human rights.

The following seven photos were taken by our field workers in Gaza. They include images from the Kaware’ family home, where eight people, including six minors, were killed, and from the Hamad family home where six members of that family, including one girl – a minor – were killed. 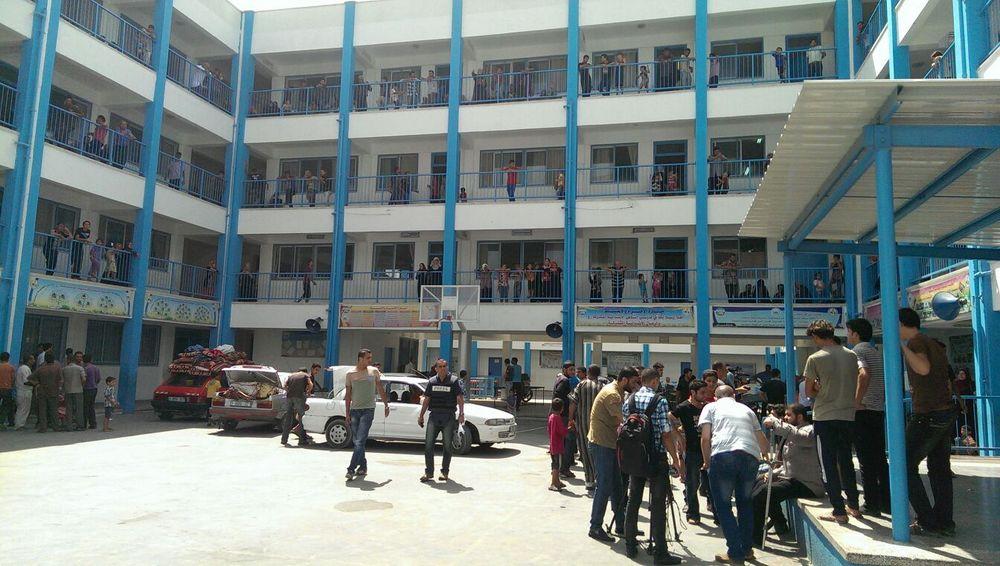 Images from at the elementary school in Gaza’s Rimal neighborhood, where UNRWA is housing refugees who left their homes on orders from the Israeli military on the night between 12 and 13 July, 2014 (Photo: Muhammad Sabah, 13 July 2014). 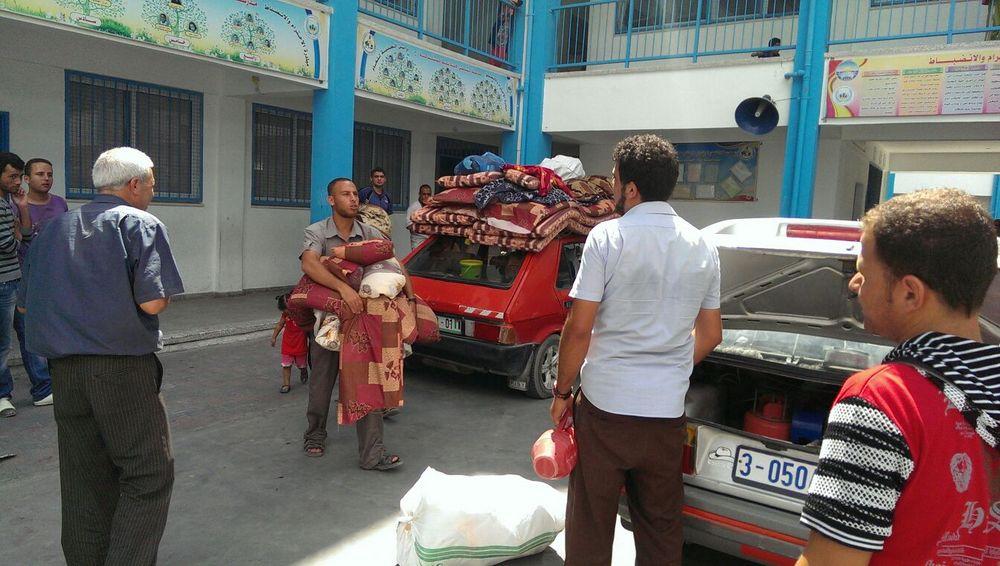 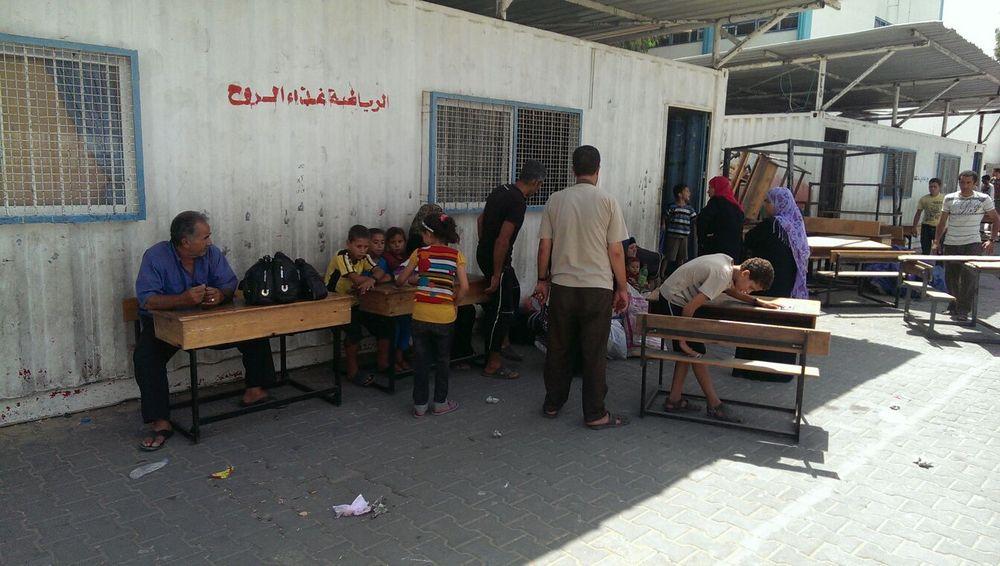 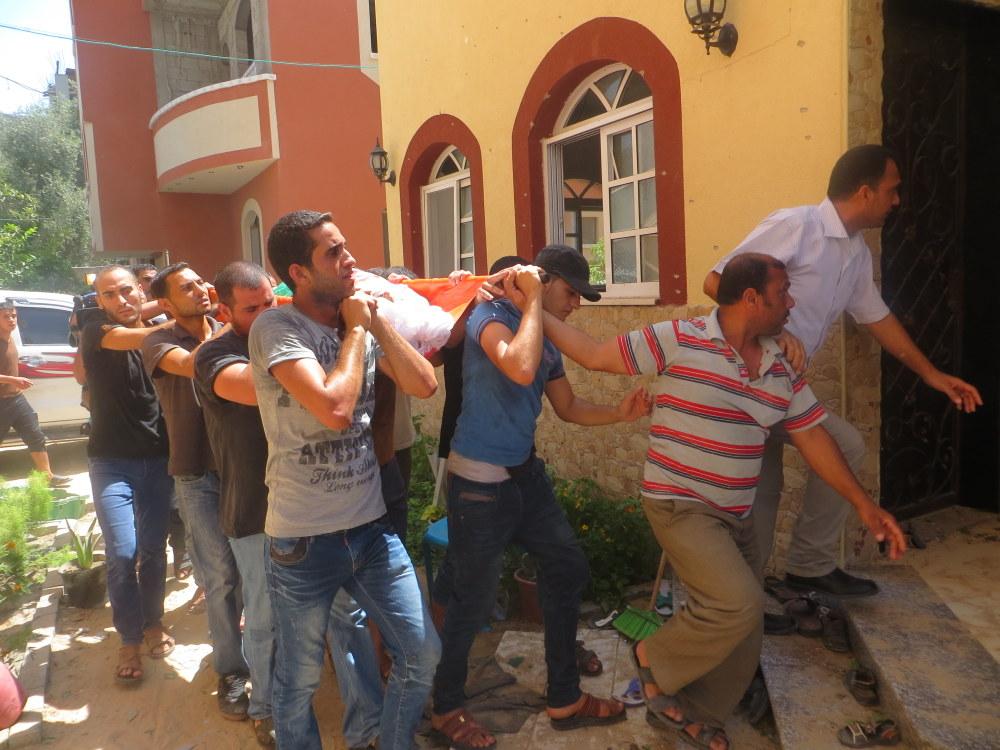 The home of 'Abd al-Hafez Hamad. Six members of this family were killed when the house was bombed on the night of 8 July 2014. The IDF Spokesperson said the attack targeted Hafez Hamad, and made no reference to the other casualties. Pictured: the body of one of the people killed being brought into the house before the funeral (Photo: Muhammad Sabah, 9 July 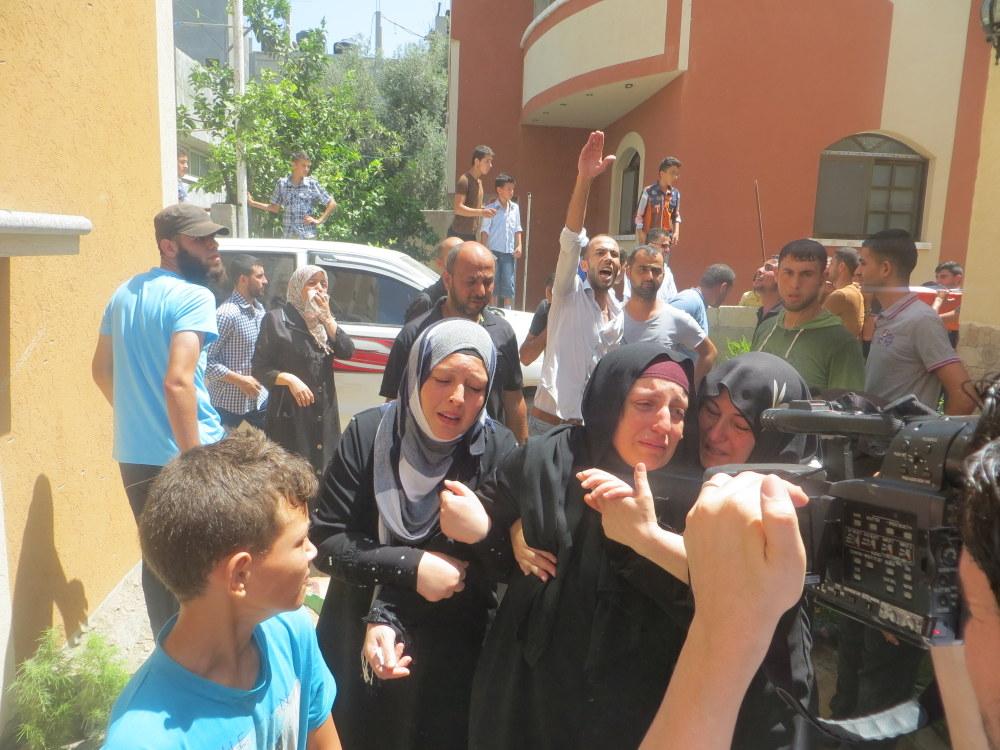 The Hamad home before the funeral. 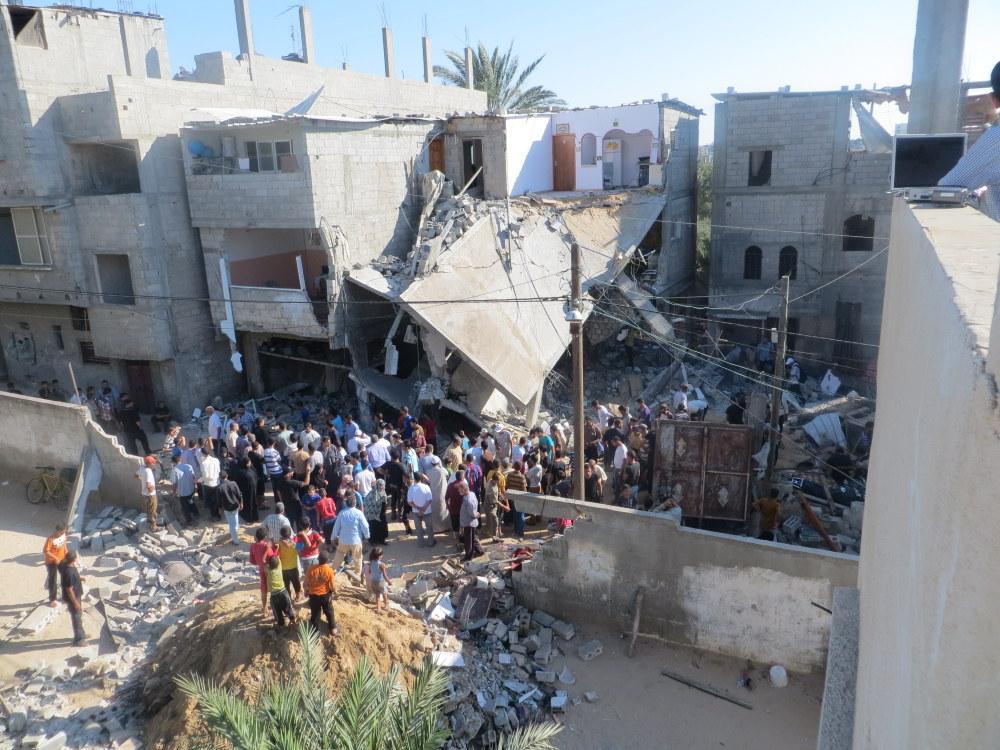 The home of the Kware' family, after it was bombed by the military, while family members and neighbors were present inside the house and in its vicinity (Photo: Muhammad Sabah, 8 July 2014). 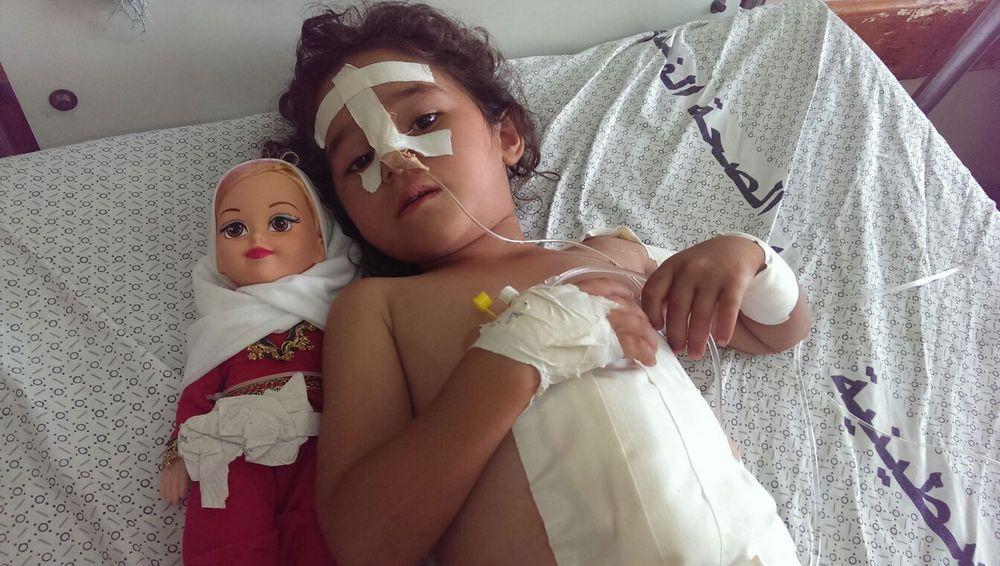 Shaymaa al-Masri, five years old, at a-Shifaa Hospital, Gaza. Shaymaa was injured when her uncle’s house was bombed in the early afternoon of 9 July 2014. Her mother and two brothers, who had been with her visiting the uncle’s home, were killed in the airstrike. Also killed was her cousin Amjad Hamdan, who was known to be wanted and may have been the target of the attack.