Stones and snacks under fire, February 2014

During the past three months, many youths have been frequenting the area east of Jabalya Refugee Camp on Fridays. It is one of the few open spaces that remain in the crowded Gaza Strip. Some take walks. Others rest. Some sell drinks and snacks. Others arrive at the area to participate in demonstrations, throw stones at the perimeter fence or try to hang Palestinian flags on it or burn tires.

In a number of cases, young men lobbed Molotov cocktails at the fence and at the soldiers patrolling it.

The soldiers positioned on Israeli side of the perimeter fence use various measures to get the youths to back away from the fence. This varies from tear-gas to live ammunition. Between the 20.12.2013-28.2.2014, 32 people were injured in the area. Of them, 22 were injured by live bullets, 8 by rubber coated metal bullets, and at least three by aluminum tear-gas canister, two of them in the head. To read more on the topic click here. 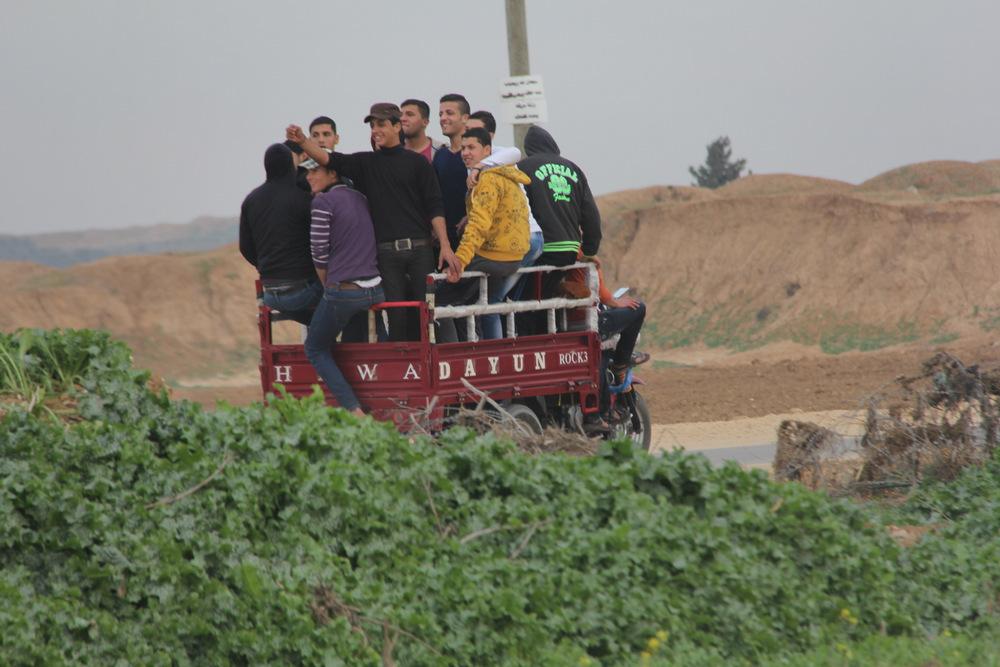 On the way to a hill overlooking the border 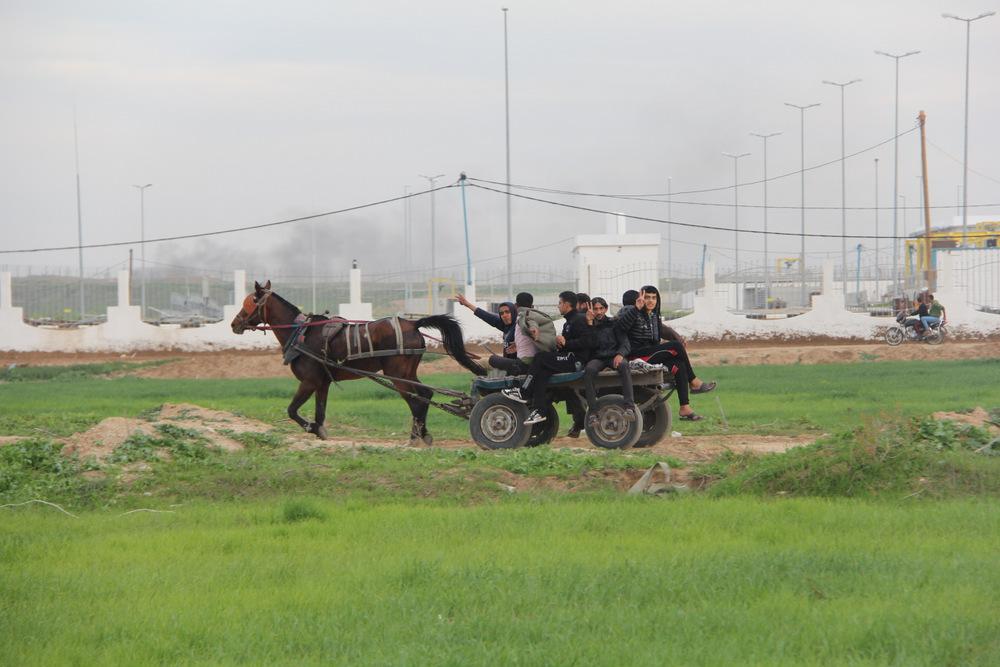 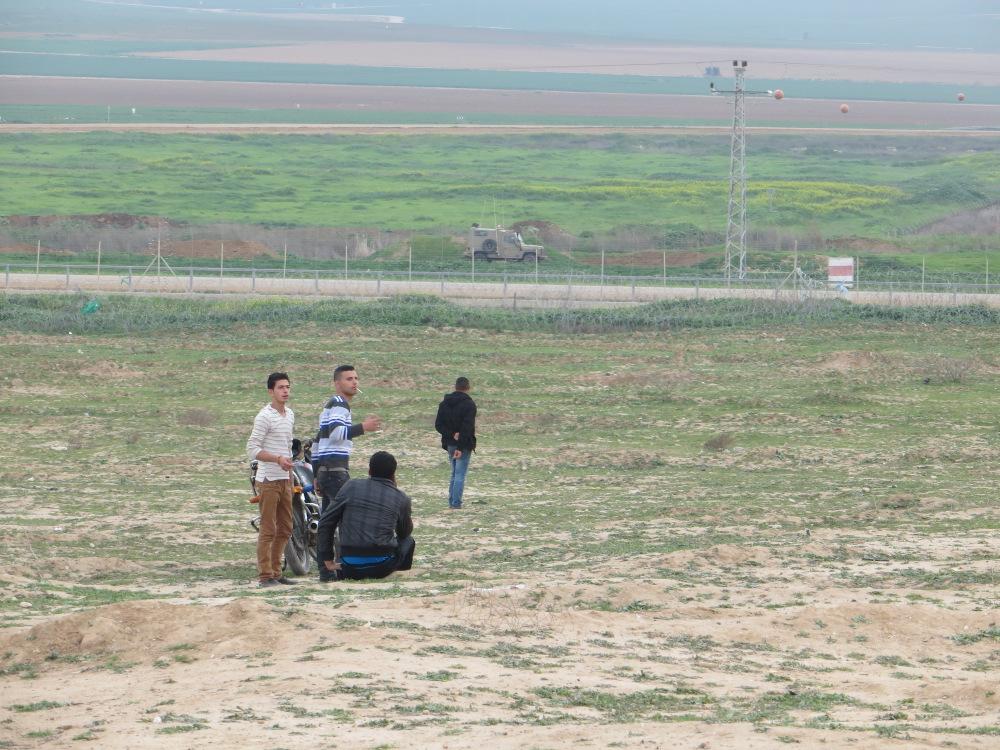 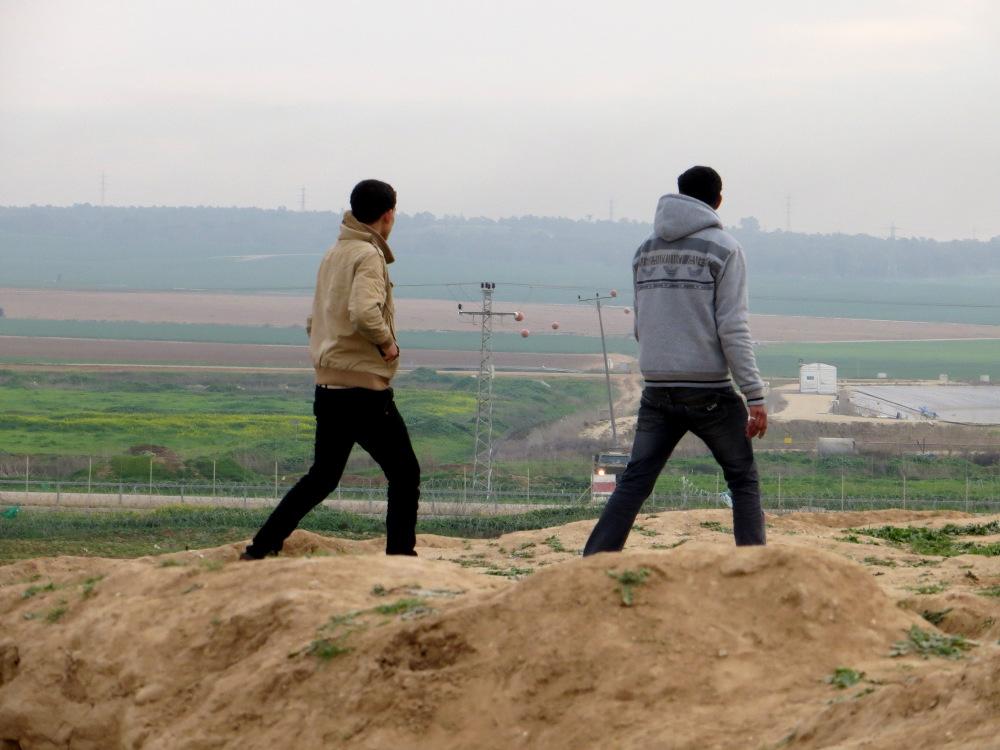 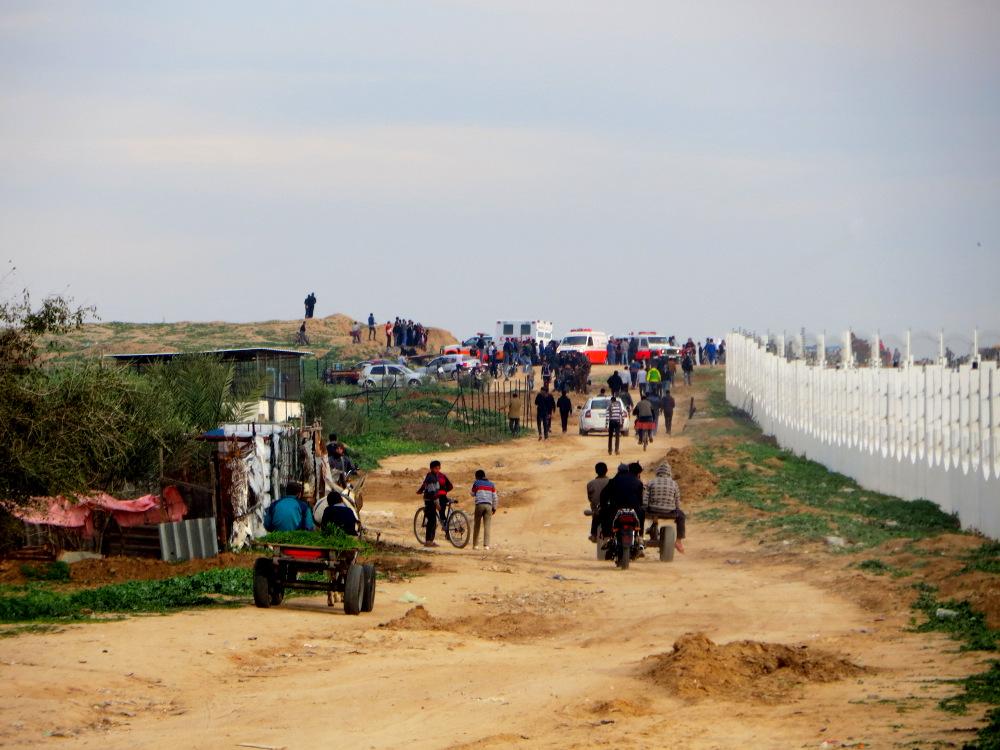 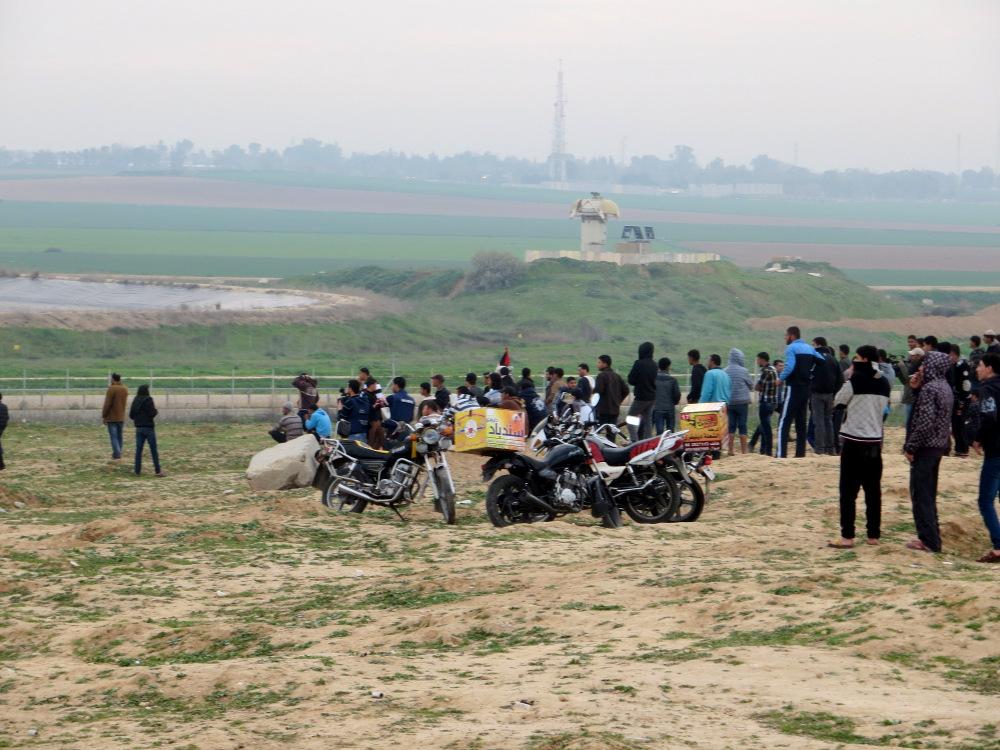 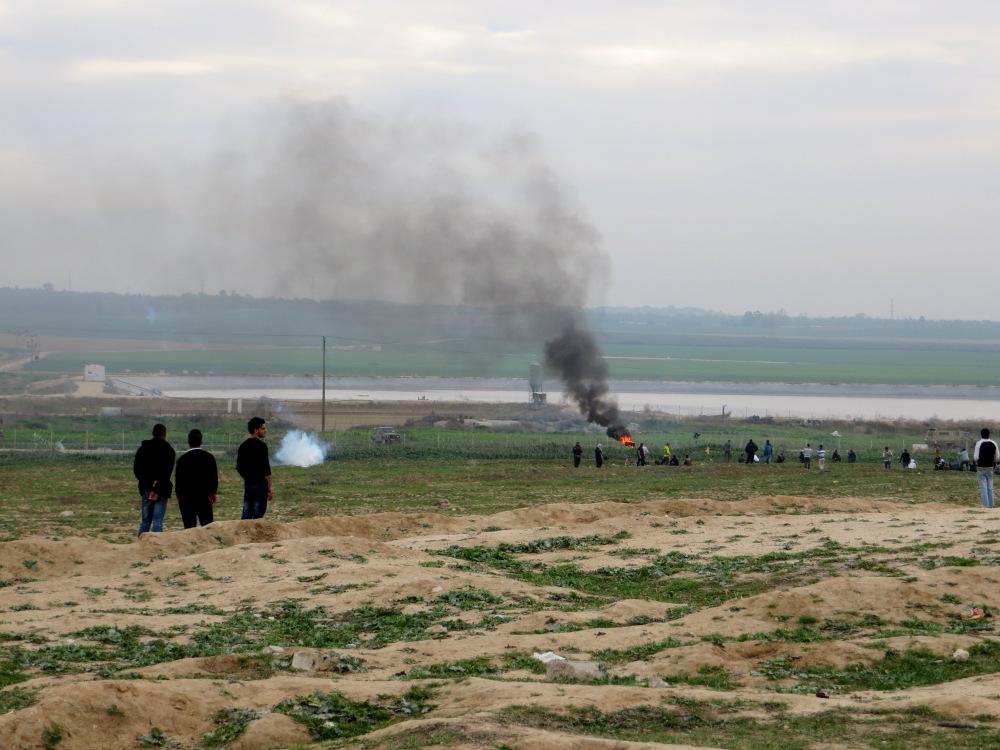 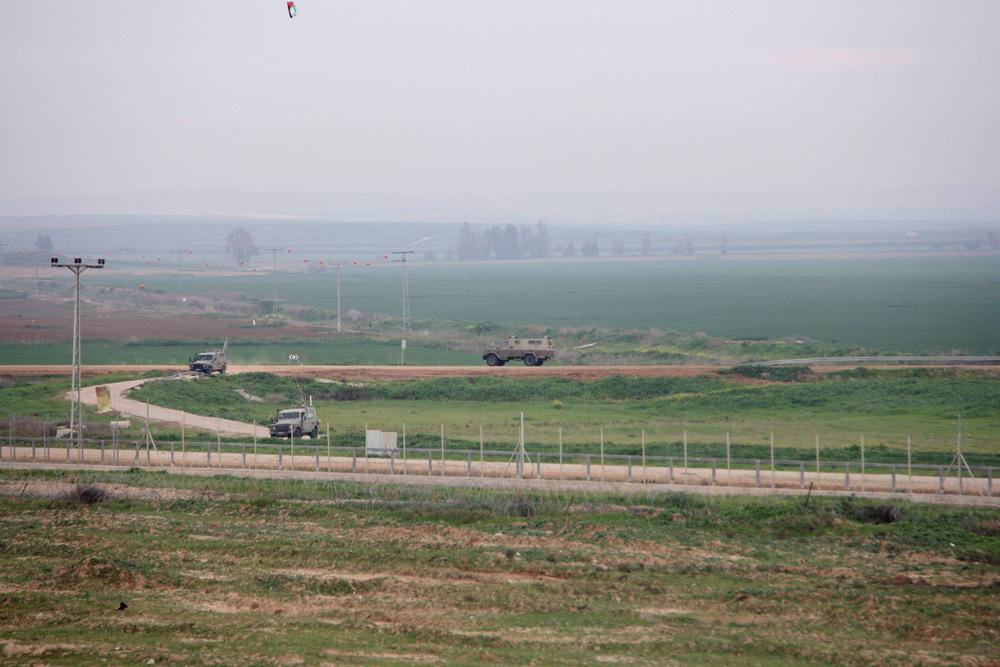 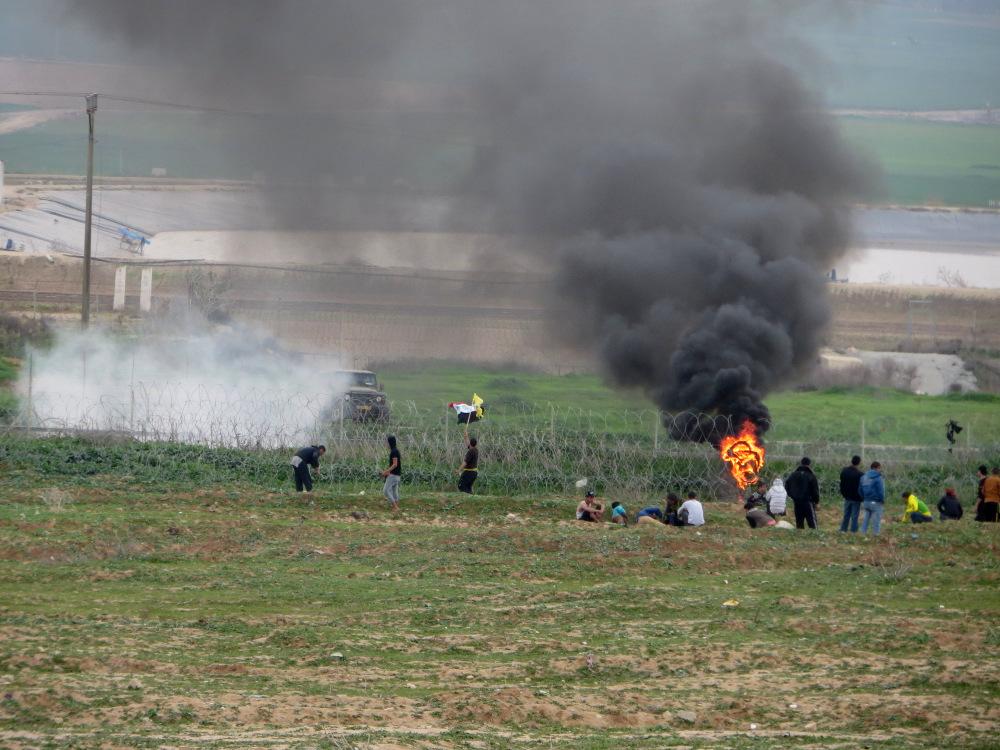 A burning tire thrown at the fence 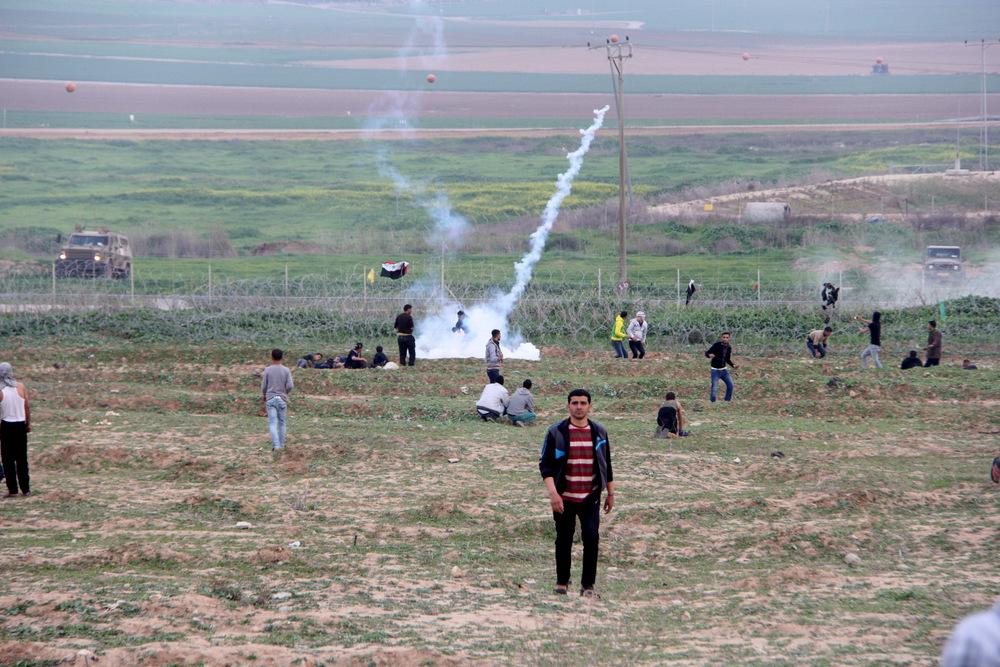 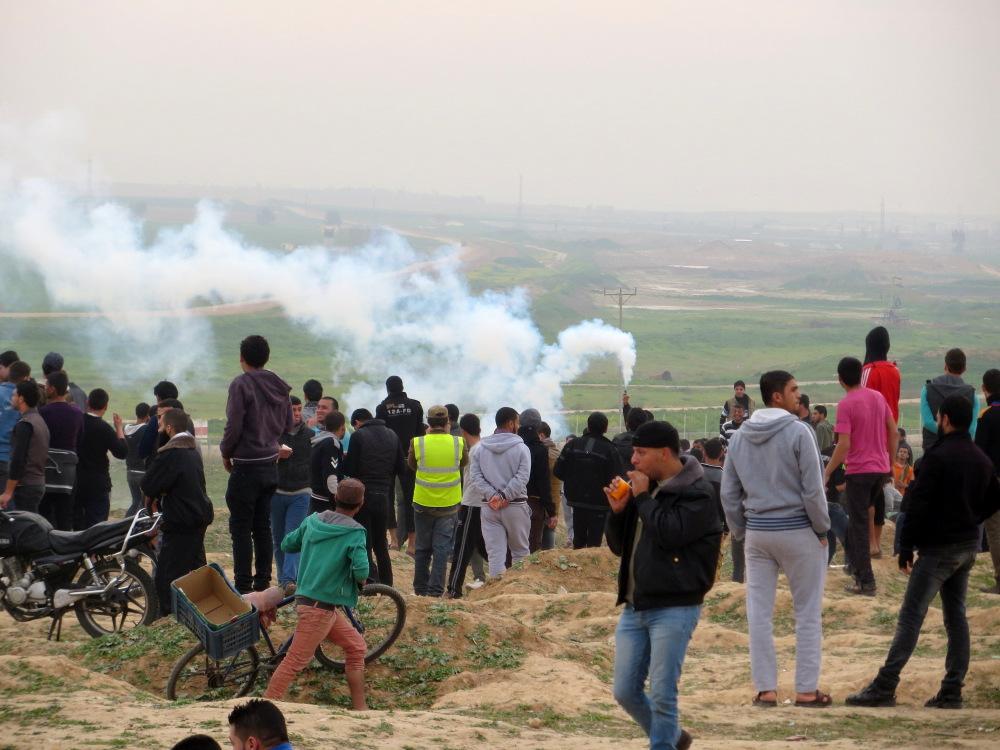 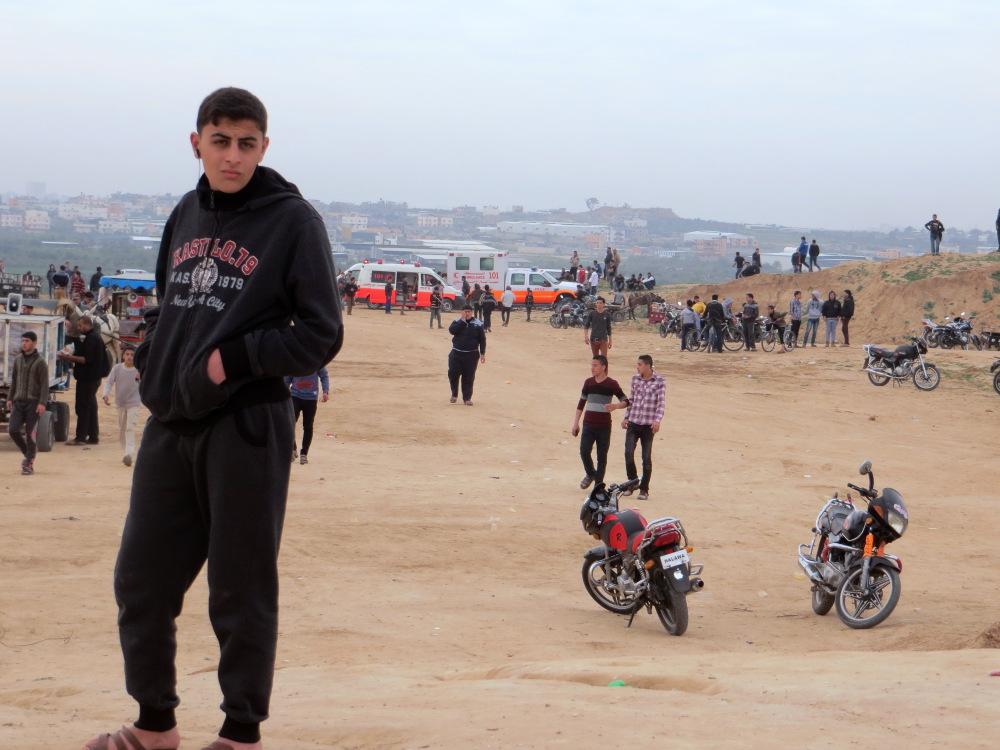 The hill overlooking the border: where many of the youths gather to buy soft drinks and snacks, and ambulances wait 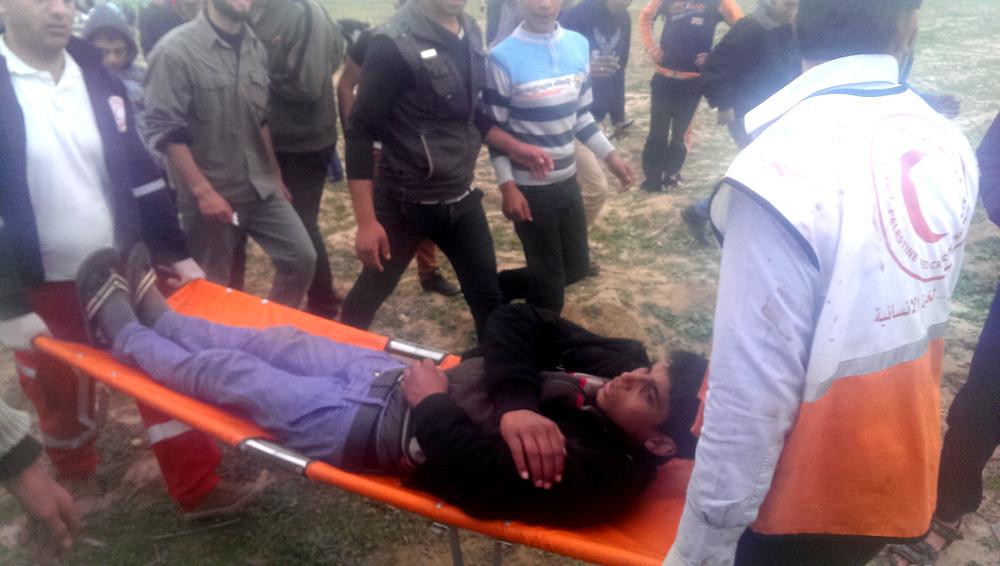 Munzar Nasser a-Saher, 21, injured in the arm by a tear-gas canister 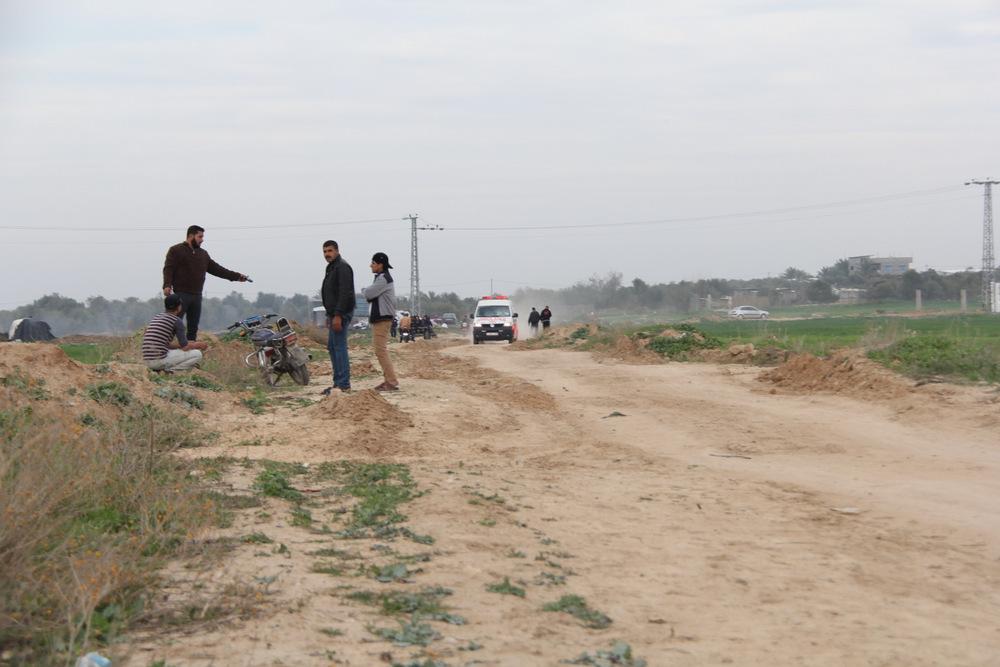 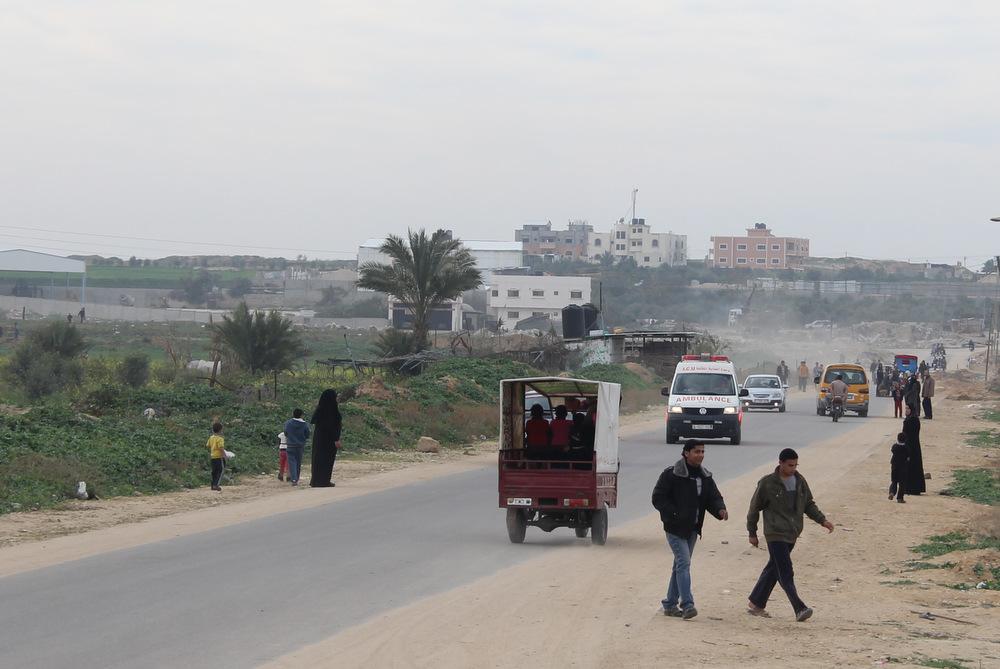 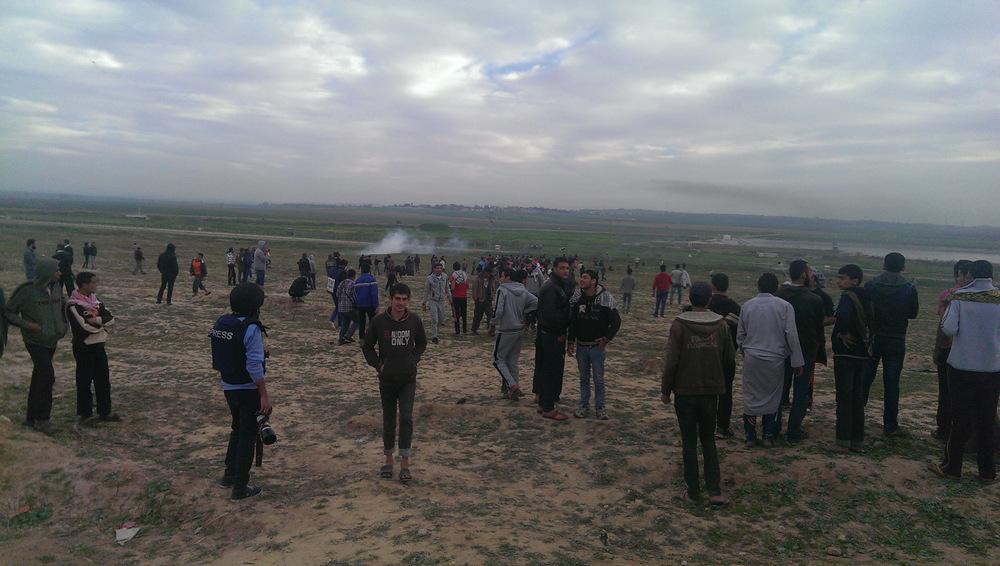 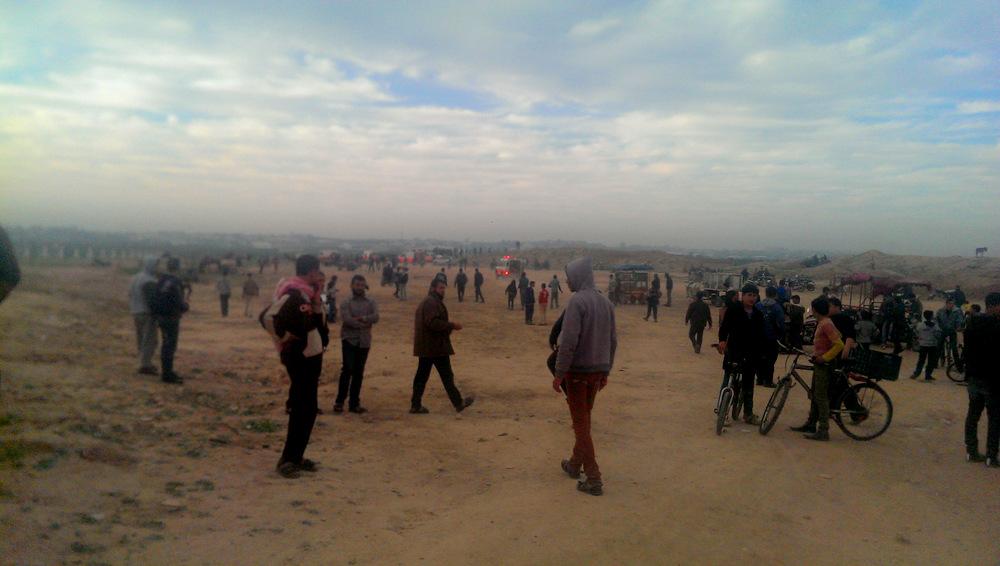 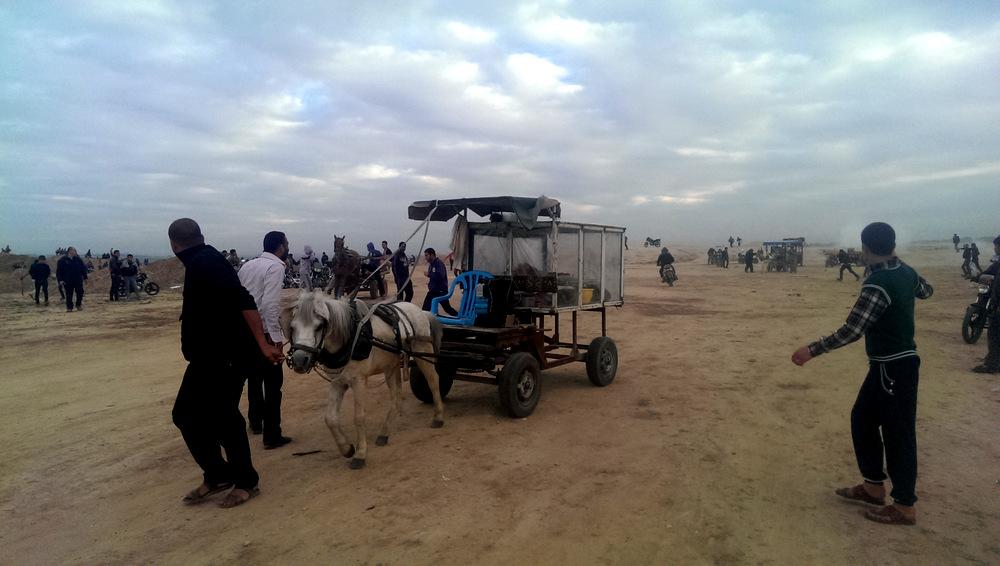 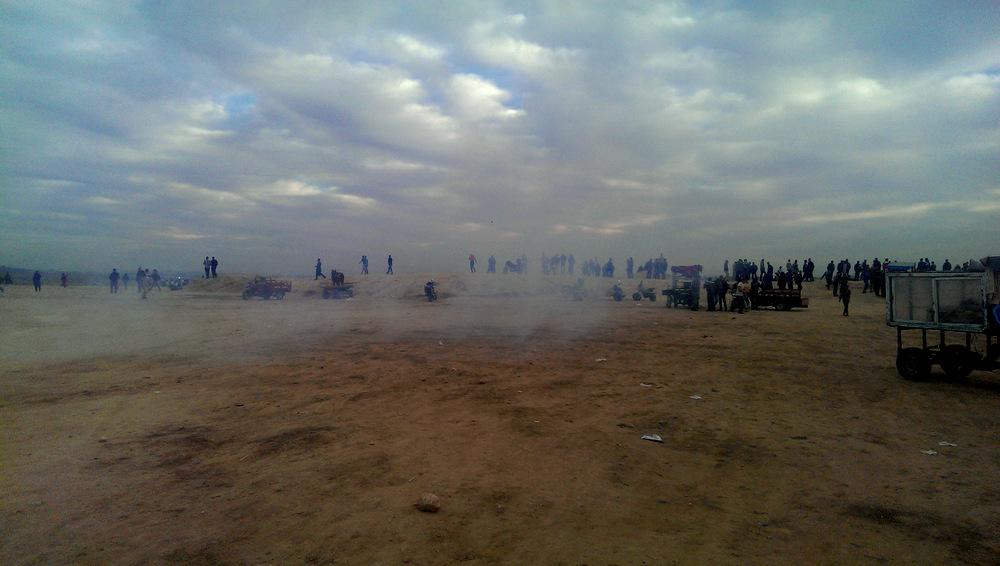