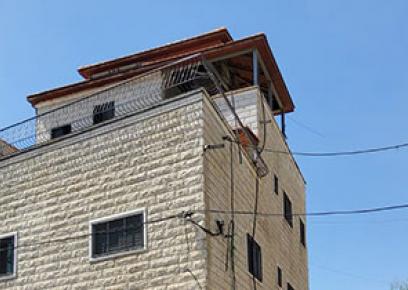 The roof on which Manal 'Awad was held by the Border Police officers. Photo by Musa Abu Hashhash, B'Tselem, 30 August 2021

On Friday, 30 July 2021, security forces attacked the participants in Shawqat 'Awad's funeral, who was fatally shot by troops in Beit Ummar. During the clashes, in which the participants threw stones, Border Police commandeered the roof of Manal 'Awad’s home, overlooking the village’s main street, and ordered her to serve as a human shield and carry objects upstairs for them, with her children locked up in her apartment. In 2005, the HCJ barred the military from using Palestinians as human shields, but soldiers continue to do so occasionally. 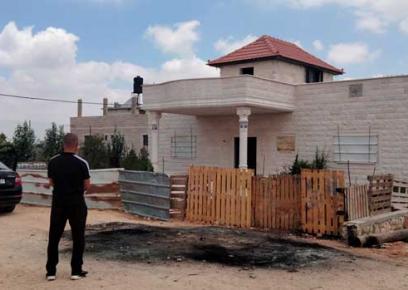 A man stands where the soldier stood when he shot Muhammad Hassan, who was on the house’s roof. Photo by Salma a-Deb’i, B’Tselem, 5 July 2021

On 3 July 2021, settlers escorted by soldiers stoned homes in Qusrah, southeast of Nablus. The soldiers did not lift a finger to stop the attack, and the villagers tried to defend themselves by throwing stones. At one point, a soldier shot Muhammad Hassan in the shoulder, who was trying to defend his brother's home by throwing stones from its roof. As in other cases, in this instance too, settler violence is not a local, sporadic initiative but, rather, part of Israel's policy.
1 September 2021 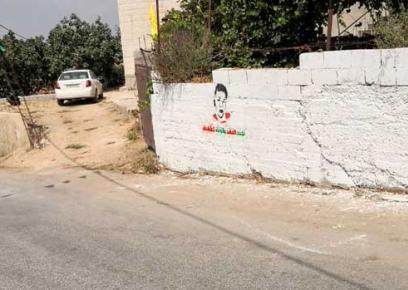 Graffiti on a fence where Muhammad Tamimi was wounded by soldiers. Photo by Iyad Hadad, B’Tselem, 25 July 2021

On 23 July 2021, soldiers and a military jeep entered a-Nabi Saleh and advanced towards its center in an operation that appears to have been intended for provocation only. Upon reaching the village center, young men began throwing stones at them. At one point, the soldiers began retreating while firing and sheltering behind the jeep. On their way out, they encountered a blockade set up by the young men, as the stone-throwing continued intensively. One of the soldiers shot Muhammad Tamimi (17) in the back, who died of his wounds at the hospital. 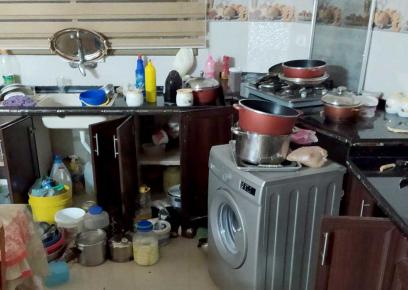 Disarray the soldiers left behind in Iman and Hikmat Shteiwi’s kitchen in Kafr Qadum. Photo courtesy of the family

On 1 June 2021, before dawn, Israeli troops raided two homes of the extended Shteiwi family in Kafr Qadum. They woke the inhabitants, separated them, conducted violent searches and severely beat two family members, one of them 17. They arrested Bashar Shteiwi, who was released two weeks later. In late June, soldiers again arrested Bashar – who has since been released – and his brother, who is still in custody. Military incursions into Palestinian homes at night have become integral to the occupation routine in the West Bank. 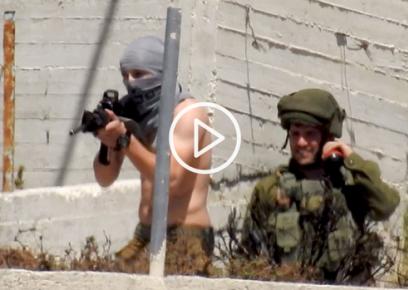 Masked Israeli settler in military trousers fires at Palestinians with a soldier next to him, ‘Urif, Nablus district, 14 May 2021. Still from video

May 2021: Two Palestinians were fatally shot in two joint attacks by settlers and soldiers in the villages of Iskaka and Urif - Awad Harb and Nidal Safadi

On 14 May 2021, settlers and soldiers invaded two villages, ‘Urif and Iskaka, in two incidents. The settlers, some armed, threw stones at homes and residents, who came out to defend themselves by throwing stones. In both villages, settlers and soldiers fired live rounds, injuring of 12 residents and killing two: ‘Awad Harb in Iskaka and Nidal Safadi in ‘Urif. Collusion between soldiers and settlers in the attacks on Palestinians has long been part of the routine in the West Bank that endangers the lives, property, and wellbeing of the villagers. 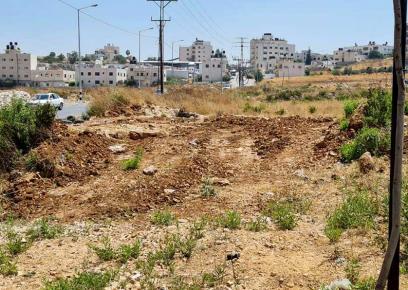 The concrete slabs behind which the soldiers hid while fatally shooting Fadi Washahah from tens of meters away, although he posed no risk. Photo by Kareem Jubran, B'Tselem

On 15 May 2021, violent clashes took place between soldiers and dozens of Palestinians at the northern entrance to al-Birah. Fadi Washahah (34) came to join a protest march that was about to reach the area, and headed with two other people towards a group of protesters hurling stones at soldiers. Before he reached them, soldiers unlawfully shot him, although he posed no risk, injuring him in the head from 70-100 meters away. He died two weeks later. Based on experience, the MPIU investigation launched will likely serve to whitewash the killing. 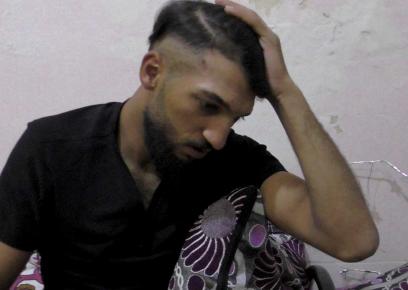 Muhammad a-Talhami after his release. Photo by Manal al-Ja’bari, B'Tselem

On 5 July 2021, sisters Rima and Iman a-Talhami were driving home within Hebron in the former’s car, which has Israeli license plates. Border Police officers at Checkpoint 160 inexplicably refused to let them through. In the ensuing argument, settlers joined in and one knocked Iman over. The officers beat her son Muhammad, arrested him and demanded the family not file a complaint in exchange for releasing him. Palestinians depend on the whims of security forces in Hebron and throughout the West Bank, and are familiar with this violent routine. 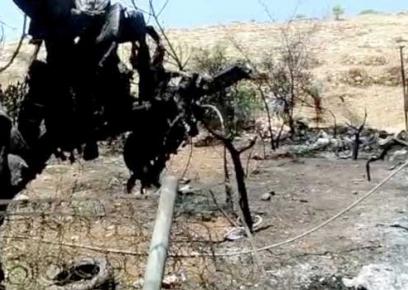 An agricultural plot owned by a Beit Furik resident that was torched by the settlers. Photo courtesy of the witness

On 14 June 2021, a fire broke out on pastureland that lies on a ridge south of Beit Furik and Khirbet Tana. The settlement of Itamar was established on the ridge in 1984 on land belonging to Palestinian villages, and later joined by several outposts. The following day, settlers attacked Palestinian farmers, accused them of setting the fire, threatened them and damaged their property. State-backed settler violence has become a routine part of the occupation, leading to the increasing dispossession of Palestinians throughout the West Bank. 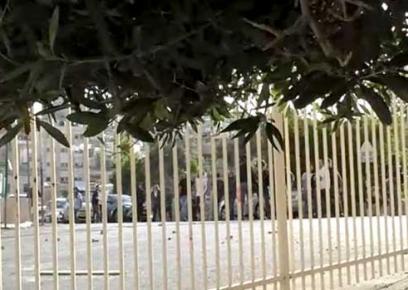 Settlers throwing stones at the Geith neighborhood across the fence. Photo by Nael Fakhuri, 11.5.21

On 11 May 2021, dozens of settlers attacked residents of the Gheith neighborhood in central Hebron and threw stones at them. The latter threw stones back. Soldiers ignored the settlers and hurled tear gas and stun grenades at the residents. At one point, settlers stoned neighborhood resident Nael Fakhuri, a B’Tselem volunteer who was passing by with his son and a neighbor. Six Border Police officers then arrested him. He was transferred between police stations, beaten by soldiers and released two days later after paying NIS 4,000. 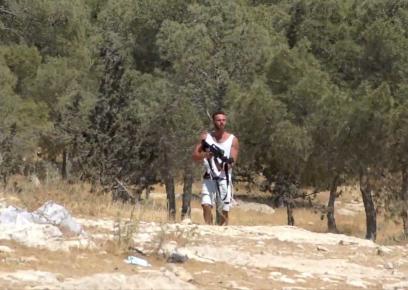 On Saturday, 26 June 2021, some 20 settlers invaded the village of a-Tuwani, stoned residents and beat some with sticks, injuring one. Soldiers then escorted the settlers to other communities. A settler fired at Palestinians and several others torched an agricultural structure of an a-Tuwani resident and damaged his olive grove. After the settlers retreated, other soldiers arrived and fired live fire and tear gas at the Palestinians and their homes. This is life for Masafer Yatta residents, whom Israel works to expel from their land.