Settlers hurled stones at us, the soldiers ignored them 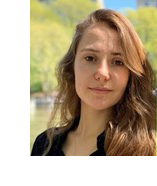 After the death of 16-year-old Israeli Ahuvia Sandak on 21 December 2020, violent settler attacks against Palestinians spiked throughout the West Bank. Over some two months, until 15 February 2021, B’Tselem field researchers documented 73 such incidents. In 37 of them, Israeli security forces were present at the scene, yet refrained from intervening. In six cases, the soldiers used crowd control weapons and live fire – not to stop the Jewish assailants, but against the Palestinians under attack.

Public discussion in Israel was marked by feigned surprise – as though the incidents were exceptions led by angry “hilltop youth.” This framing is blatantly divorced from reality. As a data coordinator at B’Tselem, I have processed hundreds of such cases and personally witnessed settlers attacking Palestinians unimpeded. Since B’Tselem was founded, we have processed thousands of such cases. The facts are clear: violent acts by settlers have become a routine matter for Palestinians in the West Bank, who learned long ago that no one intends to protect their lives, wellbeing or property.

During the last olive harvest, I accompanied residents of the Palestinian vilage Huwarah along with several Israeli activists. The Palestinians harvested their olives in a grove planted on a steep slope, with hundreds of trees. Shortly after we got there, several masked teenagers appeared on the top of the hill and started throwing stones at us. They were not alone – several older settlers were standing nearby, calmly watching and filming the attacks; there were also several soldiers with them. When the Palestinians tried to explain to the soldiers that we were merely picking olives, the soldiers ignored them and hurled stun grenades and fired tear gas canisters at us. As we fled, stumbling across stones and thorns, several residents were injured by stones the settlers threw and from inhaling tear gas.

This incident was no different from dozens of cases I have handled at work or witnessed firsthand. Every single time, it is hard to acknowledge what is going on before my very eyes. Every time, it becomes clearer just how integral the soldiers are – not at all by accident – to the settler violence and expulsion of Palestinian landowners, and that this is not a string of random occurrences.

The attacks following the death of Sandak were not the unusual handiwork of lawless young extremists, either, but a manifestation of Israel’s longstanding policy. The state backs armed settler militias, allowing them to assault Palestinians undisturbed, because this serves its purposes: deterring Palestinians from trying to access the land their own, in order to facilitate the takeover of more Palestinian land and the expansion of settlements.

Privatizing the violence to deflect criticism against Israel cannot hide the fact that it is carried with the full support of Israeli authorities, including top military commanders, Civil Administration officials, the law enforcement systems, judges and government ministers. It’s not that the military isn’t “carrying out its duty” to protect Palestinians. Protecting them was never part of the real plan: dispossession. Last month, we published a position paper analyzing the apartheid regime that Israel employs throughout the area it controls between the Jordan River and the Mediterranean Sea, and detailing how this regime works to advance and perpetuate the supremacy of one group – Jews – over another – Palestinians. The paper garnered widespread interest and coverage, as detailed at the end of this update.

The current year began with a slew of settler violence, which included throwing stones at cars and homes while endangering children and adults, attacking farmers and driving them off their land, and assaults in public areas and on the very doorsteps of homes. The purpose of these acts remains to expel Palestinians from their land and to undermine their sense of personal safety .

In the last few months, we have been following the demonstrations against the establishment of a settlement outpost near the community of Ras a-Tin. The security forces suppress the protests in accordance with Israel’s longstanding open-fire policy in the Occupied Territories, which allows the use of lethal fire even when there is no mortal risk to anyone. The forces also use what the military calls “crowd control weapons” – in a way that makes them dangerous and even deadly. That is how 15-year-old ‘Ali Abu ‘Alia was killed and two protesters were injured. In one case, settlers attempted to disperse the protesters with dogs and live fire – in full view of the forces. Freedom of demonstration, Border Police style.

The same open-fire policy led to the injury of two Palestinian minors by Israeli security forces in November 2020. In the first case, Bashar Hamad (15) lost an eye from crowd control weapons used during a Border Police and Special Patrol Unit (SPU) raid on Qalandia Refugee Camp. In the second case, Yusef Taha (17) was hit in the head by a rubber-coated metal bullet during a protest in Kafr Qadum. In Silwad, northeast of Ramallah, four soldiers abused the town’s 10,000 or so residents for three weeks, with interruption. Among other things, they set up checkpoints, hurled insults at residents and assaulted them. The soldiers also roamed the streets, hurling stun grenades, firing tear gas canisters and vandalizing vehicles. In one instance, they shot and wounded a 16-year-old. If this was, indeed, a rogue initiative, none of the soldiers’ superiors bothered to restrain them. Based on years of experience, it is highly unlikely that any action will be taken against them retroactively, either.

Last December, Border Police and SPU forces again entered Qalandia Refugee Camp. They raided the Hamad family’s home, holding the members in two rooms while searching for two others whom they wanted to arrest, attacking a 15-year-old, breaking down doors and tearing upholstery. During the raid, camp residents hurled various objects at the officers, who responded by indiscriminately shooting live fire and 0.22-inch caliber bullets (“two-twos”) – injuring four people. The use of live fire in a crowded residential area is unjustifiable. Nonetheless, it is clear that in this case, as in hundreds of others, no one will be held accountable for the violence employed against the family or the reckless shooting — neither the perpetrators, the officials up the chain of command, or the legal advisors who sign off on these operations time and again.

Israel is continuing its efforts to expel Palestinian communities from their homes by making their lives unbearable, in the hope they will leave, supposedly of their own free will. As part of this policy, Israel has repeatedly demolished Khirbet Humsah in the Jordan Valley since November 2020. The community was partially rebuilt with the help of various organizations and individuals, but in February, Civil administration personnel repeatedly returned and confiscated tents and livestock enclosures, including equipment donated to the embattled community. Dozens of people, including children, again found themselves left with nothing but the clothes on their backs.

In February 2021, the Jerusalem Municipality demolished a two-story building in al-‘Esawiyah that was home to four families, numbering 18 members, for 12 years. Israel also confiscated and demolished an outhouse, tents, gas pumps and a shack in the South Hebron Hills.

Also in the South Hebron Hills, Israel is using various means to pressure residents to leave. A recent “military maneuver” was conducted among area homes. Tanks and armored personnel carriers moved around within the communities as though there were no homes or cultivated fields belonging to people all around them. These are the sounds and sights from Masafer Yatta, filmed on 2 and 3 February. We conclude with our newly-launched upgraded database on the people killed in the conflict between Israel and the Palestinians, which B’Tselem has been compiling since the organization was founded in 1989, and on the demolition of Palestinian homes under various pretexts in the West Bank (including East Jerusalem), which we have been monitoring for many years. Our new website display offers easier and more efficient navigation and use of this broad database.


B'Tselem in the media:

We are Israel's largest human rights group – and we are calling this apartheid, Hagai El-Ad, executive director of B’Tselem, The Guardian.

Israel is an apartheid regime, not a democracy, says prominent rights group, Bel Trew, The Independent.

Why B’Tselem is calling Israel an apartheid regime, from the river to the sea, Orly Noy, +972 Magazine.

Israeli Minister's Decision on B'Tselem Is an Insult to Education, Haaretz.com Editorial.

The Education Minister Is Afraid of the Truth: Israel Is an Apartheid State, Op-Ed by Hagai El-Ad in Haaetz.com.