On 4 April 2012 the security services evacuated the new settlement and sealed the entrances. Since then, the army has placed a guard on the building.

On 12 March 2012, dozens of settlers took over the third floor of a three-story building in the Old City of Hebron, some 100 meters south of the Cave of the Patriarchs in the Israeli-controlled H2 area. The Israeli army declared the area around the building a closed military zone and blocked off the courtyard in front of the building with roadblocks. In addition, the army did not allow anyone to visit the home of the al-Jabber family, Palestinians who live on the second floor, but permitted access to the building for settlers and their visitors. On 2 April 2012, the army issued an evacuation order instructing the settlers to leave by the next day. The establishment of settlements in Hebron constitutes a violation of international law and severely infringes on the human rights of the city’s Palestinian residents. As a result, Israel is legally and morally obligated to evacuate the Hebron settlers and bring them back to its own territory.

The building is located in an area where the army has prohibited Palestinian vehicular traffic since the start of the second Intifada. Behind the building a military post was erected and alongside it is one of the 18 checkpoints the army has installed around the perimeter of the Old City.

According to media reports, the settlers claim to have purchased the third floor of the building, in addition to a storage room on the first floor, and the garden. Israeli military law requires that all purchases by Israeli civilians in Palestinian localities in the West Bank must be approved by Israel’s minister of defense. No such approval was given in this case.

Past experience suggests that new settlement sites in Hebron lead to an increase in the army’s restrictions on Palestinians and greater damage to their human rights. Palestinian mobility is further restricted due to increased presence of security forces charged with protecting settlers at the site. Friction with the settlers also prevents Palestinian pedestrian traffic through the area. Hence restrictions on movement near the building are liable to remain in place unless the new settlement is evacuated.

In the Old City of Hebron there are already four other such settlement points: Avraham Avinu, Beit Romano, Beit Hadassah and Tel Rumeida. Some 500 settlers live in these areas. In December 2008, the police evacuated settlers from a house they had taken over on the road linking Kiryat Arba and the Cave of the Patriarchs. The army then sealed off the building.

Over time, H2, the area that remained under sole control of Israel according to the Hebron Agreement of 1997, has gradually become a ghost town. Since the massacre at the Cave of the Patriarchs in 1994, the Israeli army openly promulgates a policy based on the “separation principle” and almost continuously since 1998, it has prevented Palestinian pedestrian traffic on the main road in the area – Shuhada Street. When the second Intifada began, Israel imposed an extended curfew on the area, closed many Palestinian businesses and forbade Palestinian movement on a number of additional nearby streets. This policy combined with the ongoing violence perpetrated by settlers on Palestinian residents - a phenomenon which the Israeli authorities have not moved to eradicate - brought about the economic collapse of the Old City area, and caused thousands of its Palestinian residents to leave. A B’Tselem survey conducted at the end of 2006 found that at least 1,014 abandoned Palestinian housing units (41.9 percent of all Palestinian housing units in the area) and 1,829 Palestinian businesses that had been closed (76.6 percent of the area’s Palestinian businesses).

The settlement points established in Hebron violate international law and prevent Palestinian residents from exercising their most basic human rights. Israel’s chosen policy for protecting and preserving these settlement points – causes extensive harm to Palestinian residents’ rights to a decent quality of life, personal safety, freedom of movement, health and property, among other rights. The newest settlement is liable to increase the damage. As such, Israel has a legal and moral obligation to evacuate the settlers in Hebron and bring them back to Israeli territory.

So long as the settlers are not evacuated, the authorities must protect them, but must also, insofar as possible, reduce the resulting harm done to Palestinians in the area. Palestinians must be free to move about the streets in central Hebron, and they must be allowed to return to their homes. Steps must be taken to rejuvenate the commercial center of Hebron. Law and order must be enforced on violent settlers. Every instance of unlawful behavior by members of the police or armed forces must be investigated. And any attempt by settlers to take over additional buildings or areas must be prevented. 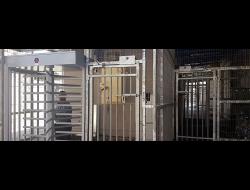