Jessica Montell has served as B'Tselem's Executive Director between 2001-2014. She first joined B'Tselem in 1995 as Resource Director. Prior to joining B'Tselem, Ms. Montell worked at various Israeli social justice organizations, including the Israel Women's Network, Shatil and HaMoked: Center for the Defence of the Individual. She has also served as a consultant to the US-based Lawyers Committee for Human (now Human Rights First). In 2011, Ms. Montell was selected by Ha'aretz as one of "the year's 10 most influential Anglo immigrants."

Ms. Montell has a Masters degree from Columbia University's School of International and Public Affairs. She is the author of B’Tselem’s comprehensive report Prisoners of Peace: Administrative Detention in the Oslo Process. She writes regularly in the Jerusalem Post and is a frequent speaker and commentator on human rights, international humanitarian law and counter-terror policies. Some of her op-eds include the following:

Beyond Goldstone: A truer discussion about Israel, Hamas and the Gaza conflict, Washington Post

Time for a new deal for administrative detainees, Jerusalem Post

Both sides must address their war crimes in Gaza, Lebanon Daily Star 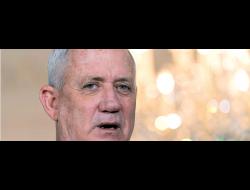