In late January 2017, the military blocked off vehicle access via the main entrance of Palestinian village of ‘Azzun - and kept the entrance shut nearly continuously for two and a half weeks - as collective punishment for incidents in which stones and Molotov cocktails were hurled and live ammunition fired at the major traffic artery that runs close to the village. ‘Azzun, which is home to some 10,000 people, lies east of the town of Qalqiliya, close to Route 55 that links the town with Nablus and serves as the main road in the area. As B’Tselem has reported, the eastern entrance to ‘Azzun, which is close to the settlements of Maale Shomron and Karnei Shomron, was blocked off by the military as far back as 1990. Since then, residents have used the three remaining entrances to the village: the north entrance, which is the main entrance and leads into Route 55, the north-western one, and the southern one. In 2016 the military closed the main entrance six times, for several hours each time. Taxi waiting for passengers outside the closed gate at the main entrance to ‘Azzun. Photo by Abdulkarim Sadi, B’Tselem, 2 Feb. 2017

On the afternoon of Thursday, 26 January 2017, the military closed the gate at the main entrance to the village and posted soldiers there to keep vehicles from getting through. The military also closed the gate at the north-western entrance, which leads to the neighboring village of ‘Izbat a-Tabib, and placed a checkpoint at the southern entrance, which leads to the village of Thulath. In addition, the military placed dirt piles to block off access to a tunnel that runs under Route 55, which residents of the village use to reach their farmland that lies north of the road. Youths from the village cleared away the dirt piles after a few days, enabling residents to use the tunnel again. Until then, the quickest way to access Route 55 was to drive along dirt roads that link ‘Azzun with the nearby village of ‘Asleh, and from there to ‘Izbat a-Tabib, which lies on Route 55. Map: ‘Azzun and its environs

During the weeks that the main entrance was closed, the soldiers opened it at random times for several hours a time, without giving residents prior notice. Young men from the village opened the gate twice when soldiers were off duty, but the military closed it again.

Blocking the main entrance to ‘Azzun also affected the 6,000 or so residents of villages to the south of ‘Azzun, as they need to drive through ‘Azzun to reach Route 55. Whenever the military closes off the ‘Azzun access point, these residents also have to take circuitous routes.

The restrictions the military imposed on the freedom of movement of all Palestinians living in the area make daily life difficult for tens of thousands of people, including the workforce, students, merchants, and ill people – all residents of Area B. These repercussions demonstrate once again how Israel continues to control the lives of all Palestinians in the West Bank, not only those who live in areas designated Area C.

On 5 February, about ten days after the entrances to ‘Azzun were closed, soldiers handed out pamphlets to pedestrians crossing the checkpoint. The text, written in Arabic, reads as follows:

Residents of ‘Azzun: There has recently been a dangerous upsurge in incidents targeting Route 55 that involved throwing stones and Molotov cocktails, and gunfire. We declare that these attacks endanger the safety of Israeli and Palestinian residents of the area, and oblige the IDF to take essential measures in the area of ‘Azzun that may disrupt vehicular traffic and travel by residents, in order to protect the lives of innocent residents and respond to the violent incidents (attacks) that have caused an escalation. The IDF does not wish to disrupt the lives of the residents and does not plan to do so. However, due to the compromised security near ‘Azzun, the IDF is obliged to take all necessary measures to maintain security and safety.

Closing off roads as a response to instance of throwing stones and Molotov cocktails or gunfire is unlawful and constitutes collective punishment of the residents of ‘Azzun and of nearby villages. Collective punishment is prohibited under Article 33 of the Fourth Geneva Convention, which states that persons must not be punished for offenses that they did not commit. The military’s argument that this is an exceptional situation that obliges it – against its wishes – to restrict residents’ freedom of movement is baseless. First, blocking traffic has nothing to do with preventing gunfire or the throwing of stones and Molotov cocktails; it is designed to pressure residents into taking action within the community to stop these incidents. Second, these restrictions are far from unusual, as the military has been employing them for many years throughout the West Bank as part of its declared policy. 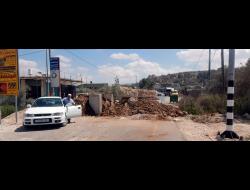 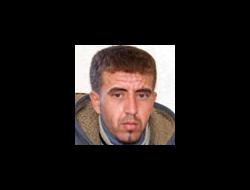