Military punishes Hizma’s 7,000 residents by closure on village for alleged stone- throwing on nearby road The Palestinian village of Hizma lies northeast of Jerusalem, in the West Bank. About 7,000 people live in Hizma, most of whose land is defined as Area C, under full Israeli control. Over the years, Israel appropriated some of the village land to build the settlements of Pisgat Ze’ev and Neve Ya’akov west of the village and for construction of the Separation Barrier, which cuts the village off from East Jerusalem. In addition, the settlement of Geva Binyamin was built north of the village and the settlement of Almon to the east. The village lies on Route 437, which serves settlers and residents of nearby Palestinian villages, as well as residents of East Jerusalem traveling in the direction of Ramallah. Israel appropriated some 30 hectares of village land to build the road.

On 13 April 2015, at approximately 2:00 P.M., the military sealed off both entry points to the village and prevented vehicles from leaving the village, claiming that residents of Hizma had thrown stones at the road. At the northern entrance, soldiers placed concrete blocks with a sign reading: “To residents of the area: Several of you are responsible for carrying out riots and disturbances of the peace, which resulted in the erection of this barrier. Do not cooperate with them! Stop these actions, which harm your daily lives. For your welfare, and to restore quiet and security to your area, send us any information you have on these disturbers of the pace and their activity in your area to this number: 072-2587990 or to the following email address: Makeitstop2015@gmail.com. Abu Salam, Israel Defense Forces Headquarters”. The sign posted by soldiers at entrance to the village. Photo:  Shadi al-Khatib, Hizma

Only at midnight did the military remove the obstructions it placed. The next morning, at 7:00 A.M., the soldiers again closed off both entrances to the village by laying spikes. Residents are permitted to exit and enter the village on foot only. The only way out by vehicle is a dirt path that links up to Route 437 by the village of ‘Anata.

This is not the first time that the military has closed off the entrance Hizma. This punitive measure is adopted every time youths throw stones at the road. However, this is the first time that a sign was posted holding the entire village responsible for stopping the stone-throwing – essentially notifying the villagers that they are being punished for offenses they did not commit.

Restricting the freedom of movement of 7,000 people, the majority of whom have nothing to do with the stone-throwing, constitutes collective punishment; as such, it is prohibited under international law. Such restrictions always take the heaviest toll on the most vulnerable members of society, whose mobility is limited to begin with, and on all residents’ income and daily lives. If the military has any information regarding village residents who committed offenses, it has various enforcement measures at its disposal that can be adopted without using scare tactics against an entire population. The military must immediately remove the obstructions blocking the village entrances and enable the residents to resume their daily routines. 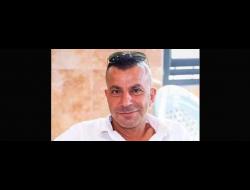