The Mass Deportation of 1992

In December 1992, Israel deported to South Lebanon 415 Palestinian residents of the Occupied Territories, some for one year and others for two years. The decision to deport was reached after several Israel security force personnel were killed by Palestinians. The cabinet's decision and the deportation order issued pursuant to it state that the deportation is to be carried out immediately without granting the deportees the right to be heard prior to execution of the deportation.

Chronology of The mass deportation

In the first two weeks of December 1992, six members of the Israeli security forces were killed by Palestinian residents of the Occupied Territories. One of them was a Border Policeman, Nissim Toledano, who was kidnapped on 13 December by Hamas. After finding Toledano's body, Israel arrested some 1,600 Palestinians. On 15 December, Prime Minister Rabin announced that the Israeli government intended to take severe action against Hamas.

On the morning of 16 December, the government decided to order deportation for up to two years of "inciters, those inhabitants of the area who endanger human lives by their activities, or those who incite others to such actions." The deportations were to be carried out "without prior notification."

The security forces began carrying out the deportations that evening, while two deportation orders were being issued in the West Bank and three in the Gaza Strip. More than 400 Palestinians were put on buses and taken north, towards south Lebanon, handcuffed and blindfolded. Most of the deportees were taken directly from prison facilities, where they had been held since the wave of arrests; the remainder were taken from their homes.

The IDF censored publication of any information regarding the deportation decision and its execution, the idea being to move the deportees to Lebanese territory that night, before the matter could be brought before the High Court of Justice. In spite of the censorship, news of the intended deportations reached human rights organizations and attorneys, and that night, several petitions were filed with the High Court. Justice Aharon Barak issued a temporary injunction prohibiting continuation of the deportations, stopping the convoy.

The hearing on the petitions before the High Court began at 5:00 A.M. before three justices. The hearing was subsequently continued before a seven-judge panel. During the hearing, thirty-five of the deportees were taken off the buses and returned to prison or their homes. Thirty-two other Palestinians were placed on the buses in their stead.

After a fourteen-hour hearing, during which hundreds of the deportees remained on the buses with their hands tied behind them and their eyes covered, the High Court, five justices ruling in favor, approved the government's decision. The deportation was carried out the same day, 17 December. The hearing on the legality of the deportation was postponed.

Following an agreement between Israel and the United States made in February 1993, Israel agreed to shorten the period of the deportations and to allow the deportees to return.

Criticism of the mass deportation

The Israeli defense authorities did not contend that the deportees were responsible for or participated in the attacks on IDF soldiers, which was the pretext for the deportation. The High Court of Justice chose to deny the illegality of the mass deportation, relying on outdated defense regulations, and ignoring the arbitrary, hasty, and negligent manner in which it was carried out. The High Court accepted the government's position in toto that "security needs", which were neither proven nor established in court, are to be preferred over every other consideration.

Deportation of persons from their homeland is a flagrant violation of human rights. In deporting the Palestinians, Israel unilaterally ignored its obligation to persons under its control. Such a violation cannot be justified in light of the violent acts committed by Palestinians in 1992. It is precisely in "emergency situations" that a state's commitment to human rights is tested. Unfortunately, Israel failed this test in December 1992.

Collective punishment, i.e., the punishment of individuals or groups for actions not specifically attributed to them, is forbidden under Israeli and international law. Article 33 of the Fourth Geneva Convention states that, "No protected person may be punished for an offense he or she has not personally committed. Collective penalties and likewise all measures of intimidation or of terrorism are prohibited.... Reprisals against protected persons and their property are prohibited".

An examination of the facts reveals that, contrary to the contention made by the state, the deportation of 1992 was collective punishment:

1. The decision-making process: The regional commanders acted under government pressure to deport a large number of persons suspected of being members of Hamas or the Islamic Jihad, which affected their ability to carefully deliberate concerning each candidate for deportation. The deportation was carried out according to unclear and sweeping criteria, and not on a specific act performed by the particular individual.

2. Nature of the orders In their form and content: The five deportation orders were clearly collective, and the names of the deportees were set forth in a list attached to the general order. The orders contained no reference to information pursuant to which the decision was reached to deport each of the deportees. The five orders stated uniform grounds for the deportation: "Due to their membership and activities in the area in the framework of the Hamas organization or the Islamic Jihad organization in a manner that severely harms the security in the area and the public order".

3. Cancellations, Mistakes, Contradictions, and Confusion: One out of every four Palestinians deported pursuant to the deportation orders was found to have been included in error, and his deportation cancelled. Some of the Palestinians whose deportations were portrayed as a security necessity before the High Court of Justice were not deported because of "organizational problems," the deportation of some were recognized as having been made "in error" and Israel allowed them to return, and other Palestinians were deported - or not deported - by mistake or contrary to the earlier position taken by the security authorities. Some of the deportees were not included in the lists attached to the orders.

The decision to deport was taken hastily, based on unclear and sweeping criteria, and under pressure of time and quantity. Mass deportation orders, in which no individual reasons were given, were signed at night, some after the deportation was underway. Unlike High Court hearings on deportations in the past, names were not mentioned during the lengthy hearing and there was no discussion of any specific deportee. Instead, numbers were mentioned.

On December 16 and 17, deportation orders were issued against 486 Palestinians. In the High Court of Justice hearing on 17 December, the IDF Chief of Staff convinced the justices of the vital necessity to deport 418 Palestinians. Four hundred and fifteen were actually deported. During the hearing, the justices did not review the list of the deportees, because the list was not then available to the Chief of Staff. Within two weeks, ten "errors" were reported and six more followed.

On 28 January 1993, the High Court of Justice approved the deportations of 399 Palestinians, only some eighty percent of the original number. The High Court accepted the State's claim that weighty considerations necessitated the deportation of each and every one of those 399 persons, without taking into account the absence of the very same considerations concerning eighty-seven others. 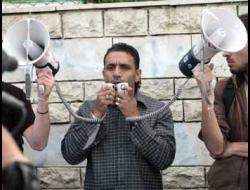