On 12 March 2006, cousins Hamzah 'Aweideh, 15, and Ahmad 'Aweideh, 11, brought Hamzah's brother his lunch and were on their way home. When they almost reached their houses, a white car stopped alongside them.

Police officers in plain clothes exited the car and assaulted and beat the children. Ahmad managed to run home. Hamzah, the elder of the two, was taken to the police station in Talpiot, in West Jerusalem, where the police officers continued to beat and maltreat him: "They beat me again. One of them put a rope or belt, I think, around my neck and began to tighten it. I was choking. Then, one of them put a knife to my body. I felt as if I was about to faint."

The policemen then told Hamzah to wash the blood from his face. After that, he was taken to the police station in Jabal al-Mukaber, where he was questioned and released to his father, who was waiting for him at the police station.

His father took him to Hadassah Hospital , where he was treated, X-rayed, and released. At home that night, he was in pain and began to vomit. His father took him back to the hospital. He was admitted and stayed there until the morning. Ahmad, his cousin, who had managed to flee, also received hospital treatment.

The family filed a complaint with the Department for the Investigation of Police. 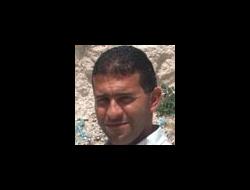