I understood from your response to the speech of European Parliament President Martin Schulz that you find dealing with the issue of water — or, more precisely, the water shortage among the Palestinians living in the West Bank — to be something of a nuisance. You may be surprised to hear that unlike you and most Israelis, water is not something I take for granted. Instead, it is a daily existential struggle. It is no theoretical matter; it is my family’s life. The war of statistics has already begun, but I want to tell you about myself and my village.

I live in the village of Susya, which is located between the settlement of Susya and the archaeological site that you have named “the ancient Hebrew city.” That “ancient city” was my home. In 1986, when I was 4 years old, Israeli occupation forces came to the village. The soldiers told us that it had been expropriated “for public needs,” threw us out of our homes, demolished our homes and forbade us to return there. Without home or property, we moved into caves on our land and tried to rebuild our lives.

Unfortunately for us, during that time the settlement of Susya was established very close to my family’s land. Army troops threw us out again and again. We would build and plant, and everything would be ruined. In 2001, we were expelled twice. Your Supreme Court ruled that the second expulsion was illegal. We were told it had been a mistake. But the destruction was awful: water wells and caves were destroyed and fields were trampled. We did not give up. We kept living on our land, holding onto what we could. Our story is one of many in the southern Hebron Hills region, and one of thousands across the West Bank.

We live from day to day, never knowing when the next expulsion will come. But even in the midst of this uncertain life, one of the major difficulties we have is the same thing that angered you so much when Mr. Schulz spoke about it: water.

For generations, my family and community have lived mainly on the natural water reservoirs on our land. These are wells that my ancestors dug in the hard ground, and on rainy days we collect our year’s supply of water in them. The State of Israel, which has complete control over Area C, treats us differently from our settler neighbors and refuses to connect us to the water infrastructure. We have two options: buying water or pumping it from our wells. Does that sound simple?

Access to 70 percent of our water wells is currently blocked. Demolition orders hang over our heads. To reach the wells, we need a special permit from the Israeli army. When we are lucky enough to obtain a permit, we must deal with violent attacks by settlers, who keep us from the water by force. Dozens of attacks have taught us to be careful. My children know not to go near the area by themselves lest the settlers come. When the army arrives, it disperses us and the settlers, and sometimes arrests a few of us, but in any case we cannot draw water that day. The water pipe that belongs to the settlement of Susya passes through our private land, beneath our homes, but we have no access to the water.

We can buy water in tanks, but we pay 35 shekels (about $10) per cubic liter for water from the nearby city of Yatta. (You certainly know that you, like every Israeli, like every settler, pay less than 9 shekels for the same amount). One-third of my family’s monthly expenses go for water, but unlike the Palestinians in the southern Hebron Hills, we are lucky because we live near a road. The inhabitants of the more distant villages pay more than NIS 50 per cubic liter of water.

I understand that these statistics are hard for you to hear, but average water consumption among the Palestinians is less than 70 liters per person per day, while for Israelis (including the settlers), water consumption reaches 250 liters per day. No matter what the figures are, I can assure you that we use much less water than the average. I would like to believe that you, too, understand that no one should live that way. No child should have to be afraid to drink a glass of water lest there be none tomorrow. These are my difficulties. These are my children’s fears. 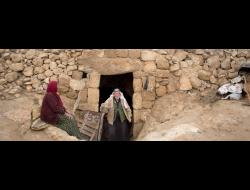 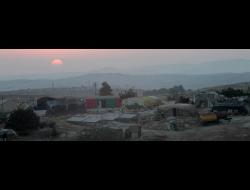