I am a taxi driver. Last Sunday [13 August], I left my house, in al-Barid, around 2:00 A.M. and drove ten laborers to Ramallah. We usually leave late at night so that they can get to work early in the morning, before the soldiers set up surprise checkpoints along the roadway. During those hours the checkpoints are closed and we travel via bypass roads. That night, we bypassed Checkpoint 17 and drove along the Ramin Plain dirt road. It is next to Ramin and takes about 20-30 minutes to get from one end to the other.

About an hour after I left my house, in the middle of the Ramin Plain dirt road, we encountered soldiers, who aimed their rifles at us. I saw five persons lying on the ground. Two soldiers were kicking them. I stopped and one of the soldiers came over to me and asked, in Hebrew, why I was riding along the road. While he asked, he hit me in the head with the butt of his rifle. He also punched me in the head. Then he opened the door, grabbed the collar of my shirt, and dragged me out of the taxi. He pushed me onto the taxi and ordered me to give him my identity card. I gave it to him. He said, in Hebrew, "Why did you come this way?" I told him that the checkpoint was closed and there was no other way to go. "You don't know it is forbidden to drive on this road?" he said. "These are laborers who have to get to work early," I responded. He kicked me in the leg and left.

At that moment, the soldiers ordered the other passengers to get out. The first soldier who beat me ordered them to lie on their stomachs, which they did about ten meters away from the passengers from the taxi that had been stopped earlier. One of the soldiers told the passengers from the other taxi to join the passengers who had been in my taxi. They crawled on their stomachs one after the other. I was shaking in fear. I did not know what was going to happen to us. I was dizzy from being hit in the head. One of the soldiers stood next to the passengers, his rifle aimed at them, and two other soldiers went over to my taxi. The soldier who beat me saw that I was rubbing my left leg. He asked me what I was doing. I told him that my leg hurt. He kicked me in the leg a few times. Then I told him that my leg didn't hurt, and he went away.

Later, he came back, grabbed me by my shirt collar and led me to the other end of the taxi, where there was a small chair. He sat down on it. I don't know where he brought the chair from. He ordered me to crouch down on my toes in front of him, and he asked again why I came via that road. I told him that I don't know another way. He slapped me and asked, "You don't know it is forbidden to drive along this road?" I wanted to respond, but he slapped me again. Each time he asked me something, he slapped me or kicked me in the thighs. I saw one of the soldiers walk on the back of the passengers lying on the ground. One of the passengers groaned and the soldier walked on his back for a longer period of time. The soldier walked back and forth on their backs a few times.

Another soldier searched the taxi and brought a bottle of cold water that I had brought from my house for the trip. The soldier poured the water on my head. The water was cold and I began to shake. I don't know if it was from the cold water or from the fear. The area was flat and very cold at night. My hair and clothes got wet, and the two soldiers laughed. One soldier searched the back of the taxi. There was food, clothes, and personal belongings because the laborers stay in Ramallah for the week. Whenever one of the passengers tried to talk, the soldiers shouted at him. Sometimes, the first soldier took some of the objects from the car - such as a tomato or shaving cream - and threw it at the passengers when they talked.

Later, the first soldier put a tomato on my head and said, "Now, I am going to hit it. Don't move." He picked up his rifle and, from about two meters away, aimed at the tomato. He began to count. When he got to three, I fell to the ground because it was too much for me. I thought he was going to shoot me in the head. He did not fire, but he and the soldier who brought the water kicked me and hit me all over my body with their rifle butts and hands. They beat me for about five minutes, and then the first soldier told me, "Get out of here. Do like they are doing." I joined the passengers. We continued to lie there, and again, each time somebody said something, the soldiers threw something at him. One of the soldiers threw cold cuts at one passenger who wanted to talk to me. The soldiers said that if he hears a peep from any of us, he would beat us all.

About ten minutes later, I saw three soldiers walk quickly in the direction from where we had come, and I saw car lights. I realized they had caught another car. I heard shouts and talking, but did not understand what was happening because the soldiers were far away and trees blocked my vision. Later, the soldier who had beaten me came over with my identity card. He gave it to one of the passengers and told us, "Get out of here fast." We couldn't believe that he was letting us go. The soldiers had kept us there for more than an hour.

The passengers picked up their things and I gathered up the equipment that the soldiers had thrown out of the taxi. The driver of the first taxi couldn't start his engine. Apparently, the soldiers had damaged it. The entire contents of the taxi were outside, and I saw the passengers pushing the taxi. I don't know what happened with them because I left and continued on my way to Ramallah. I worried about the passengers. It was important for me to get them to Ramallah in time for work. I took them and then returned home. I got home at around 7:30.

The whole time, I was thinking how I would be able to fall asleep. I was very dizzy and my left leg hurt. During the day, the pain got worse. My whole body hurt. I didn't work for four days. I took painkillers. I still remember the evil soldier who put the tomato on my head and beat me. Whenever I think about him, I shudder. He frightened me terribly at that moment, but I don't recall what he looks like because it was night and I couldn't pay attention to the outline of his face.

Ra'id Hafez Qassem Salahat, 26, married with two children, is a taxi driver and a resident of al-Badin, Nablus District. His testimony was given to Salma a-Deb'i, at the taxi parking lot in 'Asirah a-Shamaliya on 20 August 2006. 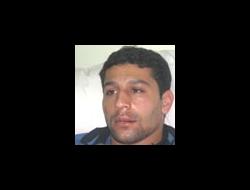 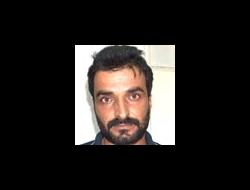