Border Police attack Jalal al-Batash at the Tomb of the Patriarchs checkpoint, April 2007

I've been living in the Old City of Hebron since I was born. I work as a tractor driver. I'm married and have a four-year-old boy named 'Imad.

On Friday [13 April 2007], at about 3:30 in the afternoon, I walked with my wife, who is pregnant, from our home to Muhammad Ali al-Muhtasseb Hospital for an appointment with Dr. Wa'il a-Rajib. My four-year-old son came with us.

On the way to the hospital, we passed by al-Haram al-Ibrahimi [the Tomb of the Patriarchs] next to the electronic main gate, and one of the border policemen stopped us and asked for my ID card. I gave it to him. The doctor's appointment was for 4:00, and I asked the policeman if he could check my card quickly. I told him I was on the way to the hospital. The policeman gave my ID card to another policeman, who laid it aside without checking it. I said, "Please help me get to the doctor," but he didn't want to listen.

When I realized they weren't going to help me, I tried calling my brother to ask that he come and take my wife and son to the hospital. The policeman yelled at me and told me to turn off the phone. I turned off the phone and put it in my pocket. The policeman came over to me with a policeman wearing a blue uniform.[regular police]. The one in the blue uniform asked me in Hebrew, "Who are you to make a phone call?" I told him that I'm a man who lives in the Old City and causes no trouble, and that I was asking him to help me get to the doctor without delaying me.

While they were attacking me, my wife tried to protect me. I fell to the ground, and they tied my hands behind my back. One of them kicked me in the back and side. They beat me for ten minutes. I lost consciousness. I woke up in the hospital with pains in my back, arm, and head. I was still dizzy. I asked one of the people where I was, and he told me I was at Hadassah Hospital, Ein Kerem. According to the hospital record, I got there at 5:02 P.M. I was X-rayed and examined there. The dizziness ended at 7:00 P.M. My brother Hasham, my wife, and my mother came to visit me at about 9:00 P.M.

This morning [Saturday, 14 April], at 10:00, a Border Police car arrived and took me to the Kiryat Arba police station. There, I spoke with an investigator who wore glasses and was of medium height. He told me that if I wanted to go home I'd better tell the truth. I told him exactly what happened. He called one of the Border Police officers at al-Haram. The investigator said there was nothing he could do and that the person in charge was the Border Police officer. He said I needed to give him 1,000 shekels for bail, and that if I didn't pay I'd be put in jail. The investigator asked me, "Do you want to pay the money or go to jail?" I called my brother, and he brought the money. I paid and went home. It was about 1:30 P.M.

I pass by al-Haram every day. The policemen there always harass me. In the investigation, they accused me of attacking a border policeman. I did not do that.

Jalal Naji Mahmoud al-Batsh, 24, married with one child, is a tractor driver and a resident of the Old City of Hebron. His testimony was given to ‘Issa ‘Amru at the witness's house on 14 April 2007. 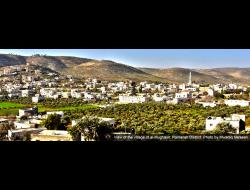 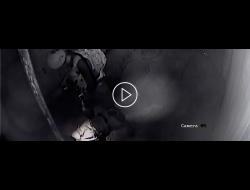