In 1948, when I was four years old the army forced us out of the village of Beit Jibrin . We then moved to Khirbet Beit 'Alam, not far from the border with Israel . We lived there for five years, but in the end we had to leave because the Israeli army did training nearby and used to fire in the direction of our village. We went to live in Khirbet Qassa, which lies two kilometers east of the Green Line. We have remained there since then. The land is owned by people from [the settlement] Tapuah. We lived a normal life, raised our children, and had grandchildren. We lived in tents, in open-sided shelters, and in caves, and made our living raising sheep and goats. We had more than 3,000 head of livestock. In the spring, we grazed the flock in nearby areas, and in winter we bought fodder. We were content. Raising our flocks guaranteed us and our families a good life.

In 2007, about 270 people were living in our village,two-thirds of them minors. The residents belong to thirty-seven families, originating from the a-Natah, a-Tamizi, and al-Waridat families. The a-Tamizi family arrived in the village eight years ago and the Waridat family fifteen years ago, from a-Dhahiriyah. The forty school children in the village studied in Idhna . They got to and from school by car, foot, or donkey.

The troubles began three years ago, when the Israeli army began to build the separation barrier and the new Tarkumiya checkpoint. A year and a half ago, the planning officer in the Civil Administration, Ja'far, gave us stop-work orders and demolition orders. We went to the Committee to Protect the Land and asked for legal assistance.

After the work on the barrier and checkpoint began, the soldiers began to stop the tractors that transported the children and carried the fodder and water containers and demanded that we show permits to cross the barrier. I went to the Civil Administration three times to request permits, but I didn't get them. Finally, the Red Cross helped us get crossing permits for a few people and for two tractors. Most of the residents of the village didn't get permits, so they had to sneak back into the village in different ways. The restrictions on movement continued from February 2007 up until the last few days.

On 25 October, the Civil Administration put demolition notices under rocks at the entrance to the village. On the 29 th , at eight in the morning, army vehicles and bulldozers came to the village. They all passed in front of me. I couldn't believe that they would harm us. I saw the soldiers go to the homes of the Waridat family and begin to demolish them and the family's open-sided shelters. Their homes were two hundred meters east of ours. After they finished demolishing all the Waridat homes, the soldier came to our homes. They told us to get out and move back.

I went over to the officer and asked him: 'Why are you doing this to us? We have lived here for more than fifty years and haven't done anything to harm Israel 's security'. He replied that a demolition order had been issued in Beit El [where the Civil Administration offices are located] and that the soldiers have to execute it. We told the women and children to take the flock to the woods nearby, and we, the men, remained. The women cried as they walked away from the village. I couldn't believe my eyes and didn't know what to do.

The soldiers destroyed the tents, the shelters, and all the food and drink of the sheep and goats, 142 feeding troughs and 72 water containers. The soldiers threw all the things onto a truck and took them far from the village. They did not give us time to take our things. They destroyed everything, including our clothes and our kitchen utensils.

The bulldozers scattered on the ground more than 250 tons of fodder that we had gathered for the winter. Some of the lambs and young goats were still in the caves, and the bulldozers were about to harm them. Some young men tried to block the path of the bulldozers to prevent that from happening, and one of the soldiers assaulted 'Amer Taleb a-Natah. An officer interfered and asked the driver of the bulldozer to stop so that we could remove the lambs and goats.

At three in the afternoon, or slightly later, the bulldozers finished demolishing everything. Everything we had built over a period of fifty years had been destroyed. I stood there with the other men. We were in shock. The officer who had spoken with me at the beginning came over and said to me, 'Because you are an honorable person, I'll give you until five o'clock to remove what you want'. I asked him if there was anything left to remove, and said that I wouldn't have enough time to take out all my flock by five o'clock. He replied: 'Because you are an honorable person, I'll give you until tomorrow at noon to finish.' He said that I was responsible for everyone remaining in the area. He threatened that if he found anybody in the area after noon the next day, he would kill him, and that if he found sheep and goats, he would confiscate them. The soldiers and bulldozers left, leaving us in the open space crying over our fate. We didn't know what to do.

The next day, more than ten patrols of the Nature Reserves Authority came to the site. They threatened that they would confiscate our flocks and arrest us if we didn't leave immediately, We realized they were serious and that there was no reason to remain in the village. The people of the Nature Reserves Authority supervised our leaving until the last of the residents had gone. We went to the outskirts of Idhna .

A person by the name of Taysir a-Tamizi let my family live in his house, which is under construction. He let us stay there with our flock temporarily, until Allah helps us find a solution. Nothing can replace the stable life we had in Khirbet Qassa for fifty years. I feel that the nakba [catastrophe] of our expulsion is harder than that of the 1948 nakba . We dispersed to places we didn't know. The army tore apart our community and ruined our sole source of livelihood.

I estimate our losses at one million shekels. We can be compensated for that, but not for the memories of fifty years of life. We didn't do anything wrong, we didn't do anything. We lived on Palestinian land in occupied territory.

'Abd al-Halim 'Abd al-Qadr Muhammad a-Natah, 62, married and father of eleven is a farmer and a resident of Khirbet Qassa in Hebron District. His testimony was given to Musa Abu Hashhash, in Idhna on 4 November 2007. 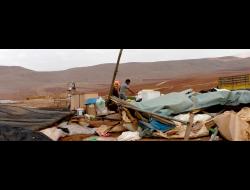 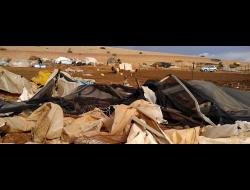