Until 4 January, my wife and I lived with our three sons and three daughters in a two-storey house on a-Sikka Street in Beit Hanun.

On Saturday, 3 January, around 8:30 in the evening, we were all sitting together following the news about the war. We heard massive firing outside, coming from all directions, and went to sit in the easternmost room of the house. We had prepared food and water in advance in that room because we thought it would be safer there. We heard tanks approaching and suddenly bullets penetrated the house. I asked my wife and children to lie on the floor.

The children were crying. My eldest son, Wadi'a, 17, began reading from the Koran and praying that Allah would save us from this war. I was very frightened, but I tried to appear strong in front of the children. The children asked me again and again to take them away from the house, and I told them that when the firing stopped, we'd go somewhere far from the tanks.

There were no Palestinian combatants next to my house. The house is very close to Erez Crossing, and our area is always under Israeli surveillance. A hot-air balloon with an observation camera is overhead all the time. So, because the Israelis could see that there was no resistance, I thought they wouldn't fire at us and we wouldn't get hurt.

The next day, 4 January, around 8:30 in the evening, a shell hit the house with no warning. It landed on the staircase and cut off the electricity. Less than a minute after that, another shell landed, this time in the living room. We all cried out in fear. I told my wife and children to keep lying on the floor. A few seconds after that, a third shell hit the room we were in. I heard a loud blast and the room filled up with smoke and dust. My wife shouted, “Help, I've been hit in the leg!” I felt that I had been hit in the eye. I called out the names of all the children to make sure they were alive. When they heard my voice, they began to shout. I got up and picked them up one after the other and took them to the house of our neighbor Ahmad Nseir. After that, Hassan, Ahmad's son, and I went back to get my wife and bring her to Ahmad's house. Al-Kafarneh home in Beit Hanun before it was destroyed. (Family photo) Ruins of the house after the army destroyed it. Photo: Khaled al-‘Azayzeh, B'Tselem, 27 January 2009.

I checked the children. They had all been hit by shrapnel and were wounded in the head and face. Shrapnel had penetrated the head of my three-year-old daughter, Wiaam. She had fainted. I spoke to her, but she breathed heavily and closed her eyes. My wife had been wounded in the head, face, legs, stomach, and hand. She was bleeding a lot. The neighbors helped me rip sheets and pillowcases and bandage the wounds to stop the bleeding.

Wadi'a, who had suffered the lightest wounds, and Hassan ran to the hospital in Beit Hanun, a bit more than a kilometer from the house, to get an ambulance. It took about an hour before two ambulances arrived. The drivers said they had been delayed because of the firing in the area.

The next day, I was taken to Nasser Eye Hospital too because my right eye was bleeding. Around 11:00 in the morning, I got a call from a-Shifa'a Hospital, telling me Wiaam had died. I left the hospital on my own responsibility because the doctors refused to discharge me.  I went to a-Shifa'a. An ambulance took Wiaam's body to the morgue at Kamal ‘Adwan Hospital.

That same day, I was informed that the army had demolished my house. I invested everything I had in that house. It cost me more than 100,000 dollars. The army demolished it with a bulldozer. The army also squashed my car, a 1998 Fiat Punto, and destroyed my chicken coops, which were 200 square meters big and had 1,500 chickens.

The next day, Tuesday, we buried Wiaam and I returned to the hospital in Beit Hanun for further treatment. While I was in the hospital, I learned that Muhammad had been transferred to a-Shifa'a Hospital. His condition had deteriorated and he had a lung problem. The doctors operated on him to save his life.

My wife is still in a-Shifa'a Hospital. She has undergone a few operations and has to have more, along with cosmetic surgery on her face because of shrapnel wounds.
The children and I are now staying with my brother Saber. We sleep in the guestroom. Although our financial situation is very bad, I'm looking for a house to rent.

Our life has been ruined. We have to start everything from scratch.

Jamal Mahmoud Hassan al-Kafarneh, 42, married with six children, is a farmer and a resident of Beit Hanun in the northern Gaza Strip. His testimony was given to Khaled al-‘Azayzeh at the witness's brother's house, in Beit Hanun, on 27 January 2009. 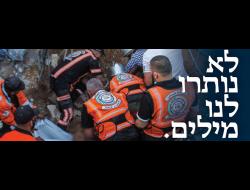