Maha Hijawi, Nablus resident, granted only one permit to visit relatives in her native Gaza since 2000

I was born in Gaza. I studied at a-Najah University in Nablus [the West Bank]. That’s where I met my husband. We got married in 1980 and I moved to Nablus to live with him there. I used to travel to Gaza about once a month. It took me two hours, door to door, from my home to my parents. In the nineties, after the first intifada, things changed and we had to apply for permits to go to Gaza. Everything got more complicated and I started going less often. At that time, I had to change the address in my identity card, registering Nablus instead of Gaza. The bureaucratic procedure with the Civil Administration at Beit El took about six months. Whenever I wanted to go to Gaza after that, I had to apply for a permit and submit an application with photocopies of both my parents’ identity cards as justification for the visit.

After the second intifada began, things changed again. The Israeli authorities wouldn’t grant any permits to visit Gaza. From 2000 to 2006, they didn’t issue any permits whatsoever. In 2006, I managed to get a permit to visit my mother and family in Gaza, but it was only for three days. It wasn’t enough time to make up for six years of missing them and dreaming of seeing my mother and my only brother and sister and their families.

In the seven years since then, I haven’t been able to get another permit. I had to travel through Jordan and Egypt to reach Gaza. Because I’m originally from Gaza, I need to get a “no objection permit” in order to go into Jordan. The permit is obtained through Jordan’s embassy in Ramallah and takes two or three weeks to get. On the bridge into Jordan, after you get through with the questioning by the shabak (Israel’s General Security Service), there are special procedures on the Jordanian side for residents of Gaza, so things take longer. Then you have to sleep at a hotel to wait for a flight or ship to Egypt. Then, once you get to Egypt, it’s a rough, exhausting seven-hour ride through the desert. We wanted to fly to al-‘Arish, but there are flights only twice a week so it didn’t work out. I went with two of my children, Raya, 17, and Ahmad, 12, and we stayed in Gaza for a month. When we wanted to go back home, we ran into a problem. Rafah Crossing was closed for several days and when it opened, there were long lines and it was very crowded. For a whole week I came there every day with my children, and every day we waited from 6:00 A.M. to 3:00 P.M. I lost a week of work at my engineering office in Nablus and projects got held up. The whole trip cost us 4,000 [US] dollars.

Because it was so expensive, exhausting, and full of delays, I’m concerned about making the trip again. I’m also afraid Rafah Crossing will be closed and then I won’t be able to go back to Nablus. I don’t understand why we’re not given permission to go to Gaza. We’re ordinary people and all we want is to visit our family and friends, nothing more. It’s a reasonable request. We’ve been suffering for thirteen years and no one pays attention to our problem. Human rights organizations help in cases of illness or death. Do I or someone in my family have to get sick or die for me to get to see my family? Even in these cases, the permit isn’t given in time, and you have to wait days or even weeks to get it.

In 2010, I had heart trouble and had to have an angiogram. I submitted a medical report so my mother would be given a permit to come see me. She got the permit only five days after I already had the surgery, and for just three days. I was so happy when she came. But she barely had a chance to get over the exhausting journey before she had to go back to Gaza. My elderly mother, a 75-year-old woman, had to go through all the waiting and the various steps of security inspection. It took her over six hours to get from Gaza to Nablus.

This coming June, my son is getting married. Sadly, none of my relatives in Gaza will be able to attend. The Israeli authorities give permits only to first-degree relatives: parents and siblings. You can’t get a permit for the wedding of a grandchild or a nephew. How can I marry off my son without his grandmother and uncles and cousins? I’ve taken this very much to heart.

My children don’t have real ties to their aunt and uncle and cousins in Gaza, and know them almost entirely through phone calls. They’ve barely met them. Once, when I asked one of my daughters to call her grandmother for Mother’s Day, she said, “Mom, out of sight, out of mind.” It broke my heart. I couldn’t blame her, because it’s true. I always ask my kids to speak to their grandmother and aunt and uncle on the phone, but what sort of a relationship can you develop that way? They’ve never felt what it’s like to have a grandmother or aunts and uncles. During the intifada and also during Operation Cast Lead, I was beside myself thinking about my family in Gaza. I was completely paralyzed. I couldn’t work at home or in the office. I’d quarrel with my husband and kids. They’d say: “Is this our fault? We’re not the ones who declared war on Gaza.” And then I’d cry. I prayed for my relatives to be safe.

Last Ramadan, Israel granted Palestinians in the West Bank thousands of permits to visit inside Israel. Palestinians travelled all over the country, from north to south, east to west, and even went to Jerusalem. Why do they still forbid us to visit Gaza and forbid Gazans from visiting the West Bank? It’s a violation of our basic rights. Gaza and the West Bank seem like two separate and distant planets, with no way of getting from one to the other.

Maha Hashem Shukri Hijawi, 51, is an engineer and interior designer. She lives with her husband and four children in Nablus. She gave her testimony, at her office in Nablus, to Salma a-Deb’i on 24 April 2013. 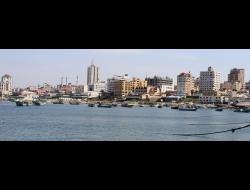 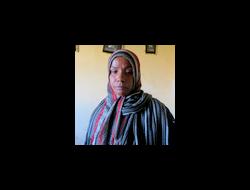