In administrative detention, a person is held without trial without having committed an offense, on the grounds that he or she plans to break the law in the future. As this measure is supposed to be preventive, it has no time limit. The person is detained without legal proceedings, by order of the regional military commander, based on classified evidence that is not revealed to them. This leaves the detainees helpless – facing unknown allegations with no way to disprove them, not knowing when they will be released, and without being charged, tried or convicted.

Israel routinely uses administrative detention and has, over the years, placed thousands of Palestinians behind by bars for periods ranging from several months to several years, without charging them, without telling them what they are accused of, and without disclosing the alleged evidence to them or to their lawyers.

In the West Bank (not including East Jerusalem), administrative detention is carried out under the Order regarding Security Provisions. The order empowers the military commander of the West Bank, or another commander to whom the power has been delegated, to place individuals in administrative detention for up to six months at a time, if the commander has “reasonable grounds to believe that reasons of regional security or public security require that a certain person be held in detention”. If, prior to the expiration of the order, the military commander has “reasonable grounds to believe” that the same reasons “still require the retention of the detainee in detention”, he may extend the original order for an additional six-month period “from time to time”. The Order regarding Security Provisions places no limit on the overall time that a person can be held in administrative detention, so the detention can be extended over and over. In practice, this allows Israel to incarcerate Palestinians who have not been convicted of anything for years on end.

Individuals held in administrative detention must be brought before a military judge within eight days – either of the original detention order or of its extension. The judge may uphold the order, reject it, or shorten the period of detention stipulated in it. Whatever decision the military judge makes, both the detainee and the military commander may appeal it to the Military Court of Appeals, and thereafter, to the High Court of Justice (HCJ). Hearings on administrative detention orders are held in camera, and the judges are permitted to set aside ordinary evidence law. In particular, judges may “accept evidence in the absence of the detainee or their counsel and without disclosing it to them”, if they are convinced that disclosing the evidence may “harm regional security or public security”.

Administrative detention of Israeli citizens and residents is carried out under the Emergency Powers (Detentions) Law. Over the years, Israel has used this measure against several Israeli citizens, including settlers. These are isolated cases, and in most of them, the detention lasted a few months. Since Israel “disengaged” from the Gaza Strip in September 2005, it has used the Internment of Unlawful Combatants Law to place Gaza residents under administrative detention. This measure has so far been used in very few cases. The provisions of both these laws are similar in essence to those of the military order that applies in the West Bank.

The Order regarding Security Provisions includes provisions that are ostensibly meant to protect administrative detainees, in keeping with the tenets of international law on this matter, which allow the occupying power to place residents of the occupied territory under administrative detention only in rare, exceptional circumstances. This has not stopped Israel from making extensive use of this measure in the Occupied Territories. Israel routinely uses administrative detention and has, over the years, placed thousands of Palestinians behind by bars for periods ranging from several months to several years, without charging them, without telling them what they are accused of, and without disclosing the alleged evidence to them or to their lawyers. Some of the detainees were under 18 years of age.

During the first and second intifadas, Israel held many hundreds of Palestinians in administrative detention, and the figure crossed the 1,000 mark several times in 2003 (during the second intifada). Yet the widespread use of this extreme measure is not confined to those periods: Since March 2002, not a single month has gone by without Israel holding at least 100 Palestinians in administrative detention.

Moreover, in some cases, the authorities use administrative detention as a quick and easy alternative to criminal trial, rather than to prevent future danger. This occurs primarily when they do not have sufficient evidence for indictment, or when they do not want to reveal the evidence they allegedly possess. This use of administrative detention is absolutely prohibited and totally blurs the distinction between an administrative proceeding that is intended as a prospective, preventive measure, and a criminal proceeding, whose purpose is punitive and retroactive. Israel also exploits this measure to detain Palestinians for their political opinions and for engaging in non-violent political activity.

In addition, the restriction in the Order regarding Security Provisions on the duration of administrative detention is meaningless, as the detention may be extended over and over with no time limit. Such extensions are not rare. At the end of May 2017, for instance, 475 Palestinians were being held under administrative detention in Israel Prison Service facilities. Of these, 128 had been held for six to twelve months, meaning their detention had been extended at least once, and 121 had been held for more than a year, meaning their detention had been extended at least twice.

The military order does require that detainees be brought before a judge, but this does little to prevent abuse of this measure, and the judicial proceedings on administrative detention are mostly a façade of judicial review. In the vast majority of cases, the judges accept the prosecution’s position and approve the detention order.

According to figures provided by the IDF Spokesperson, from the beginning of 2015 to the end of July 2017, 3,909 administrative detention orders were issued. Of these, 2,441 (62.4%) were extensions of existing orders. Only 48 (1.2%) were cancelled by a military court. The remaining detention orders were approved, as follows:

(Note: The discrepancy between the total number of orders and the number of court decisions appears in the original. Moreover, despite our request, the IDF Spokesperson did not provide B’Tselem with figures concerning the Military Court of Appeals).

Moreover, the judges always accept the prosecution’s demand that the evidence remain confidential for “reasons of national security”. By following this practice, the judges turn the exception provided for in the administrative detention order into a rule that denies detainees any possibility of mounting a defense against the allegations. The secrecy of the evidence prevents detainees and their counsel from examining the quality, veracity and relevance of the information used against them. True, the military judges and the HCJ justices have stated that, given the confidentiality, they must fill the void and act as defense for the detainees. However, this statement is not followed up in practice. In the overwhelming majority of cases, the judges do not ask to see the ISA’s information, do not examine the military prosecution regarding the information that led to the detention, and simply accept the arguments presented to them as fact.

The power to incarcerate people who have not been convicted or even charged with anything for lengthy periods of time, based on secret “evidence” that they cannot challenge, is an extreme power. Israel uses it continuously and extensively, routinely holding hundreds of Palestinians at any given moment. The state makes sure to lend this policy a guise of legality by requiring the courts to review every detention order. In these proceedings, the detainees are represented by counsel; they may appeal the judge’s decision, and the hearings follow procedural and evidentiary rules. However, this is merely a façade of judicial review, as the detainees have no real opportunity to mount a reasonable defense against the allegations. Nevertheless, the courts routinely uphold the detention orders. At the end of the day, the military, the Military Advocate General’s Corps and the State Attorney’s Office, military judges and the justices of the HCJ Court are all complicit in creating this state of affairs. 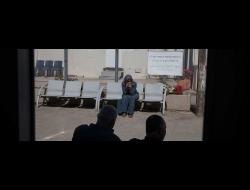